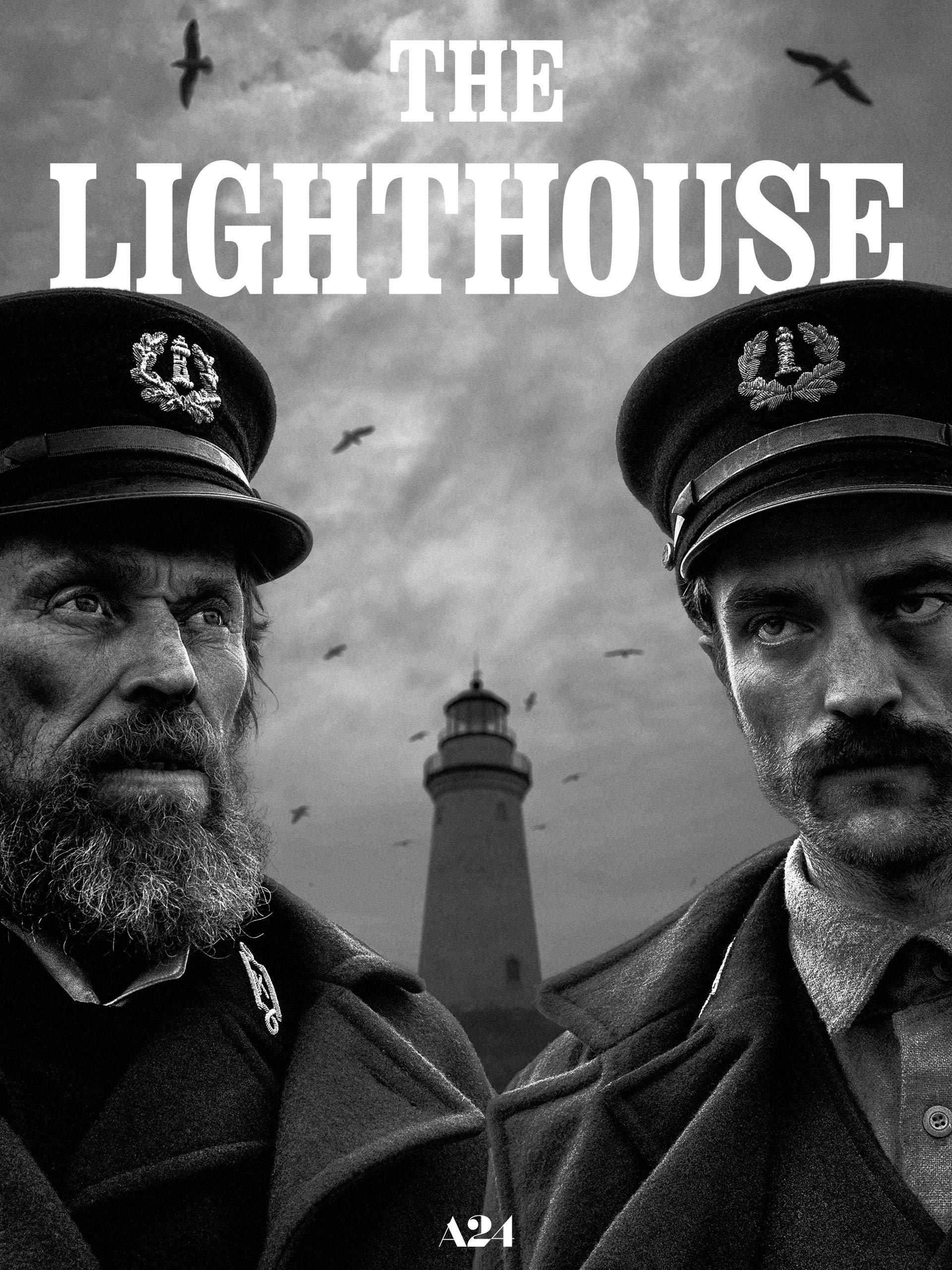 Are you looking for a crazy movie, with very little story, about two guys who delve deeper and deeper into madness? Well, if you are, this is the movie for you!! We are of course talking about the Willem Dafoe, and Robert Pattinson movie, The Lighthouse!

It tells the story of Ephraim, a younger man who finds a contract job working with Thomas, an older lighthouse watchman. Together they are supposed to take care of the lighthouse for a season. BUT, Ephraim’s boat is not able to make it back to the island, because of a terrible storm, thus trapping him there. Deeper and deeper into insanity, the two men fall, seeing visions, and drinking anything that they can make into liquor. What happens to the both of them when they start to suspect each other of maleficence?