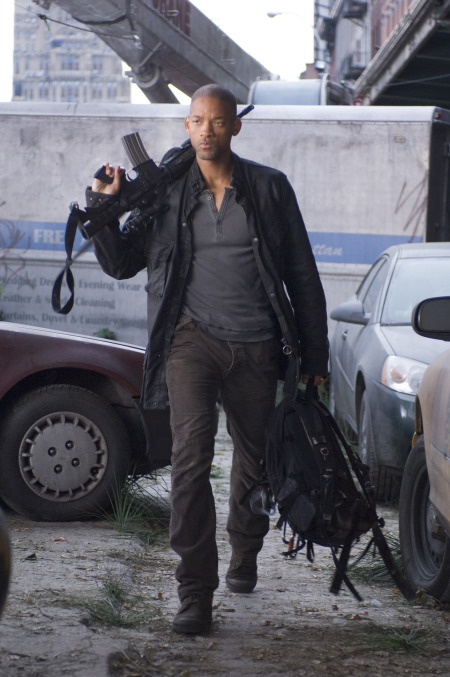 So there was some pretty big news in the last day or so, on the I Am Legend front, if you haven’t heard it already. Since the time that the original movie came out, there’s always been some rumors about a possible sequel. Now, that would make sense, as the ending left a lot of room open for a possible sequel. But, that’s where this latest news gets a little confusing!

If somehow you haven’t seen the Will Smith movie, I Am Legend, I’m about to spoil the ending, so spoiler alert! At the end of the film, Will’s character, Neville, figures out the cure for the human race, as at this point, every person that he knows about has been infected with something that turns you into a zombie/vampire. At the cost of his own life, he pushes two other surviving humans (Ann and her son Ethan) into a coal chute, so that they can escape the ensuing hoard. While they’re escaping, Neville sets off a grenade to kill all of the zombies/vampires in the home, as well as himself.

Keeping in mind that supposedly Neville has died, the news that Will Smith will be RETURNING as the same character, to the sequel is definitely confusing, but also makes the team producing the film, have to come up with something real clever in order for it to make sense. Aside from this cool news, which is cool by itself, the cooler news, is that Michael B. Jordan will be co-starring in the film alongside Will Smith!! That’s the fun news, that we will indeed get a sequel, and that both Michael and Will are going to be starring in it! Honestly, most people will probably forgive the original’s ending, just to see those two actors on the screen!

Tags: I am legend, I am legend 2, michael b. jordan, neville, Will Smith