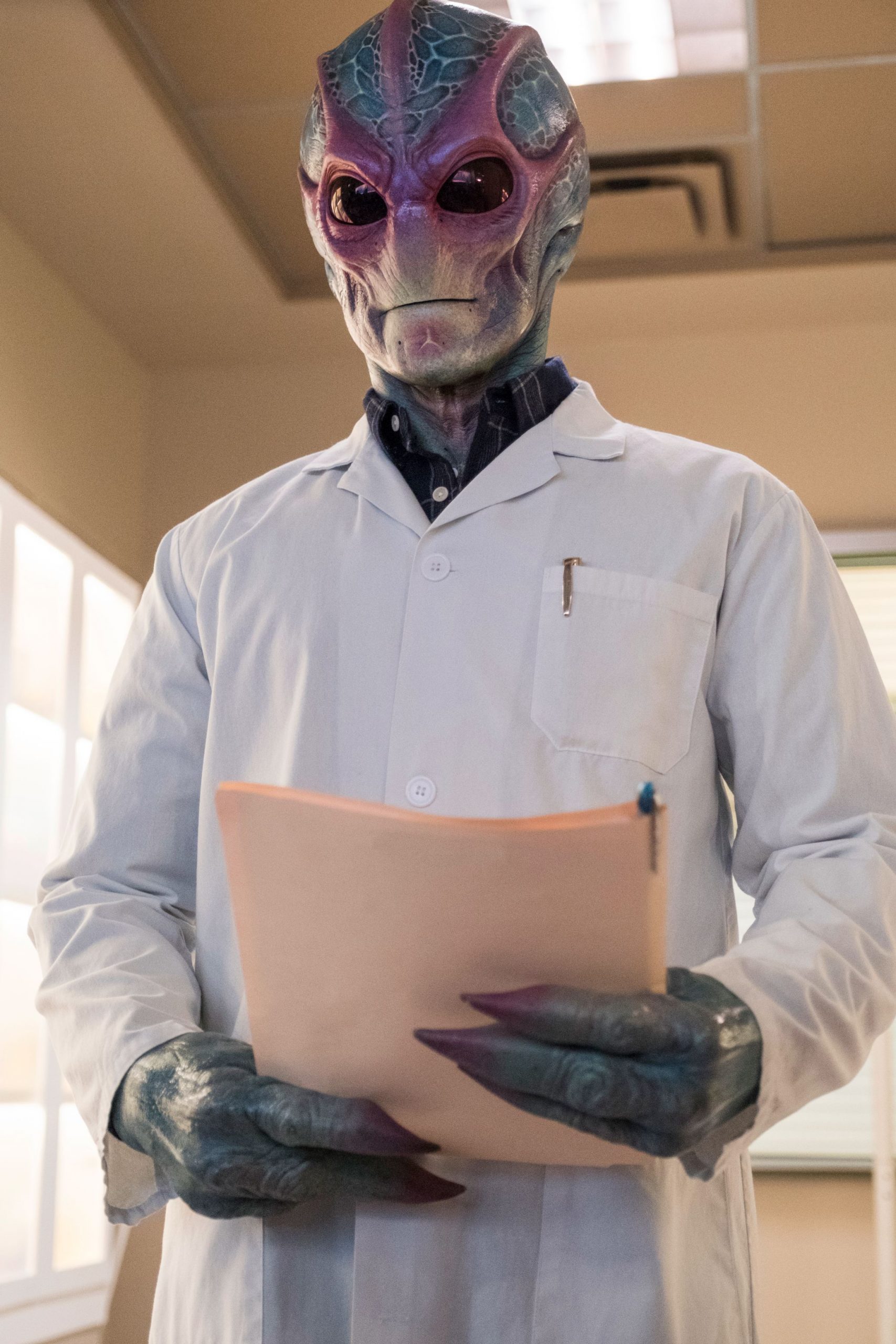 I KNOW, that you all think that Alan Tudyk is an acting stud! If you don’t think that, then we don’t believe that we can be your friend…….Alright, I guess if you’re not a Tudyk fan, we’ll forgive you! BUT, our next topic is pretty much ALL about the Tudyk!! Lately Alan has been strecthing his acting chops, in the voice acting realm, but this is a little bit of a departure from that. We are, of course talking about the hilarious series on the Syfy channel, Resident Alien!

On his way to destroy the earth, Captain Hah Re (Alan Tudyk) accidentally crashes his ship, on the planet! He ends up crashing near a home, out in the middle of nowhere, killing the owner, and taking over his body. NOW, he has assumed the identity of Dr. Harry Vanderspeigle, who has been asked to take over, as the town doctor! Not only that, but there is one kid in the town, that somehow, has the ability to see Hah Re, in his true form as an alien. The child’s attempts to kill Hah Re, end in pure hilarity, with Hah Re ALSO trying to kill this innocent child. This is definitely worth the watch everyone, if you haven’t seen it already!