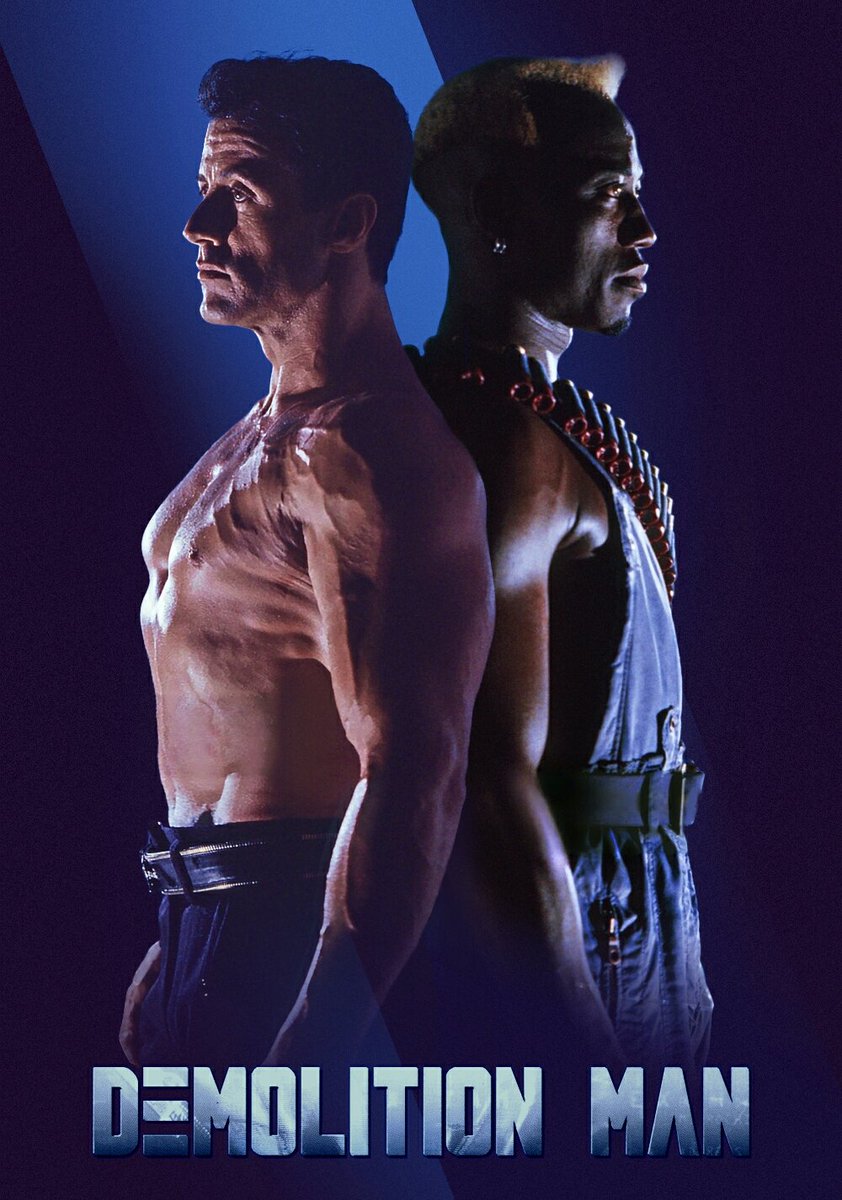 It’s pop culture classic time everyone!! We’re not going back TOO far for this one, just to 1993! A time, where in the movie, for the most part, it’s 2032! Sylvester Stallone and Wesley Snipes are teaming up, or trying to kill each other, in this action movie, Demolition Man!

Come on, when was the last time that you watched Demolition Man? It might not be the most up to date movie in the world, and it might not be the most well acted movie, but it is a LOT of fun! Demolition Man tells the story of a cop who was accused of murder, and has to be put in stasis, with the criminal that he arrested! They’re both brought back in the year 2032, in order to stop each other, and of course, all hell breaks loose!! Make sure that you’re ready for a future filled ONLY with Taco Bell, yet also devoid of anything that is bad for you, including profane language! Also, before you use the lavatory after that Taco Bell, make sure that you’ve read the instructions on how to use those damn shells!