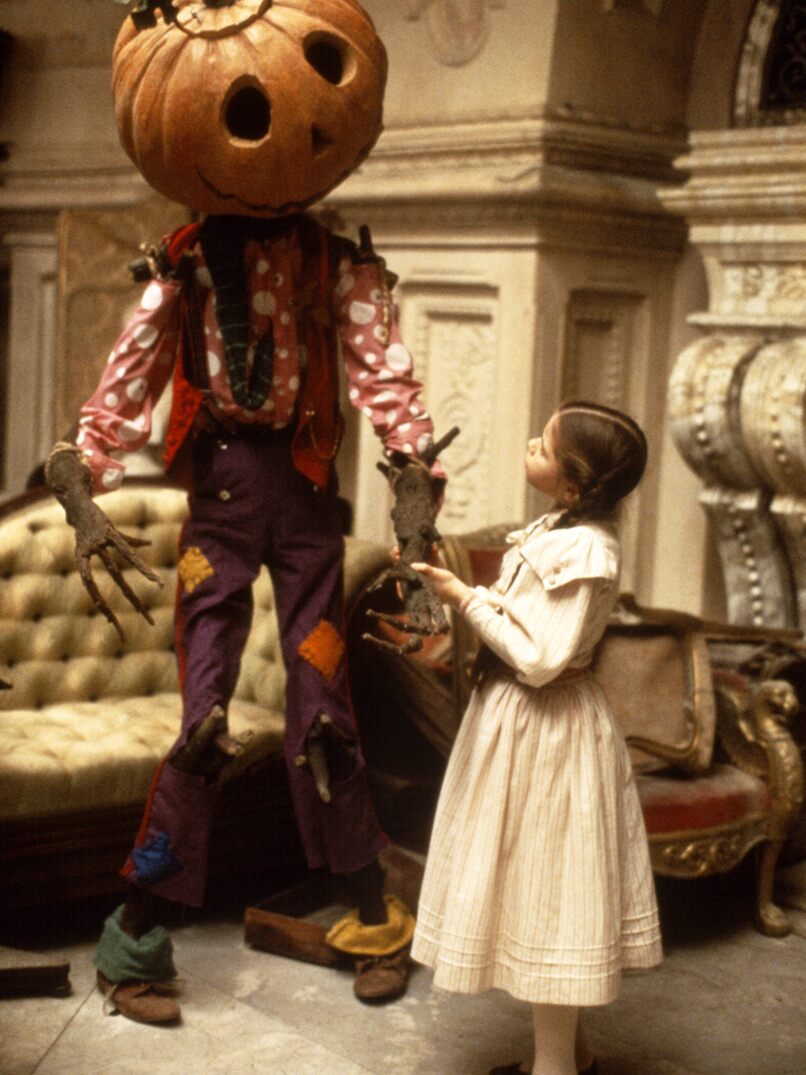 It’s time, to go back in time! The story of this next pop culture classic, seems to be a little bit of a bumpy road! We’re going back thirty five years, to 1985!! Now, some say that this IS a sequel, some say that it’s an unofficial sequel, but either way, it DOES follow the time after the Wizard of Oz. We are, of course, talking about Return To Oz!

In 1954, Disney buys the rights to the rest of the Oz movies, from Baum, the author. In 1980, it was suggested that another film be made, as Disney would be losing the rights to the film soon thereafter. Because of the rush, the schedule fell behind, and the movie performed poorly once it was released. Return to Oz is the story of Dorothy, after her time in Oz. At this point in time, the Scarecrow is missing, with his kingdom in shambles. The whole populous of Oz has been turned to stone, or has been lost to the desert. Upon the re-watch, I think we all agreed that it was actually a very watchable movie, so make sure you go back and give it a chance!