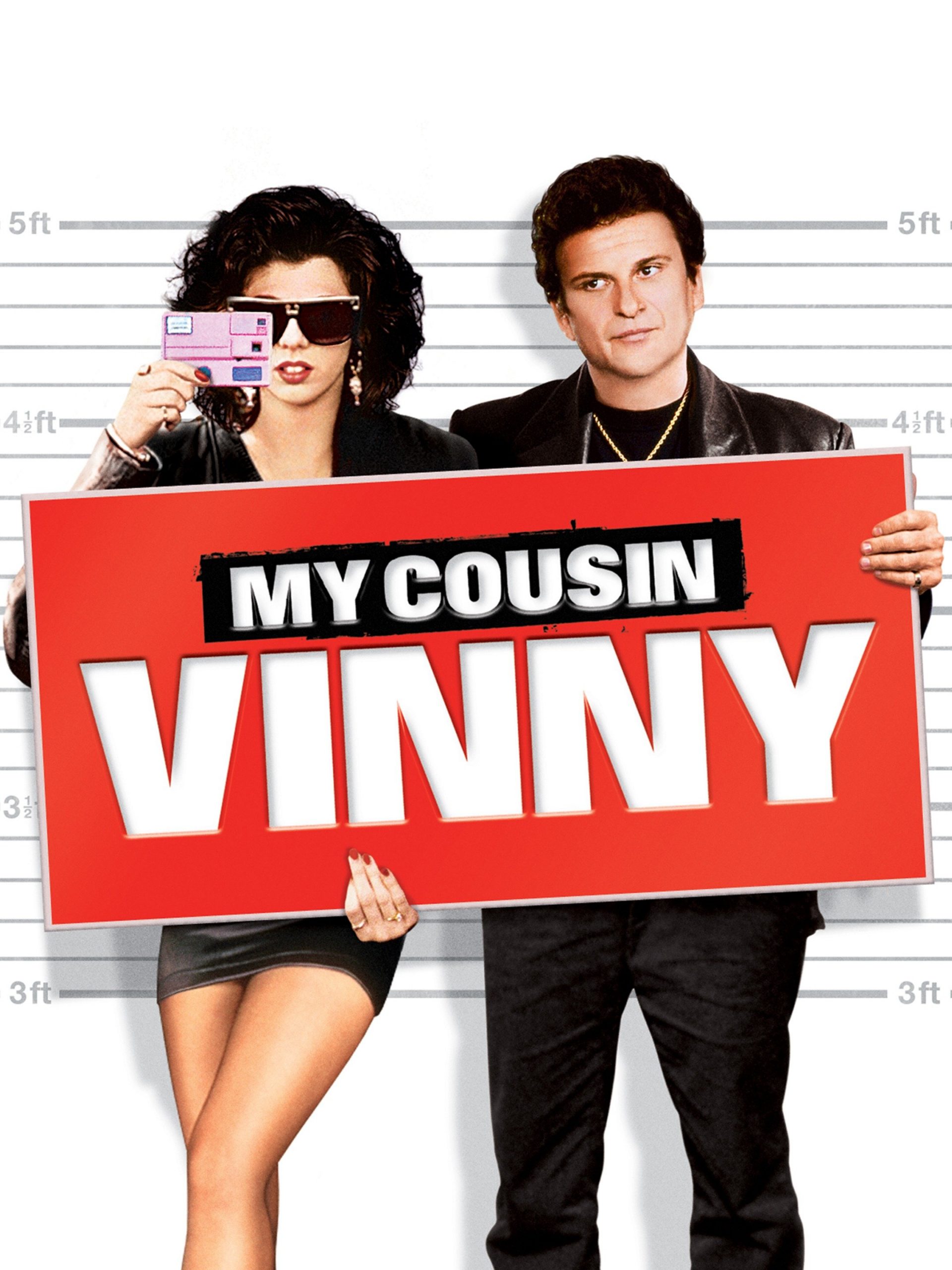 Do you see and remember Joe Pesci as a comedic actor, or a more serious actor in a bunch of different mobesque movies? Well, no doubt, the topic on hand today, is probably one of his most well known comedies of his whole career. There might be an argument as well, that this might be one of his most well known movies? We are of course speaking about the Joe Pesci, Marisa Tomei, and Ralph Macchio film, My Cousin Vinny!

“New York lawyer Vinny has never won a case. When his teenage cousin Bill and his friend Stan are accused of murder in a backwater Alabama town, it’s up to the nervous Vinny to save him from jail, even though he’s only ever tried personal injury cases before, and none of them successfully.”

So, what do you do when you’re accused of murder, but think that you’re getting accused of shoplifting? What do you do, when this all happens in a small country town in the middle of nowhere, and you’re from a big city? Well, you call your cousin, who barely has any experience in being a lawyer of course!! Along with this amateur lawyer, he brings his fiancée, who just happens to be an expert in mechanics!! This makes for a bunch of hilarious different situations!