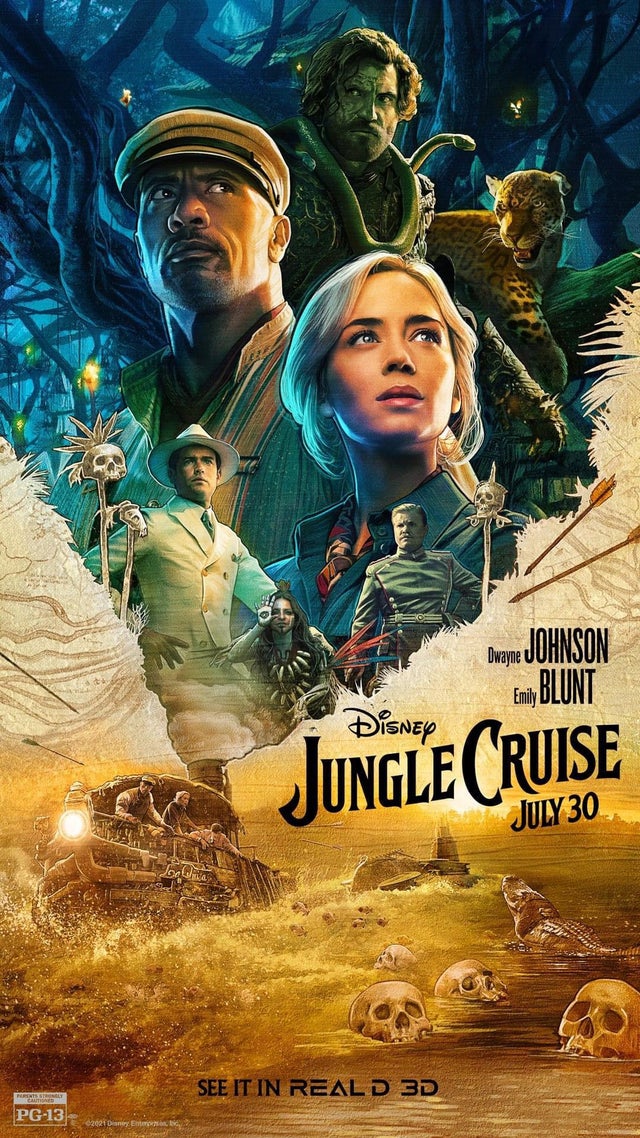 Have you ever wondered what a movie would be like, that was made from a concept stemming from a ride at Disneyland? Do you think that Disney would even be able to make a full storyline out of a ride, that doesn’t really do much but go down a river? Well, if you’re answers were yes, then this might be the movie for you! Especially a movie starring Dwayne The Rock Johnson, and Emily Blunt!! We are of course speaking about Disney’s Jungle Cruise!

“Dr. Lily Houghton enlists the aid of wisecracking skipper Frank Wolff to take her down the Amazon in his ramshackle boat. Together, they search for an ancient tree that holds the power to heal — a discovery that will change the future of medicine.”

So, Emily Blunt’s character, Lily, hires Frank (The Rock) to help her find a location, that is supposed to be filled with a tree that will change the course of medicine for the entire world! Of course, that can’t be the only thing, as you find out a lot more about what Frank is hiding, and why he seems to never want to leave his home on the river. You also find out a little bit more about what might be considered his “extended” family, and his pet tiger! Make sure you go check out this fun movie, and see what you think about how well Disney did, by converting this ride, into a full fledged movie!