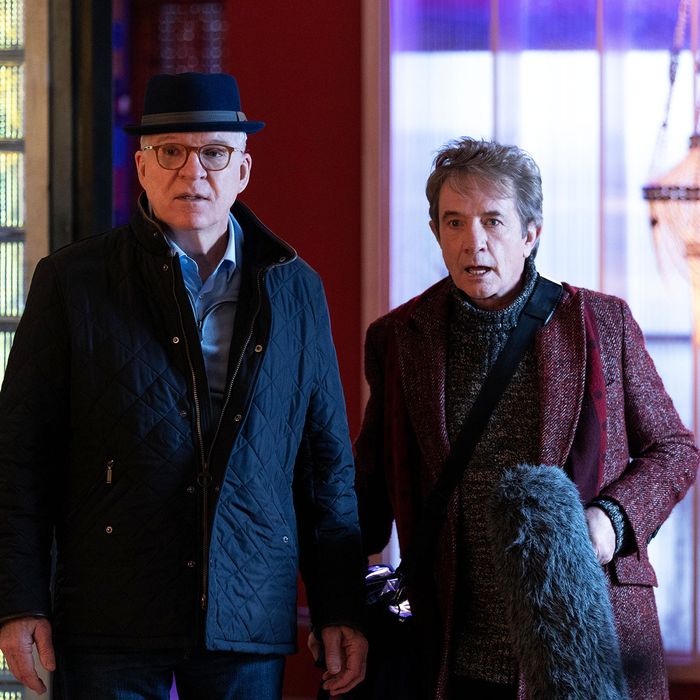 When was the last time that you saw Martin Short and Steve Martin in a project together? The last time they were together for a project was for a Netflix special, An Evening You Will Forget for the Rest of Your Life! Now, they have a great relationship, and chemistry, and you wouldn’t think that adding Selena Gomez to the mix would add to that chemistry, but man, this is a great trio!! We are of course talking about the Hulu series, Only Murders in the Building!

“Only Murders in the Building follows three strangers, played by Steve Martin, Martin Short, and Selena Gomez, who share an obsession with a true crime podcast. After a murder in their building, the three neighbors decide to start their own show that covers their investigation of the murder.”

Only Murders in the Building, follows a trio of people who live in an apartment building, where a murder took place. All three friends have an affinity for podcasts, and in their mind, the next logical step, was to create a podcast that explored the murder in the building. The police of course think it was a suicide, and the three friends are setting out on not only debunking that theory, but also finding the murderer!