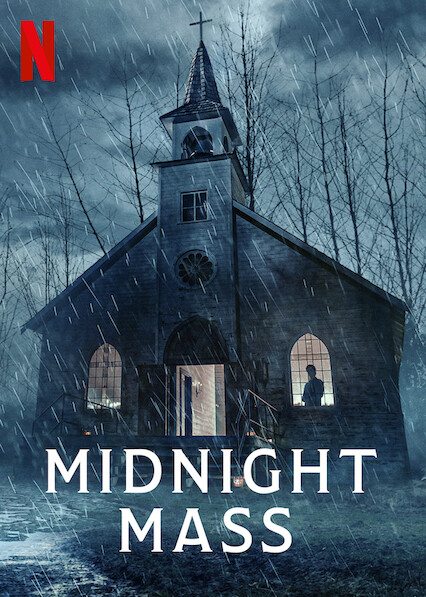 There had been a ton of chatter about this show before we thought it was a good idea to give it a watch! BUT, with very little information to go off of, I also had no idea what the heck to expect while watching the series. I didn’t even really know what the crux of the show was, until the back half of the whole series, because the show is powerful at making you believe that other things are going on!! We are of course speaking about the Netflix series, Midnight Mass!

“Midnight Mass is an American supernatural horror streaming television miniseries created and directed by Mike Flanagan and starring Zach Gilford, Kate Siegel, Hamish Linklater, Samantha Sloyan, Rahul Kohli and Henry Thomas. The plot centers on an isolated island community that experiences supernatural events after the arrival of a mysterious priest. It was released on Netflix on September 24, 2021, and received positive reviews.”

After the small town priest disappears, and a younger priest appears, supposedly with the information as to what is going on with the old priest, and the permission of the Vatican, many supernatural/religious/weird things start to occur! Not only do we figure out where this young priest comes from, and what kind of creature he has found out in the middle of an ancient ruin, but we also learn a lot about the religious sect that happens to be creepily taking over the town. Do NOT miss out on this show, we were healthily surprised at how good this is, while tackling different themes!