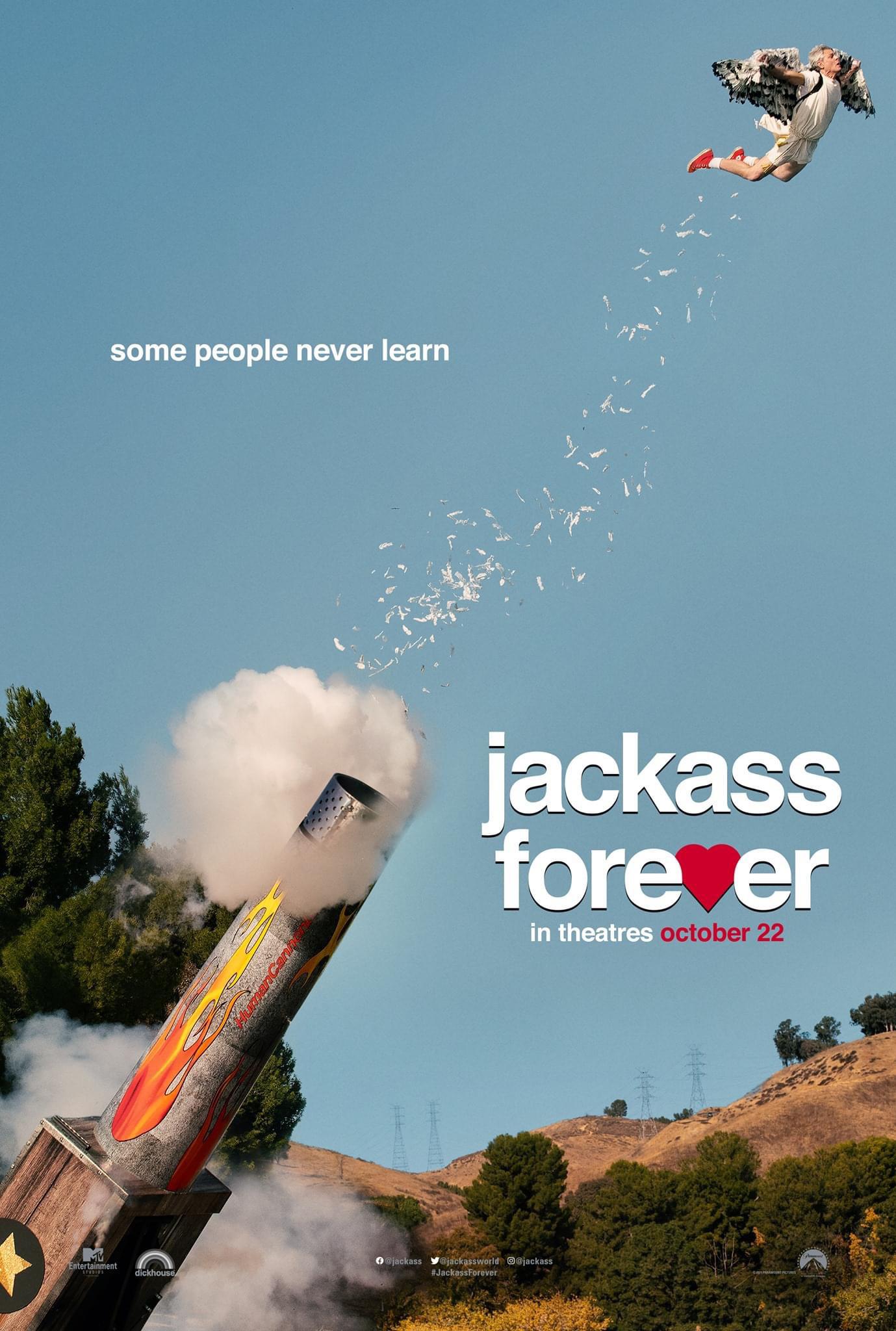 There is honestly not much to say about today’s topic, in the form of a plot, or some kind of story. If you’ve watched anything Jackass, then you know that there is no intention in any of their movies, aside from getting themselves hurt, and making the audience absolutely fall over laughing, at their paint! Today, we’re talking about their latest entry in the Jackass saga, and maybe the original crew’s last, Jackass Forever!

“Celebrate the joy of a perfectly executed shot to the groin as Johnny Knoxville, Steve-O and the rest of the gang return for another round of hilarious, wildly absurd and often dangerous displays of stunts and comedy.”

Like I said, you know the Jackass routine. People do crazy stuff, and get hurt doing them. There are many gratuitous penis shots, and more than anybody’s fair share of shots to the cup! This movie did do something different though, as it felt more like a passing of the baton, than a normal sequel. There are many new faces for everyone to laugh at, and to hopefully care the torch moving forward. After all, it will eventually become unfunny, and more scary, to keep watching Johnny Knoxville and the original cast getting hurt into the seventies! But, this is a very good continuation in the series, and one that had me laughing throughout it’s entire run time!