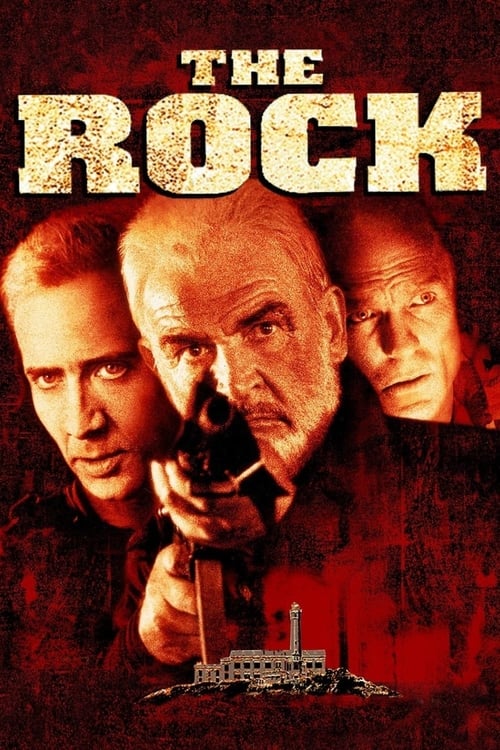 Time to go back to 1996, when I was all of nine years old! We’re taking you to a film in which there happens to be a TON of over acting, but never in a bad way! There are even rumors that suggest that the character that Sean Connery plays, is just a future version of his James Bond character!! We’re talking about the Sean Connery, Nicolas Cage, and Ed Harris film, The Rock!

“FBI chemical warfare expert Stanley Goodspeed (Nicolas Cage) is sent on an urgent mission with a former British spy, John Patrick Mason (Sean Connery), to stop Gen. Francis X. Hummel (Ed Harris) from launching chemical weapons on Alcatraz Island into San Francisco. Gen. Hummel demands $100 million in war reparations to be paid to the families of slain servicemen who died on covert operations. After their SEAL team is wiped out, Stanley and John deal with the soldiers on their own.”

I’m not all too sure what 1996 looked like, but what a world we live in now, where Ed Harris looks like he might have been the good guy in The Rock! All he’s doing is trying to get compensation for soldiers’ families, whom he thinks were screwed over by the government! Seems right on point with what is going on today. Once again, we’re in a wind storm, so it’s tough to really be able to jump into the movie entirely, but let us know what you think about this movie, and let us know what you think about our short thoughts!