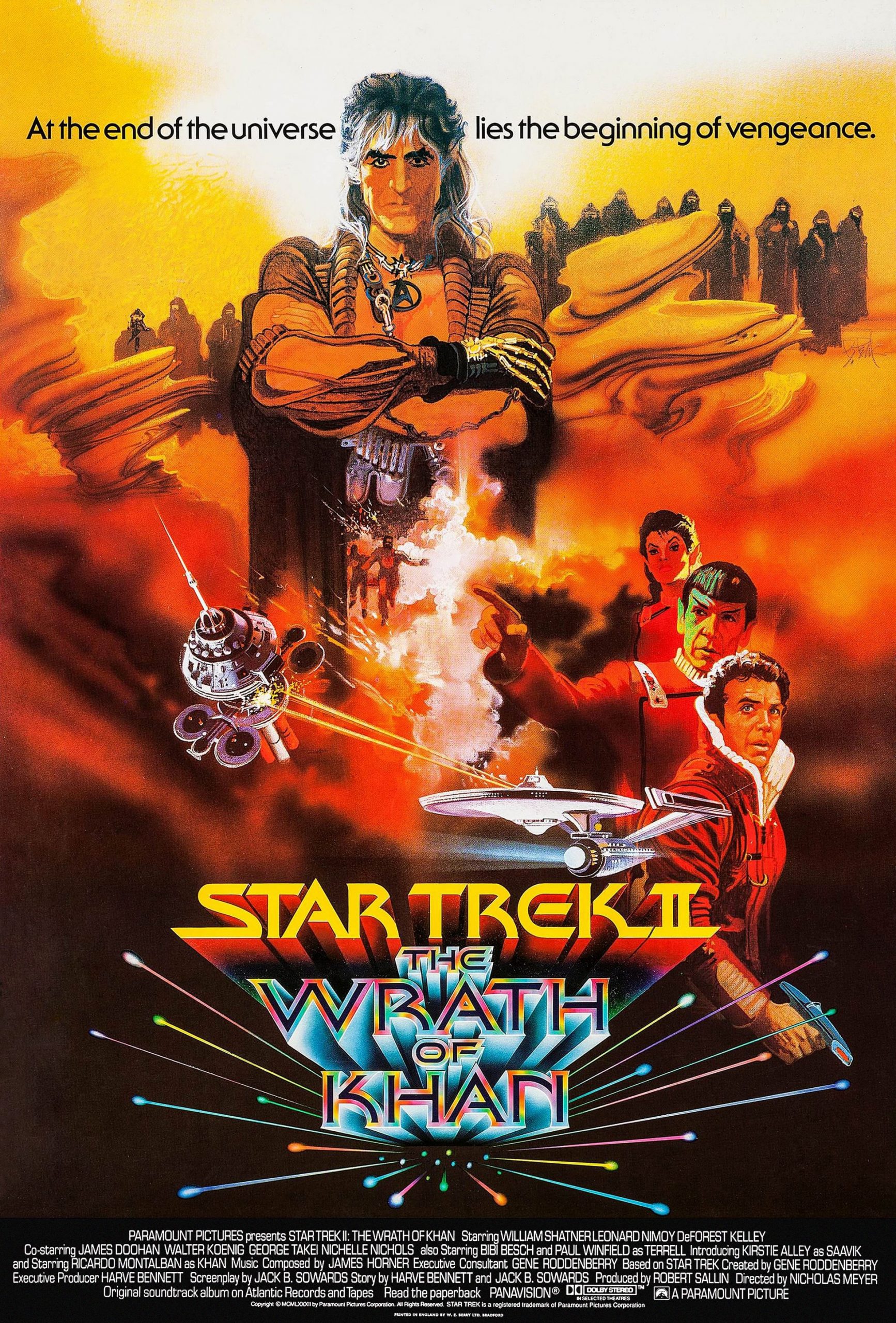 It’s pop culture classic time everyone!! The film that we’re talking about today is a sequel, but really only in name. The first movie, aside from the characters, has very little to do with this movie. This sequel actually is the starter to a bigger arch that spans many different films itself! We are going all the way back to 1982 to talk about Star Trek II The Wrath of Khan!

“As Adm. James T. Kirk (William Shatner) and Capt. Spock (Leonard Nimoy) monitor trainees at Starfleet Academy, another vessel from the United Federation of Planets is about to try out the planet-creating Genesis Device in a seemingly deserted portion of space. In the process, two of Kirk’s officers are captured by Khan (Ricardo Montalban), an enemy Kirk thought he’d never see again. Once more, Kirk takes the Enterprise’s helm, where he meets Khan’s ship in an intergalactic showdown.”

In all their hokey glory, we learn more and more about Captain Kirk, and Spock. We learn about Kirk’s failures as a captain, but also as a father. But, we do also get to learn about his good sides, especially when it comes to Spock. They grow a really great relationship with each other in this movie, which carries the storyline into future movies! Though, cinematically this might not be the “best” Star Trek movie to date, it is regarded as most peoples’ favorite of the Star Trek movies.