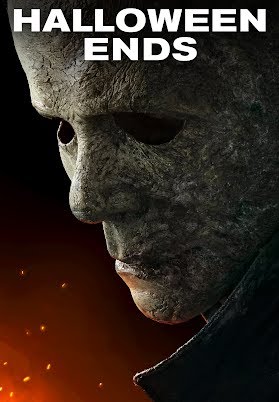 There was a lot of hype going into today’s subject. I don’t necessarily mean from us, but I mean hype around the movie in general. The reviews for the newest versions of Halloween seemed to be relatively positive, and this was the one that was going to bring it home! We’re talking about the trilogy ending, Halloween Ends!

“Four years after her last encounter with masked killer Michael Myers, Laurie Strode is living with her granddaughter and trying to finish her memoir. Myers hasn’t been seen since, and Laurie finally decides to liberate herself from rage and fear and embrace life. However, when a young man stands accused of murdering a boy that he was babysitting, it ignites a cascade of violence and terror that forces Laurie to confront the evil she can’t control.”

As always, we recommend that you go watch the movie, and form your own opinion. You may find that the titular villain isn’t as present as you might like, in this final film. It almost feels like a Michael Myers adjacent movie, as apposed to a straight Michael Myers/Halloween movie! But, give a try and see what you think!