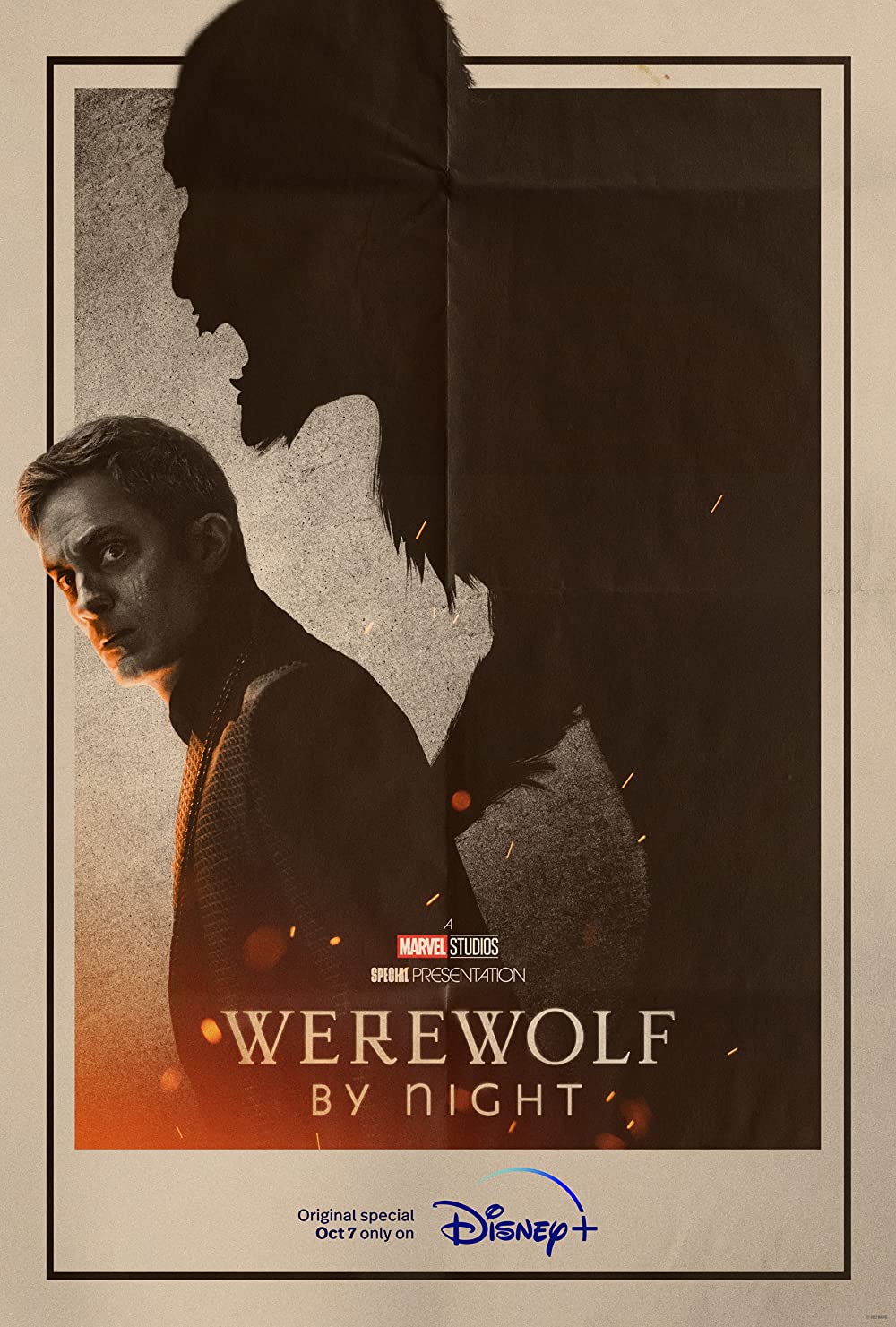 The subject of today’s episode came as a surprise release to most people, but ended up being a very fun surprise for everyone!! They labeled it a “special presentation” which we assumed just means that it’s a “short” as opposed to being a full feature length film. We are talking about Marvel’s Werewolf by Night!

“It is the first Marvel Studios Special Presentation in the Marvel Cinematic Universe (MCU), sharing continuity with the films and television series of the franchise. The special was produced by Marvel Studios, and follows a secret group of monster hunters as they compete for a powerful relic while going up against a dangerous monster.”

This film clocks in at just a short 53 minutes. BUT, it does a lot of heavy lifting in that 53 minutes. We get introduced to a whole bunch of new people, including three major characters; Elsa Bloodstone, Jack Russell, & Man Thing. The introduction Man Thing, was especially surprising, and the waves were felt around the internet, in the form of some fun reviews. If you’re a fan of this side of the Marvel universe in the comics, you definitely need to make sure that you make time to watch this film!