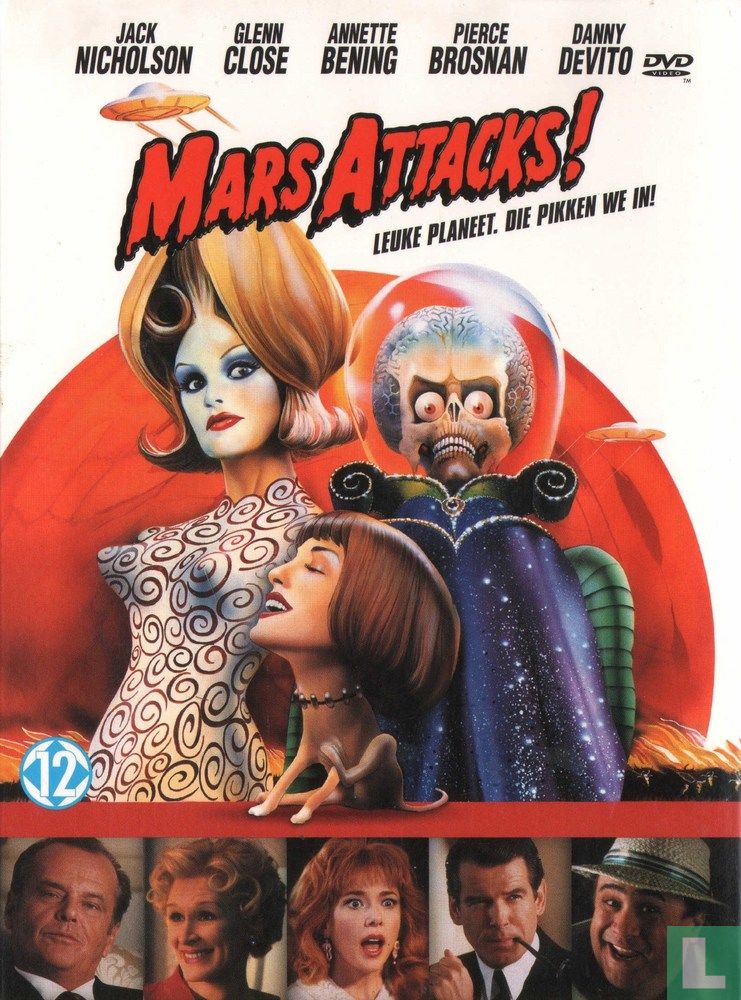 1996 was the year of the aliens!! Independence Day came out this summer, in a race to beat our topic, to the theaters. The Independence Day creators never thought that they would be taken seriously if they made their movie come out after Mars Attacks! So, we were treated to both movies that year, and we are talking about the sillier of the two movies!

“A fleet of Martian spacecraft surrounds the world’s major cities and all of humanity waits to see if the extraterrestrial visitors have, as they claim, “come in peace.” U.S. President James Dale (Jack Nicholson) receives assurance from science professor Donald Kessler (Pierce Brosnan) that the Martians’ mission is a friendly one. But when a peaceful exchange ends in the total annihilation of the U.S. Congress, military men call for a full-scale nuclear retaliation.”

Thanks to Jack Nicholson, we were treated to one of the silliest, most celebrity packed movies that has probably ever existed. From the heads on the dogs, to the aliens tricking humans into thinking they’re our friends, this movie is chalk full of laughs. Not to be taken too seriously of course, this is still worth the watch, even sixteen years later!