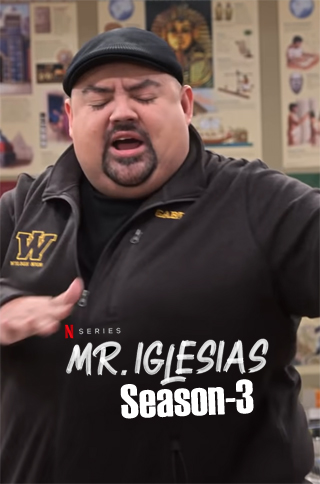 Gabriel Iglesias is a pioneer, as far as the comedy industry goes! So, you know that whatever he was going to do, as far as a series goes, was going to be just as fun as he is, during his comedy! I think that he hit it out of the park, with his Netflix series, Mr. Iglesias!

Mr. Iglesias, of course, stars Gabe, playing an exaggerated version of himself, who is a history teacher at Woodrow Wilson High School! One of the great things about this series, is of course, how extremely funny the cast is as a whole! Included in this cast are, Jacob Vargas, Sherri Shepherd, Richard Gant, & Oscar Nunez, including a cast of hilarious children; Cree Cicchino, Tucker Albrizzi & Gloria Aung. PLUS the hilarious Fabrizio Guido, who we had the opportunity to speak with, about Mr. Iglesias, which you can find HERE! If you want a series that will make you laugh, this is definitely the series for you!