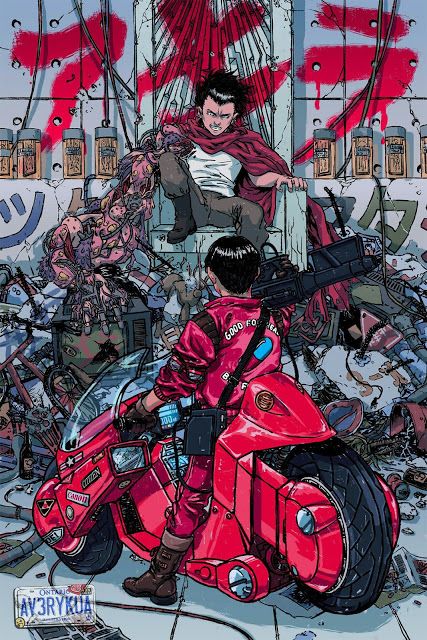 It’s pop culture classic time everyone!! For this pop culture classic, we are going back pretty far, but not only in time, but also in concept. As far as the time goes, Akira came out in Japan, in 1988, and in the United States, in 1989. As far as the concept goes, it was one of the very first times, that the United States was exposed to this kind of anime. It was one of the first time’s, that something so imaginative, and beautiful, was exposed to a brand new audience. A lot of anime fans, will point to this film, as being one of the main reasons that they fell in love with the genre itself.

Now, as a first time watcher, I’m not quite sure how I feel about the storyline itself, but I’m also not sure that this was an important part of what was happening when this movie came out. Akira is the story of a dystopian 2019, when the world is in shambles. Many things are happening, and one of them happens to be, the finding of some kind of celestial being. It’s a big concept, that is supported by beautiful animation.