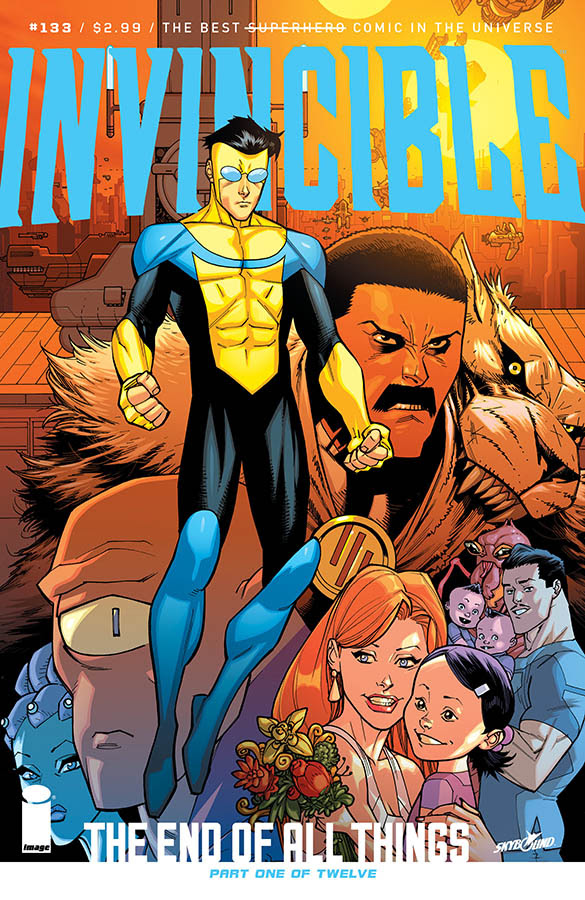 There aren’t that many (per capita) shows that are created from comic books. Of those, we do our best to try and speak about as many of the as we can, when they hit live. THIS is one of those topics, that we were pretty excited about getting into? Robert Kirkman, obviously super popular because of his Walking Dead comic book, but also because of the role that he has played in the Walking Dead TV show, is also the creator of today’s topic! We are, of course, speaking about the series, Invincible.

Steven Yeun, of Walking Dead fame, steps into the titular role, in order to play Mark Grayson/Invincible! PLUS the incredible JK Simmons steps in to play the second major role as, Nolan Grayson/Omni-Man. This series, tells the story of Invincible, really coming into being, and into his own. Mark doesn’t think that he’s ever going to get any super powers, because of his father having married a normal human without super powers. But, when they finally arrive, how does Mark deal with everything? How does he deal with trying to save the world, and trying to have a girlfriend? OR, the possibility of a girlfriend on his team? Give it a watch!