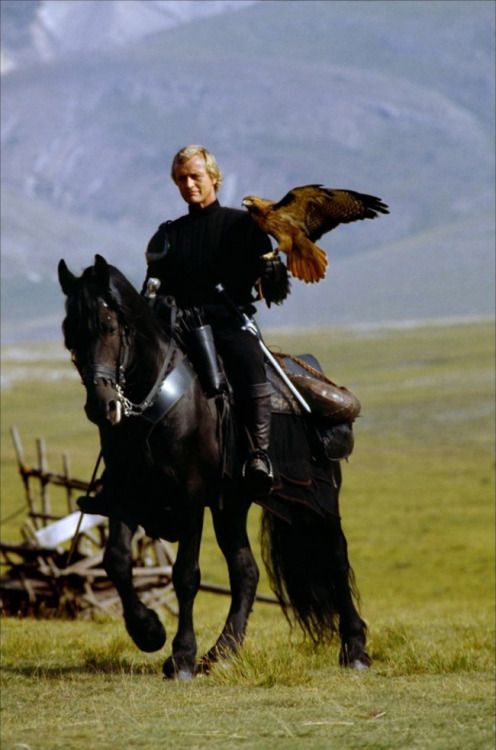 I’m not quite sure how to describe our next episode, which is also our pop culture classic! We’re going back to 1985, in order to talk about a tale that is as old as time. You know, the one about a Hawk, and a Wolf? You don’t remember that tale? Well, for this episode, we’re talking about the film, Ladyhawke!

Ladyhawke is the tale of two lovers who end up being cursed! Due to this curse, the two lovers now have to suffer as different animals, at exactly opposite times, which means that they NEVER get to spend any time together, as humans! Etienne is cursed to be a wolf during the night, and Isabeau is cursed to be a Hawk during the day time. That, plus a little bit of Matthew Broderick thrown in there, for some good measure, and some “comedic” relief every now and then! So of course, this film is all about the team of good guys, trying to figure out how to vanquish the bad guys, and life the curse all at the same time! Will the lovers ever be able to spend time together as human beings?