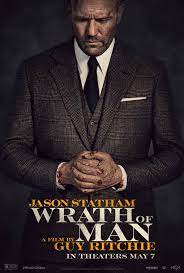 “Mysterious and wild-eyed, a new security guard for a cash truck surprises his co-workers when he unleashes precision skills during a heist. The crew is left wondering who he is and where he came from. Soon, the marksman’s ultimate motive becomes clear as he takes dramatic and irrevocable steps to settle a score.”

This is one of the darker movies that Jason Statham has attached himself to, but it definitely pays off in the end. He’s flexing more of his mobster style acting, than his normal martial arts acting, which, in my opinion, makes this feel a little different, and you are a little more connected with him, when you figure out what his motives are. Give it a try, and we promise that you won’t come out dissapointed!