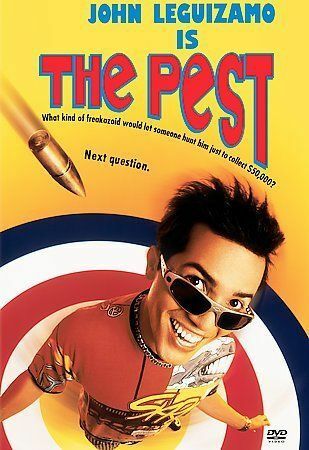 It’s pop culture classic time again everyone! During ever recording session, we take look back at something from our childhood, and take a deeper dive on something we probably haven’t seen in a while. Then, we decide whether or not we think it still holds up. For today’s episode, we’re going all the way back to 1997, to revisit a John Leguizamo film, The Pest.

“Fast-talking Latino con artist Pestario “Pest” Vargas (John Alberto Leguizamo) is the target of Scottish mobsters to whom he owes a considerable debt. Willing to do anything to raise money and avoid severe injury or death, Vargas agrees to a very unusual job — he will be transported to a remote island and hunted by Gustav Shank (Jeffrey Jones), a racist German executive. If he can survive a full day and night, Vargas gets $50,000 and will be set free. Is he wily enough to elude Shank?”

This year, 1997, was a very busy year for John Leguizamo. He had three different movies come out, including Spawn. Now, we have a lot of thought about this movie, and about some of the themes that come out of this movie, including racism, and whether or not we think that we need to see ourselves in the characters that are on the big screen, or on TV. Do you think this was the star of Leguizamo’s 1997? Or is The Pest something that needed to get eradicated?