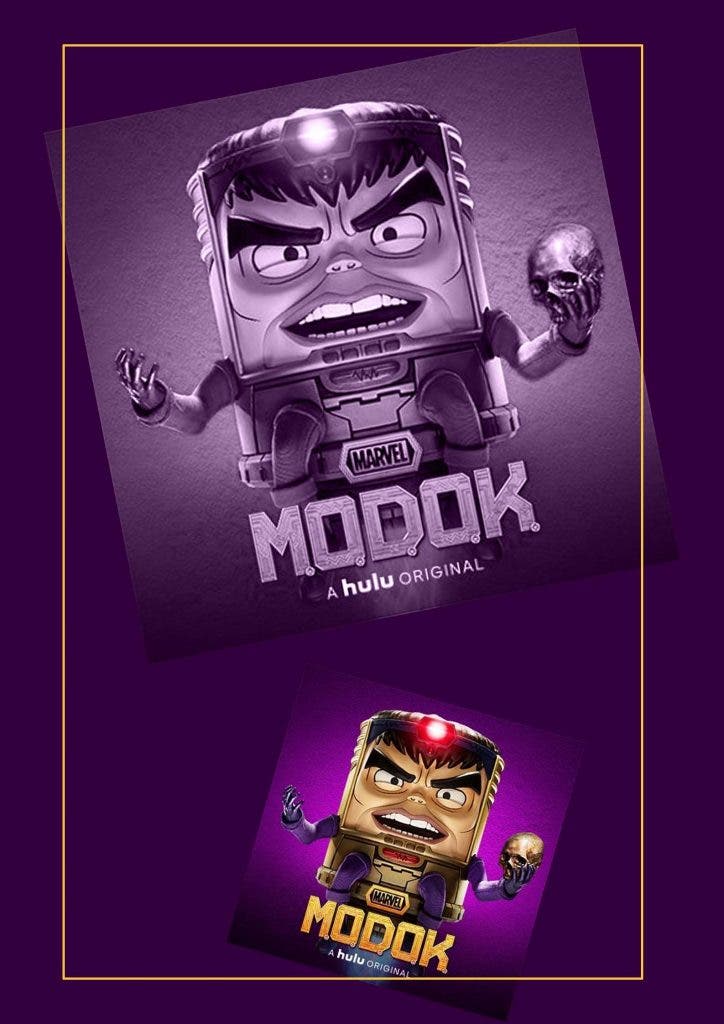 Have you ever thought about what family life would be like, for a super villain? What about a super villain who seems to be very incompetent at his job, and is in the middle of a massive company takeover? Well, all of those strange things, are jammed together in the Hulu series, MODOK!

“The megalomaniacal supervillain M.O.D.O.K. (Patton Oswalt) has long pursued his dream of one day conquering the world. But after years of setbacks and failures fighting the Earth’s mightiest heroes, M.O.D.O.K. has run his evil organization A.I.M.”

M.O.D.O.K is a Marvel super villain character, who first appeared on the pages of Marvel as a cameo in the comic book Tales of Suspense #93, and made his full appearance in Tales of Suspense #94. Created by Stan Lee and Jack Kirby, MODOK was a recurring foe of Captain America! THIS Hulu series, is all about his life, behind the scenes, with some back and forth with himself and Iron Man. It’s the tale of MODOK’s company being taken over by a young venture capitalist, who seems to running things by the authority of a higher power, who seems to be alien like? Go pay that Hulu subscription, and give this show at least one watch through!