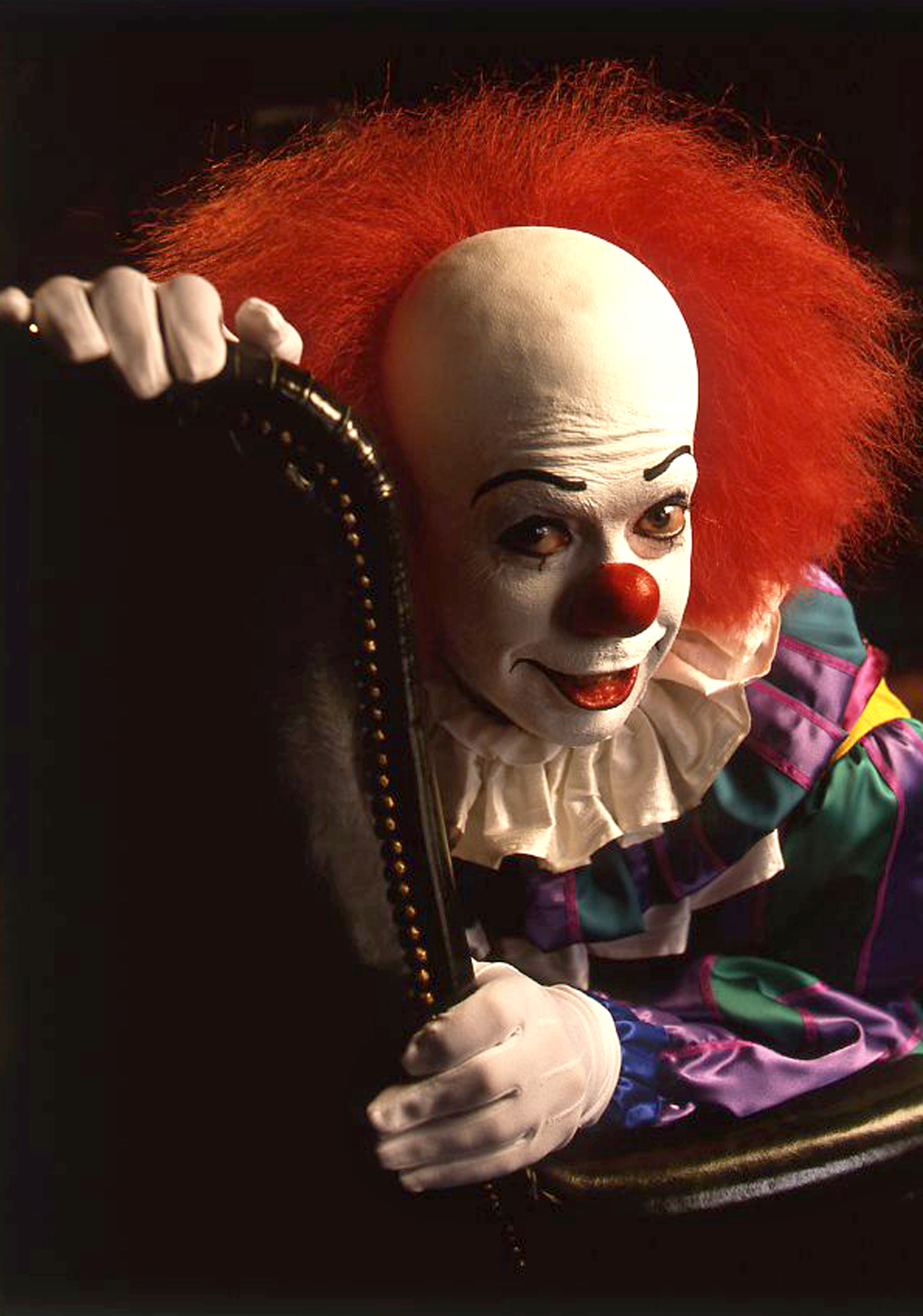 Time to go back in…………..time, for our pop culture classic episode!! We’re going back thirty one years, to 1990, and we’re here to talk about one of Stephen King‘s original projects, that was put on the small screen. Starring Tim Curry, Harry Anderson, John Ritter, Tim Reid, and more! We’re of course talking about the original time that the being known as Pennywise graced our eyes, in the IT miniseries!

“In 1960, seven preteen outcasts fight an evil demon that poses as a child-killing clown. Thirty years later, they reunite to stop the demon once and for all when it returns to their hometown.”

The original was filmed as a miniseries and aired over the course of several nights, BUT, now I think that most people who are going to watch it, will just watch it in one sitting. The movie of course follows a group of children, into their adulthood, who are haunted by an evil benevolent creature, that most commonly goes by the name of Pennywise the Dancing Clown! Pennywise is some kind of alien creature that has lived on earth for a long time, and comes out roughly every twenty seven years, in order to feed. If you’ve only seen the remakes, and have not given yourself the opportunity to check out the original, this is a MUST watch. If only for Curry’s amazing performance as Pennywise!