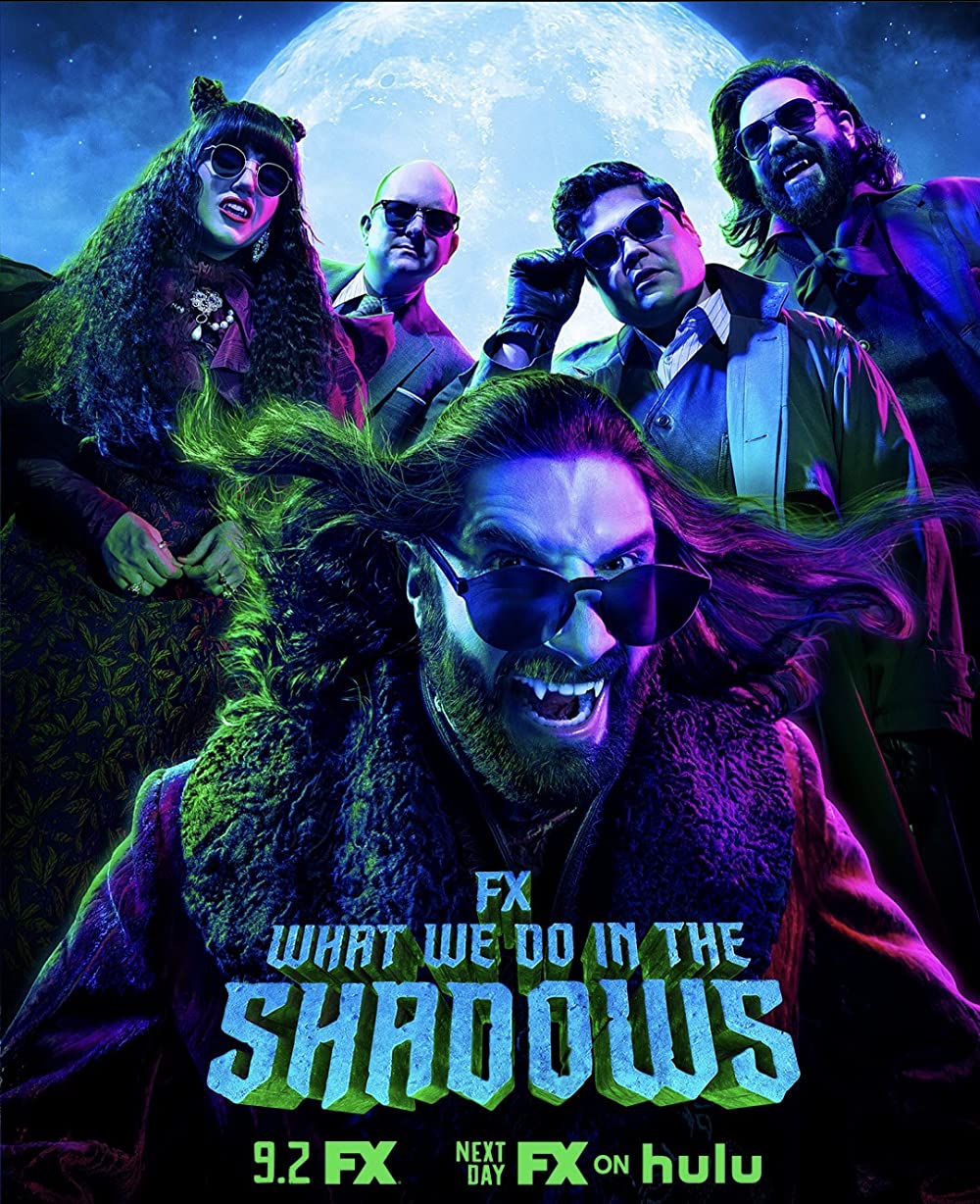 It is VERY hard to take a subject matter that would normally be outside of a specific genre, and turn it into something comedic, that is done very well! Vampires, generally, tend to be something that is stuffed into the horror genre, and doesn’t normally break itself out of that genre. BUT, every once in a while, there is something that changes that! That something, for today, is the vampire series, What We Do In The Shadows!

“Set in Staten Island, What We Do in the Shadows follows the lives of three traditional vampires, Nandor, Laszlo, and Nadja; Colin Robinson, an energy vampire; and Guillermo, Nandor’s familiar. The series revolves around the centuries-old vampires interacting with the modern world and other supernatural beings.”

This series is VERY over the top! Think The Office, but with Vampires & Werewolves! There’s very few actual shows that make the watchers laugh almost all the way through, and I think What We Do In The Shadows achieves that in almost every episode!! Specifically, we are speaking about season three, when Guillermo has eliminated a lot of the Vampiric Council, with Nandor and Nadja being promoted to the leadership!