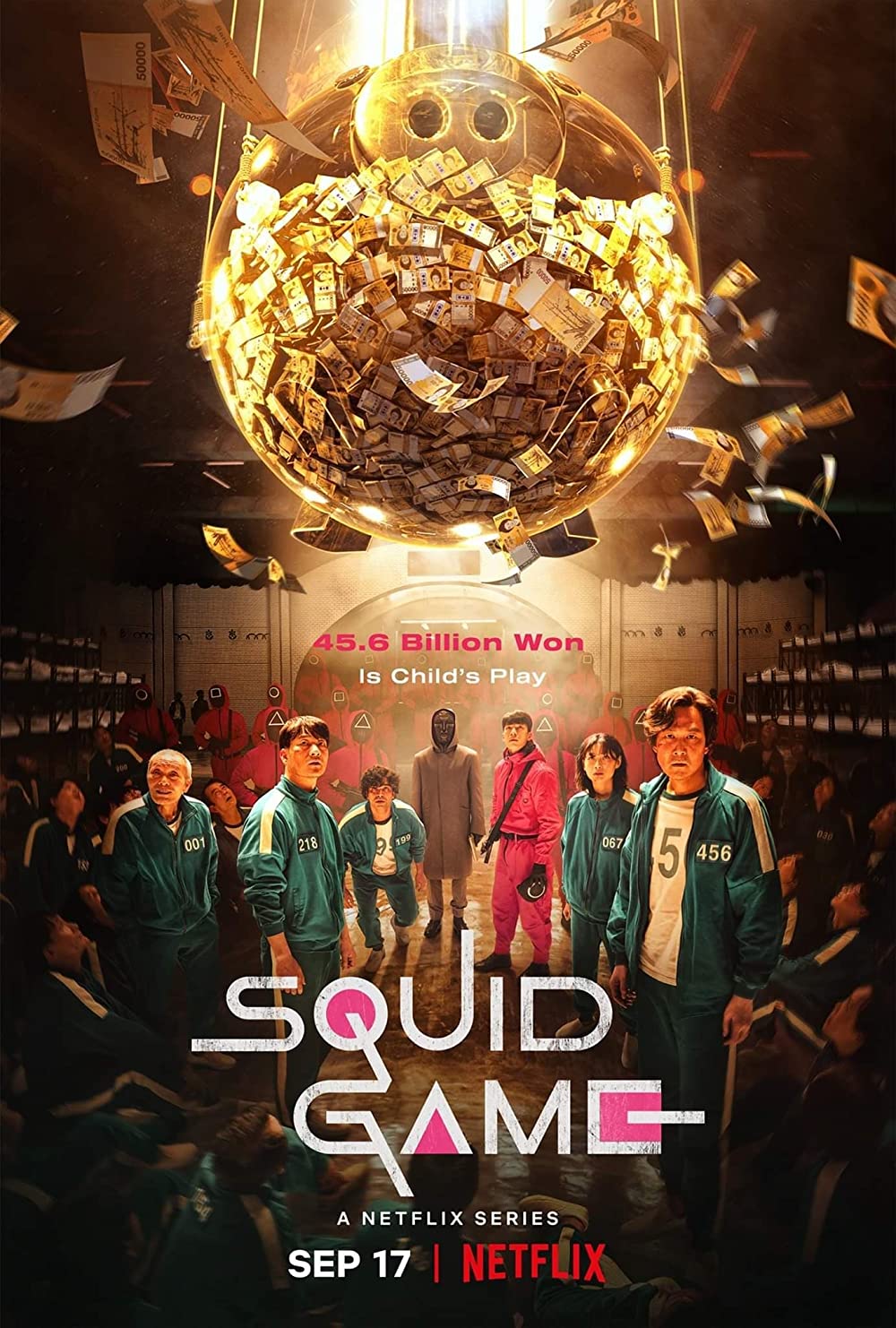 Are you ready to get a little squidy? So, this type of show has been done in the past, just with a little bit of a different twist. But man, did this project take off and become something HUGE, or what! We are of course, sitting down, to speak about the new Netflix series, Squid Game.

“The series revolves around a contest where 456 players in deep financial debt put their lives at risk to play a series of children’s games for the chance to win a ₩45.6 billion[a] prize. The title of the series draws from a similarly named Korean children’s game.”

The show revolves around a core set of about five different players, with a few ancillary bad guys. BUT, the main focus is on Seong Gi-hun, a divorced father, who has a gambling addiction. He, of course has a huge gambling debt, and this is why he ends up deciding to join the games, in hopes of winning the money, much like all of the other players. This is his journey of trying to unbury himself from his debt, prove that he is a better person, and try to squeak back into his daughter’s life as a changed man. Of course, along the way, there is a lot of death, a lot of money, and a lot of emotion! Seong Gi-hun finds a new gganbu, and episode six is probably one of the hardest episodes to watch!