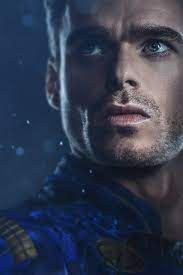 Alright everyone, it’s time to go outside of the normal MCU, but still within it of course! The Marvel Cinematic Universe is starting to get bigger and bigger, and is starting to explore the outer most parts of the universe. What that means for the universe at large is still just theories, but were’ excited to be talking about Eternals!!

“The Eternals, a race of immortal beings with superhuman powers who have secretly lived on Earth for thousands of years, reunite to battle the evil Deviants.”

This is the story of the “team,” the Eternals. A family who is on Earth, in order to make sure that the Deviants don’t come back, and destroy their homes. Well, of course, that is exactly what is happening now. But now, the Deviants seem to be even more powerful, with the ability to steal powers from the people trying to stop them. So, it’s time to get the family back together to come up with a plan to stop them! After major information is found out about their own existence, they must decide whether they actually want to keep the Earth safe, or if they want to go ahead and let another Celestial be born amongst the earth.