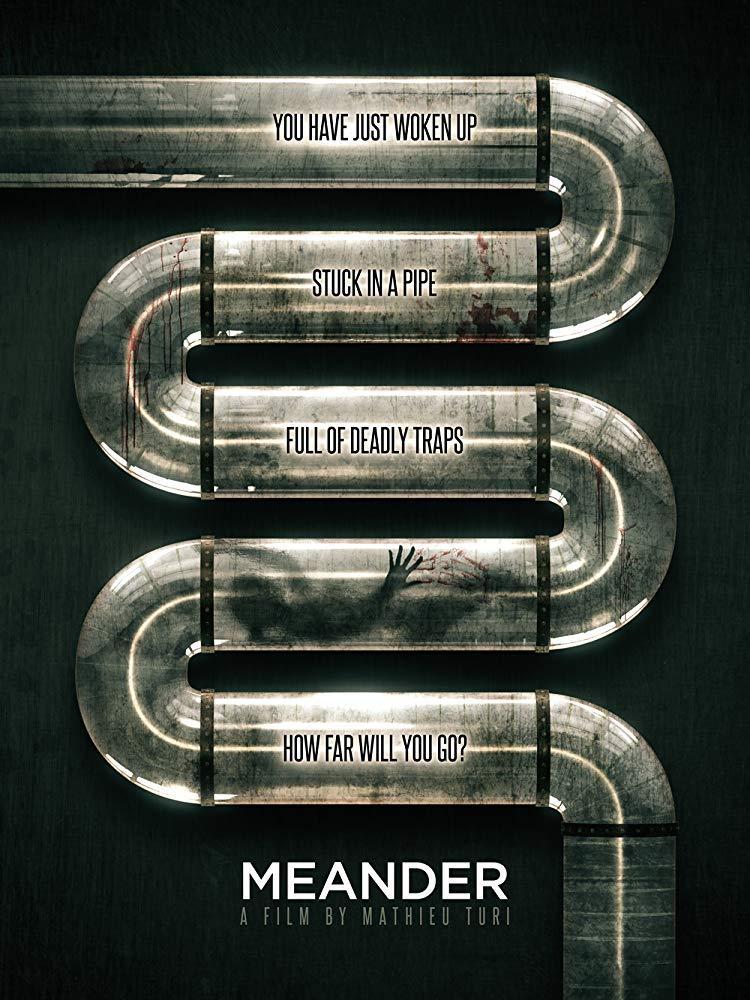 Our latest pick was throw out there as a suggestion, on a cuff! Somehow that random suggestion ended up with us making it a real pick, and going from there! Before we watched the film, we thought that this was going to be just like Cube, but in tubes. We’re talk about the French film, Meander.

“A woman is lying in the middle of the road when a car approaches, before it reaches her she stands and moves aside. The car pulls up beside her and the man inside offers her a lift. Now she’s locked in a series of bizarre tubes filled with dangerous traps.”

Sounds like such an interesting premise for a film! I think SOME of the things we were pleasantly surprised about, and some of the things effected us exactly as we thought they might. You should definitely give the movie a chance, and see what you think!