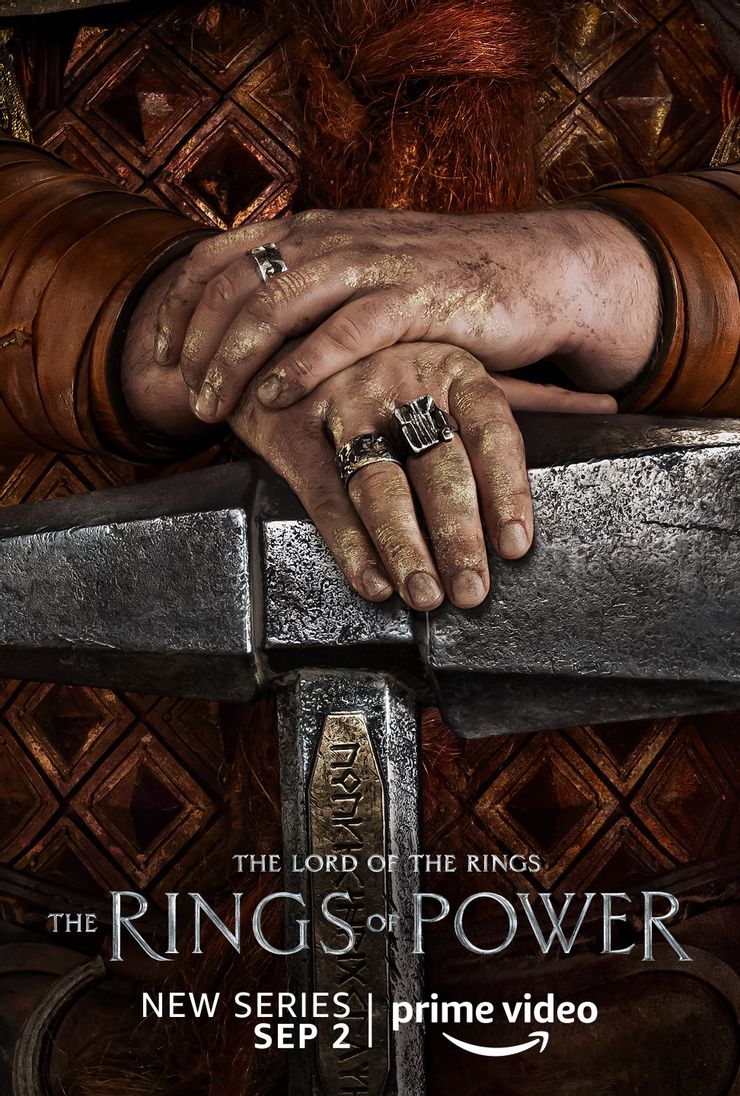 Slowly but surely we are getting small tidbits about the new Prime series, The Lord of the Rings: The Rings of Power. Today more than twenty character posters dropped. Of course, none of them show any faces of these characters, but they look great none the less, and give us a glimpse into the world, even if it’s just a small glimpse. It’s more than what we had yesterday, and that is exciting!

The Rings of Power is set in the second age, in the world that Tolkien created. This is the time in which Sauron forges all of the rings of power, including the one ring to rule them all! Set much earlier thank the Lord of the Rings movies, this will be a great setup for that world that we’ve all learned about, and have loved for many years!! What do you think about these posters?

The Lord of the Rings: The Rings of Power is set to debut on Prime Video, on September 2nd! For now, just keep watching out for this awesome sneak peaks into the world that Tolkien has created!

Tags: Amazon, J.R.R Tolkien, one ring, Prime Video, Sauron, the lord of the rings, the rings of power, Tolkien