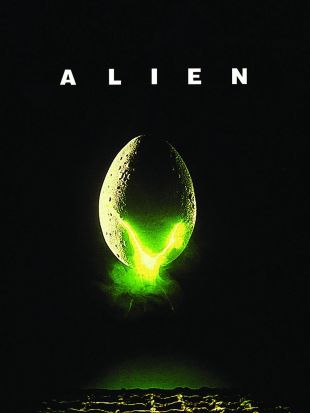 It’s time to go all the way back to the year 1979!!! It’s that time for a pop culture classic! We are of course talking about the film that starting a media franchise in Alien!! We spoke first about the movie Aliens, a while ago. The reason we did that is because we thought that Aliens was the stronger/better movie. BUT, we figured, at this point, it’s time to talk about a movie that is still a really good movie, that started a whole line of other movies, soon to be TV series, and a successful line of comic books!

“In deep space, the crew of the commercial starship Nostromo is awakened from their cryo-sleep capsules halfway through their journey home to investigate a distress call from an alien vessel. The terror begins when the crew encounters a nest of eggs inside the alien ship. An organism from inside an egg leaps out and attaches itself to one of the crew, causing him to fall into a coma.”

Alien tells the story of a scavenger crew aboard a ship that has to change their route, in order to answer what they think is a distress call! Of course, upon finding the ship that the call comes from, all hell breaks loose. A creature hatches from an egg, and is let upon the ship. Nothing good comes from this, except the future of the saga of course!