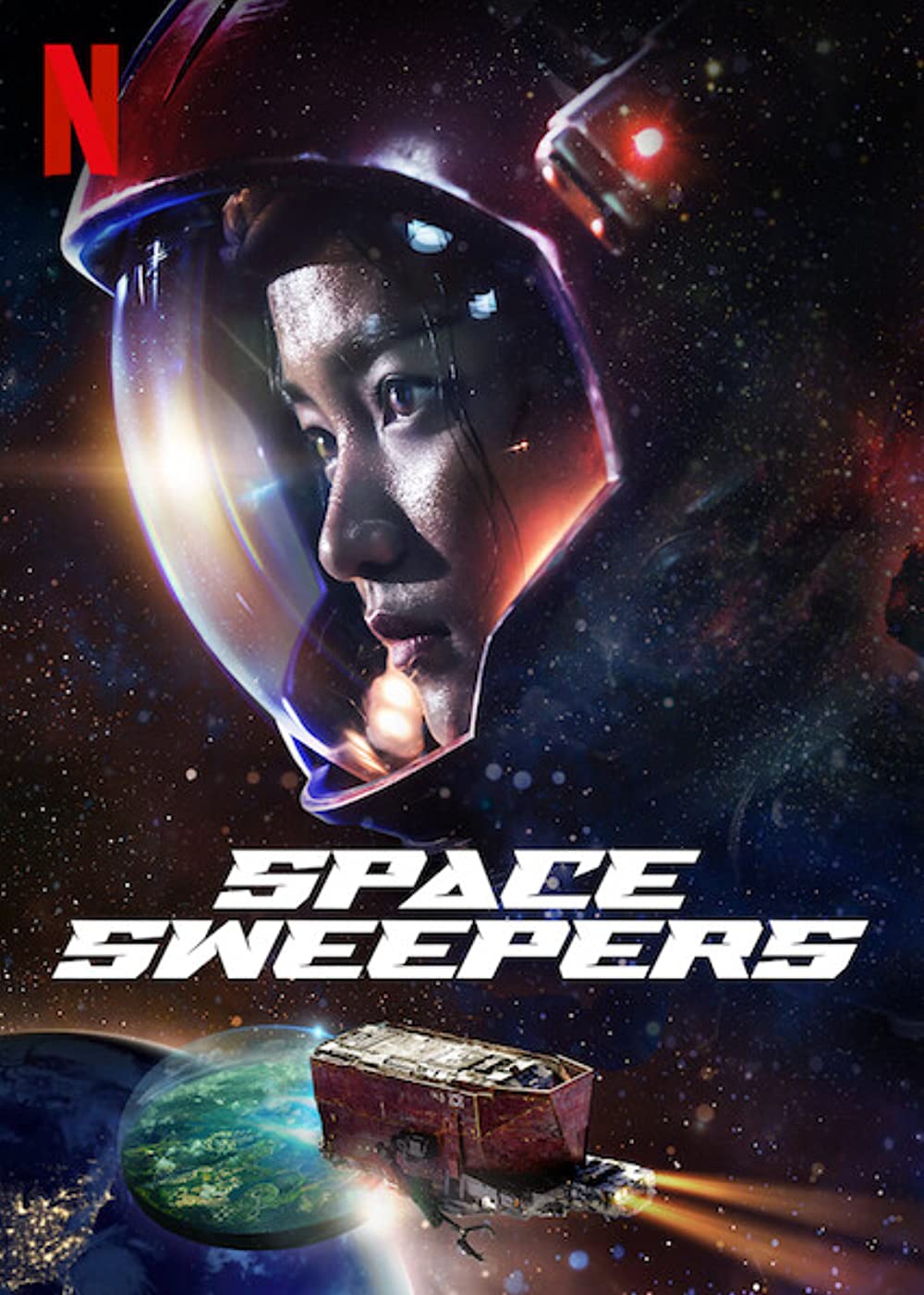 We took a chance on a Netflix movie that we had never heard of, to talk about for a podcast episode, because sometimes you just have to take chances with your media! For today’s episode we are talking about the 2021 Netflix film, Space Sweepers! It is directed by Jo Sung-Hee!

“After snatching a crashed space shuttle in the latest debris chase, Spaceship Victory’s crew members find a 7-year-old girl inside. They realise that she’s the humanlike robot wanted by UTS Space Guards, and decide to demand a ransom in exchange.”

This movie is a pretty cool and wild ride!! It’s a bunch of misfits who are on a team together, trying to stop at nothing to make money. It feels like they’re wandering aimlessly down a path of getting in trouble just to make a quick buck, and aren’t very good at relationships! When they come across a little girl who is being painted as a weapon of mass destruction, they have to make a decision to cast her aside, or to make her a part of their crazy family!