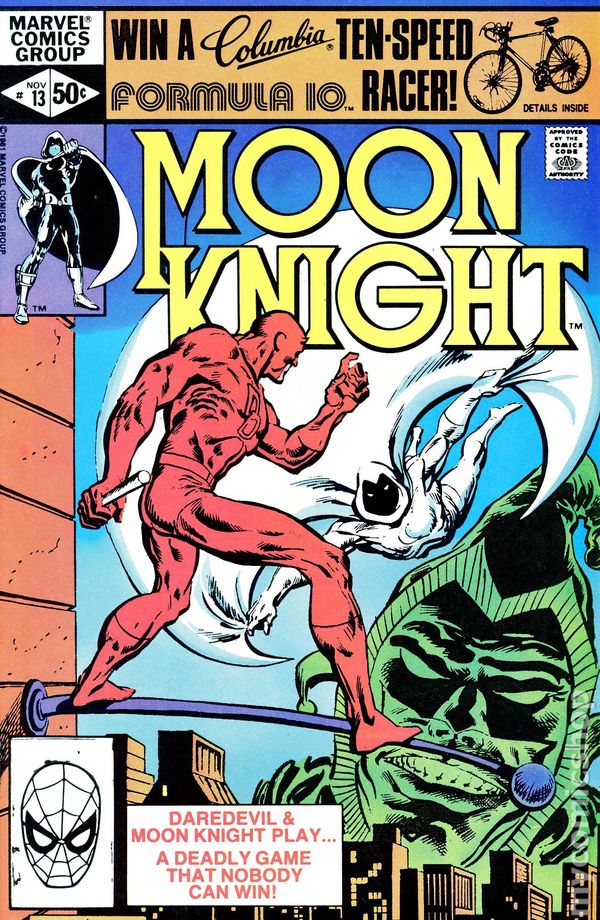 Who doesn’t love the iteration of Daredevil that we have currently? And I know that most people have been super into the Moon Knight show that we’re getting from Marvel as well. What most people don’t know, especially if you don’t read the comic books, is that they’ve crossed paths in the past. Today we’re delving back into comic books where we discuss the 13th issue of Moon Knight.

“Both out on parole, cellmates Jester and Ace Taggert have teamed up to get revenge those who wronged them. Jester wants to target James Martin, the director he blames for the end of his acting career, and Taggert has vowed to kill Moon Knight for putting him away.”

It’s one issue, of a long Moon Knight series, but it really does start and finish the story within that one issue. Moon Knight and Daredevil end up having to team up, in order to stop two villains who have just been released from prison. The story is written by Doug Moench and drawn by Bill Sienkiewicz! Go give it a read, and see what you all think of this first crossover by these two super heroes!