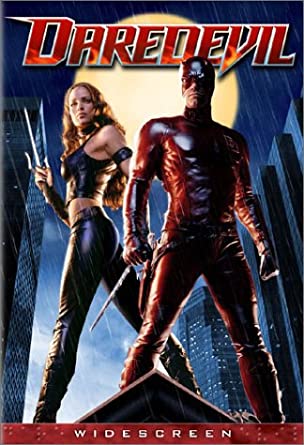 The year was 2003 and we got one of our first looks at the early Marvel universe. Yes, there were some earlier, and some better versions of the Marvel universe, but this movie is SO close to Iron Man, the movie that started it all. We are of course talking about the 2003 film, Daredevil!

“Attorney Matt Murdock (Ben Affleck) is blind, but his other four senses function with superhuman sharpness. By day, Murdock represents the downtrodden. At night, he is Daredevil, a masked vigilante, a relentless avenger of justice. When Wilson Fisk (Michael Clarke Duncan) hires Bullseye (Colin Farrell) to kill Daredevil, Murdock must rely on his own senses and search out the conspirators against justice — which may include his own girlfriend, Elektra (Jennifer Garner).”

Favreau is the father of the current MCU, and was involved in this film. We think maybe that, how bad this film was, inspired Favreau to put together a universe that he would be proud of, which is exactly what he did. This is an origin story for Daredevil, as well as Elektra, and features a huge cast. Was this movie made just because of its cast? Did they really think they put together a good film? What did you think of this 2003 movie?