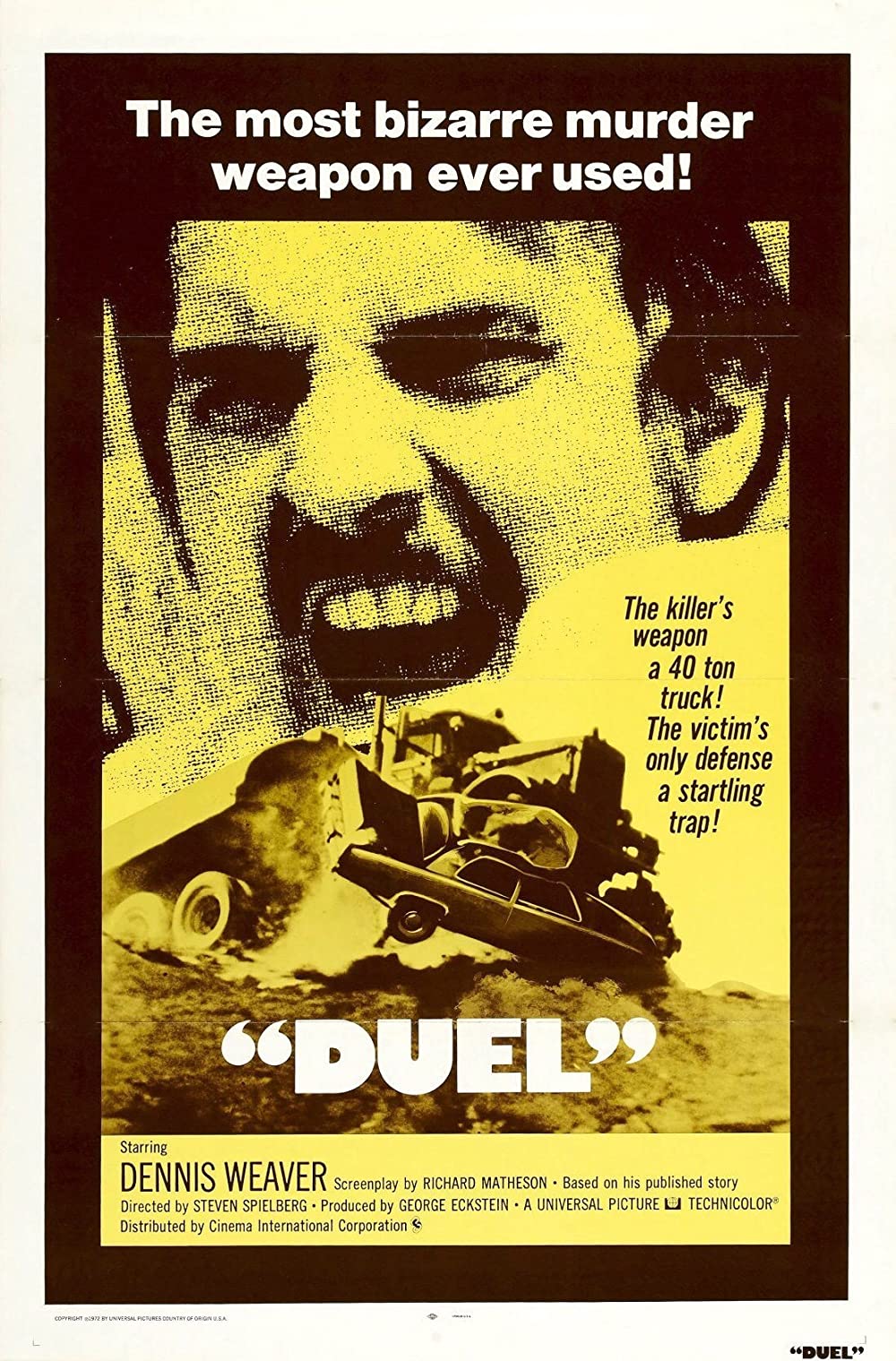 What is there to say about Steven Spielberg’s first movie? It is not the easiest movie to sit through, only because it is really only one note, and sometimes that one note doesn’t make a ton of sense. But we are talking about the Dennis Weaver film, Duel!

“David Mann (Dennis Weaver), a mild mannered electronics salesman, is driving cross-country on a two-lane highway when he encounters an old oil tanker driven by an unseen driver who seems to enjoy annoying him with dangerous antics on the road. Unable to escape the demonic big rig, David finds himself in a dangerous game of cat and mouse with the monstrous truck. When the pursuit escalates to deadly levels, David must summon his inner warrior and turn the tables on his tormentor.”

What do you do when you apparently piss off a trucker for no apparent reason? You don’t U turn that’s for sure!! This movie spawned highway thriller’s like Joy Ride, but that’s really a big surprise because this movie can be a bit of a snore fest. Watch as a businessman is trying to get to a meeting when a trucker terrorizes him on the highway.