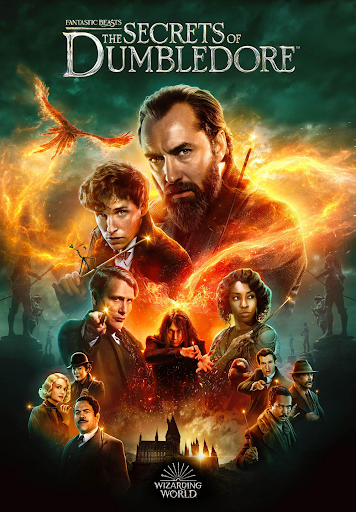 It’s time to talk about a threequel!! Today’s film has been MANY years in the making. Unfortunately, it went through some troubled times, even ahead of its filming. We’ve now seen three different versions of Grindelwald. One, on purpose because of the plot of the first movie, and one because of everything else that was surrounding Johnny Depp. This caused a TON of drama pre filming, and the different in looks was never even addressed in the movie. But, we are of course talking about Fantastic Beasts: The Secrets of Dumbledore.

“Professor Albus Dumbledore knows the powerful, dark wizard Gellert Grindelwald is moving to seize control of the wizarding world. Unable to stop him alone, he entrusts magizoologist Newt Scamander to lead an intrepid team of wizards and witches. They soon encounter an array of old and new beasts as they clash with Grindelwald’s growing legion of followers.”

With a supposed two more movies coming still, this movie feels less like a sequel, and more like a continuation of a giant story! BUT, this is more of a romance film between Dumbledore and Grindelwald, and that is what is moving the plot forward. There IS indeed a secret Dumbledore, and this movie explains who that person is, and why he’s never been known! PLUS you get some beasts, and to spend some time with some familiar characters! Check out the film, and let us know if you agree with our assessment.