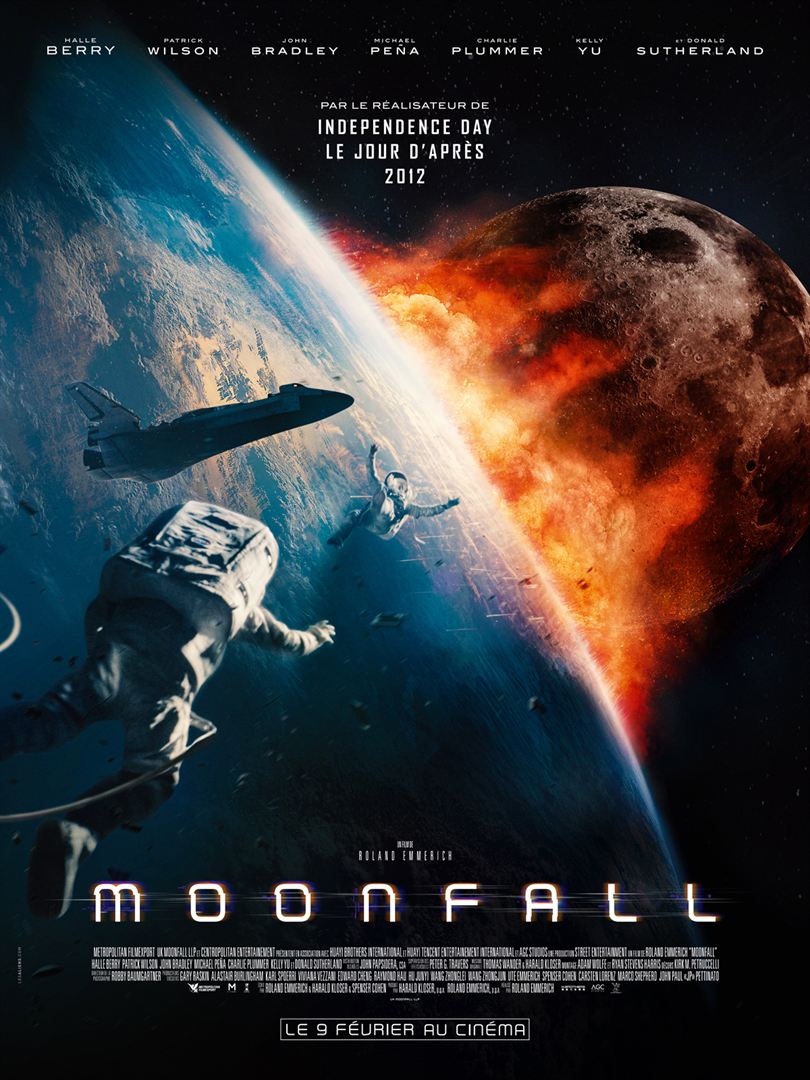 It’s time to talk about a movie that that towards the back half turned out to be something way different than we thought it might be. I know that this is probably a confusing first sentence, but when you go into this movie, you need to know that you’re in for a bit of a different experience than what you’re imagining! We’re talking about the movie, Moonfall!

“The world stands on the brink of annihilation when a mysterious force knocks the moon from its orbit and sends it hurtling toward a collision course with Earth. With only weeks before impact, NASA executive Jocinda “Jo” Fowler teams up with a man from her past and a conspiracy theorist for an impossible mission into space to save humanity.”

A giant event happens with NASA astronauts out in space, which looks suspicious, but ends with one of the astronauts moving forward with her career, and one of the astronauts getting booted out in shame! Years later the moon starts to fall out of orbit, and those same people need to figure out why. BUT, they’re also accompanied by a conspiracy theorist, with quite the imagination! You should definitely at least give it a shot!