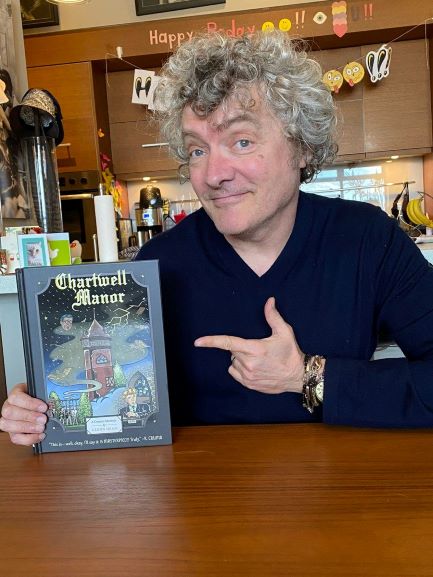 We are BACK at the interview round table! Today we are speaking with someone who has been drawing comics, and going into other projects, for over sixty years! That is a lot of time spent, putting your ideas on paper, and he has perfected his art! We are speaking with artist extraordinaire, Glenn Head!

“Glenn Head was born in 1958 in Morristown, New Jersey, and began drawing comics when he was fourteen. His work has appeared in many places—from The Wall Street Journal to Screw. Others include The New York Times, Playboy, New Republic, Sports Illustrated, Advertising Age, Interview and Entertainment Weekly.”

With a ton or projects under his belt, he came to the table, in order to speak about Chartwell Manor! Chartwell Manor is a graphic memoir, telling the readers about his years of sexual and emotional abuse, at the boarding school that he attended in his youth, and the almost fifty year journey that he has taken to try and process everything, in order to tell the story to the masses. This is definitely one of those interviews that goes a little deeper than normal, but in a great and informative way, and you definitely shouldn’t miss it!