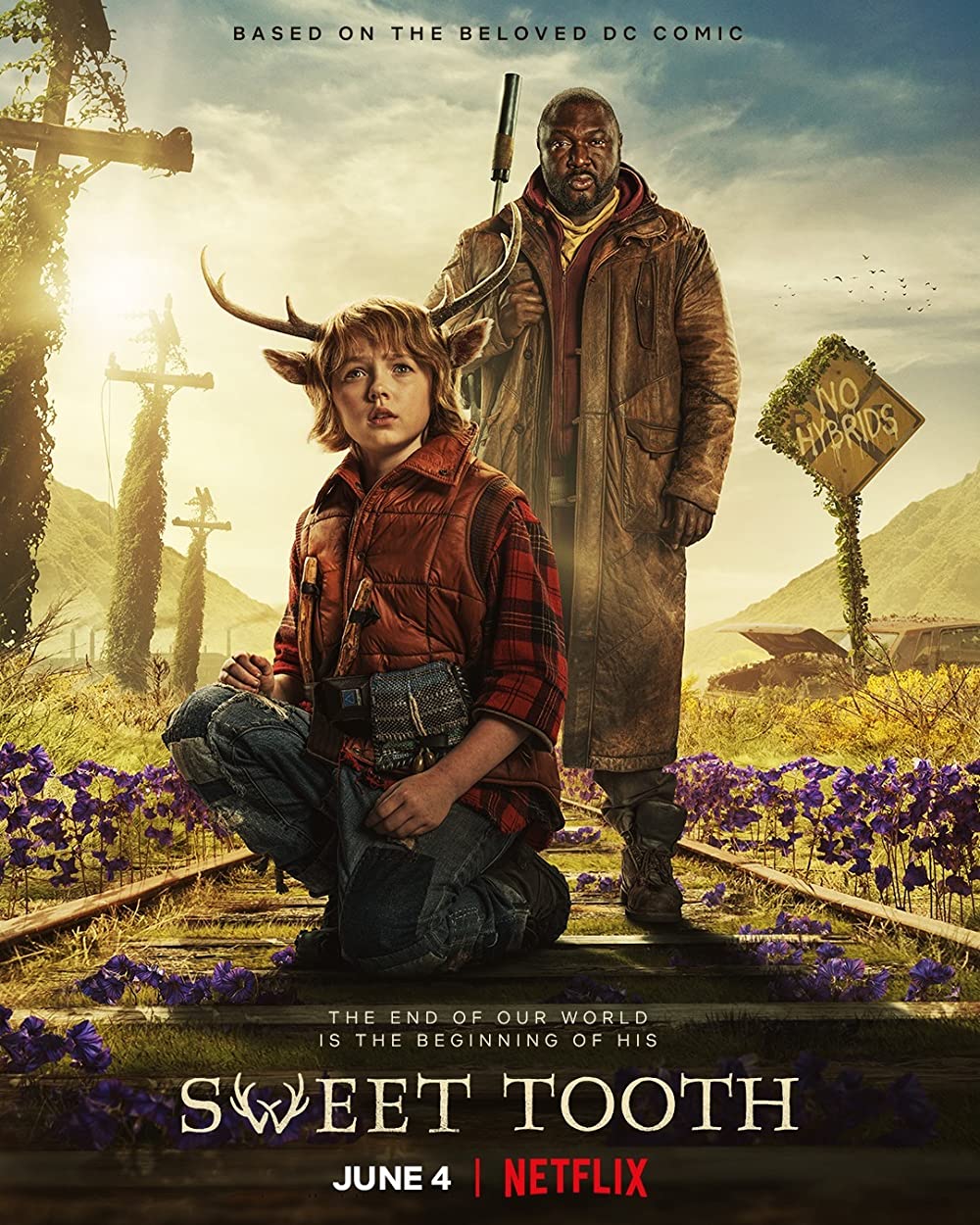 Have you watched, what at the time of it’s release, was the number one show on Netflix? If you haven’t watched this yet, it is definitely time for you to go to Netflix, and check out Sweet Tooth! Stemming from the mind of Jeff Lemire, which originated in comic book form, this series promised to be full of darkness and vigor!

“A boy who is half human and half deer survives in a post-apocalyptic world with other hybrids.”

There are many differences between the TV series, and comic book, including the biggest, which is the tone of the series. The series on Netflix is much lighter, though it has its moments, than the comic book which was a pretty dark book. Plus, Jepp is completely different for the TV show, which was a great reimagination!! Go give this series a watch!