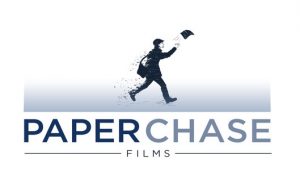 Adi Shankar, the man who produced Castlevania, Bodied, and created Bootleg Universe, has joined forces with PaperChase films, and Marc Rosen, to bring to life, Superman VS Ku Klux Klan. Superman VS the Ku Klu Klan tells the story of how powerful superhero mythology can be, at a time when it seemed easier to turn a blind eye.

“Superheroes operate outside the scope of law and offer us hope that someone will rise up and protect us when government and other institutions cannot or will not. This story shows the power of the superhero mythology and it’s tangible impact on the physical world.” Said Shankar.
“Adi Shankar has long been inspired to fight for just causes; he has successfully taken on the status quo and broken barriers long seen as insurmountable. This story highlights the power of the people against the alarming resurgence of some the darkest chapters of our country’s past. It is as historical as it is timely, as the nation is once again facing challenges to the principles of truth, justice and ‘The American Way’.” Said Rosen.
This will be based on the true life story of Stetson Kennedy. Stetson went undercover to infiltrate the KKK in 1946. With the help of some other powerful organizations, and his undercover information, they were able to bring to light, the cultish nature of the KKK.

The film is currently in development. Casting announcements and more news will be forthcoming.