Welcome to October! It’s the first week of the month and man is it a doozey! Lots of great books this week so lets hop right in and get to our new book rundown! PLUS DC FOILS!!!

From Boom! Studios this week, Sparrowhawk #1 (of 5) lands on shelves and is touted as “Teen Victorian Fairy Fight Club”! As the illegitimate daughter of a Naval Captain, Artemesia has never fit in with her fatherfs family, nor the high class world to which they belong. However, when she is targeted by the Faerie Queen and pulled into another realm, she has no choice but to try and save the world that has always hated her. 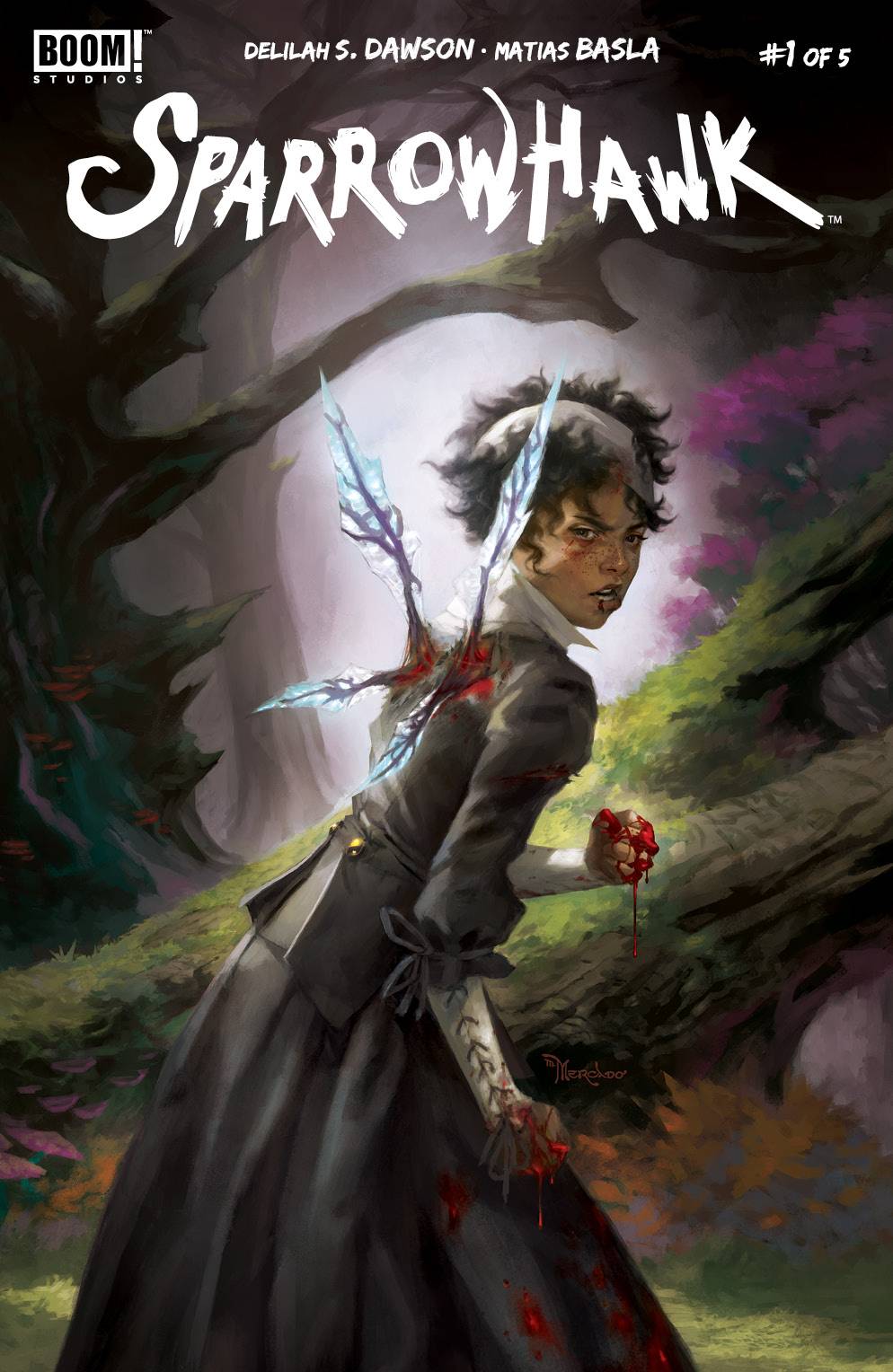 From Dark Horse this week, Gerard Way and Gabriel Ba’s Umbrella Academy is BACK! Faced with an increasing number of lunatics with superpowers eager to face off with his own wunderkind brood, Sir Reginald Hargreeves developed the ultimate solution …Now, just a few years after Hargreeves’s death, his Umbrella Academy is scattered. Number Five is a hired gun, Kraken is stalking big game, Rumor is dealing with the wreckage of her marriage, a rotund Spaceboy runs around the streets of Tokyo, Vanya continues her physical therapy after being shot in the head-and no one wants to even mention Seance until issue #2. 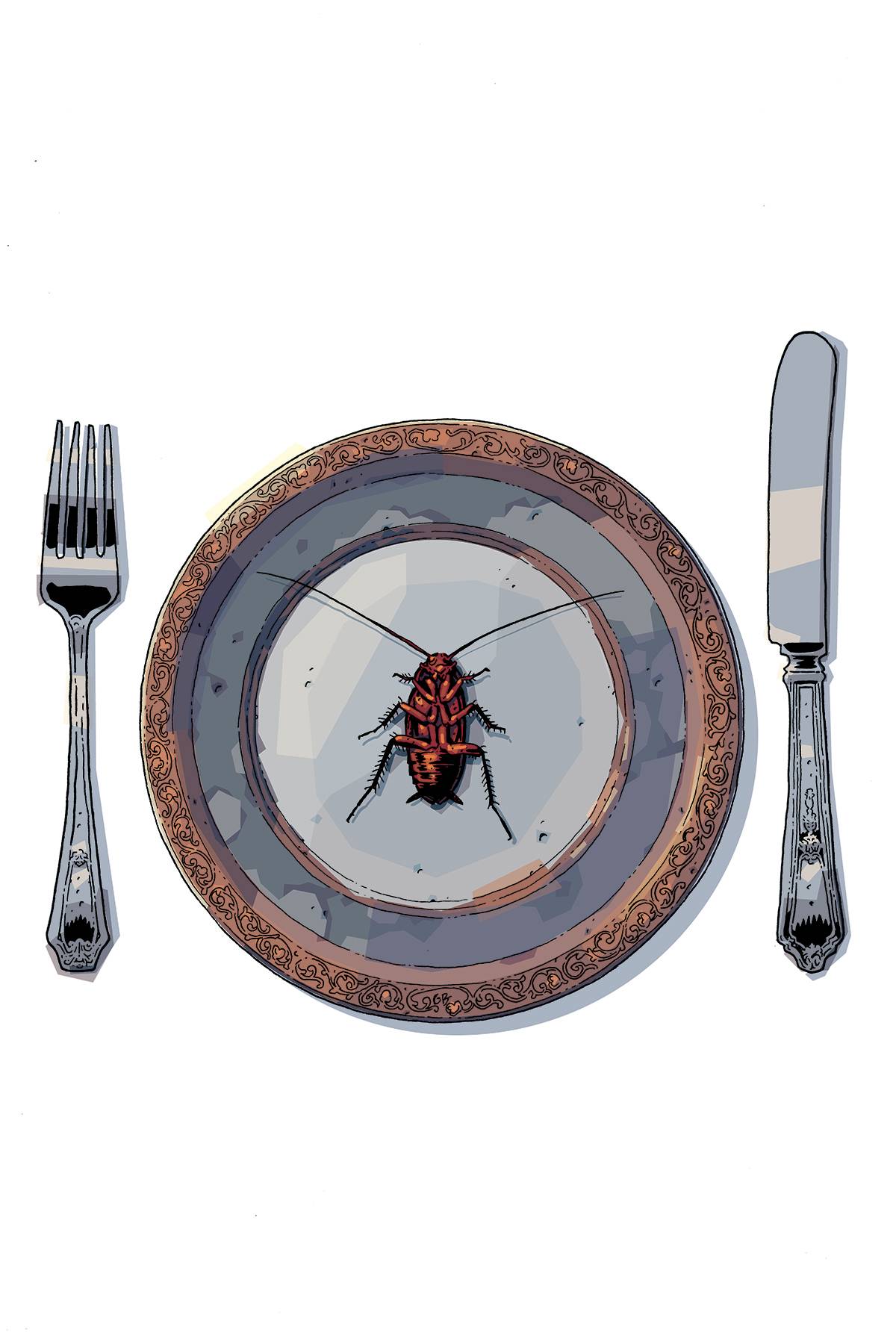 From DC this week, Green Arrow #45 flies onto shelves and is a Heroes in Crisis Tie In! Oliver Queen is forced to take a hard look at himself and evaluate his methods after he fails one too many times trying to do the right thing. It’s a dark, depressing stroll down memory lane for the Emerald Archer, as Oliver must come to grips with how he’s hurt the people around him. This issue guest-stars members of the Justice League and the Titans, but are they there to console Ollie…or condemn him? 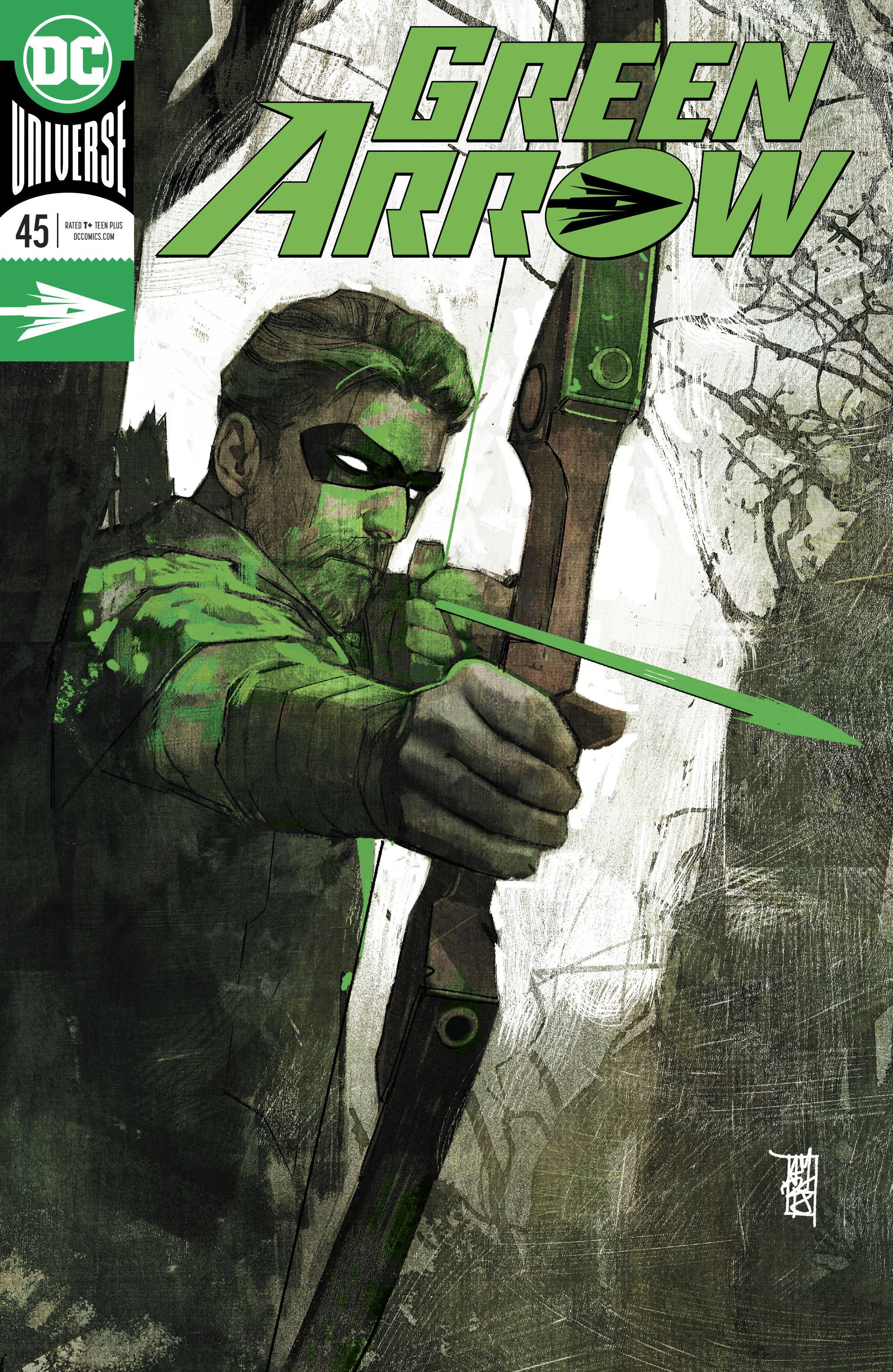 Also from DC this week, Nightwing #50! “Knight Terrors” begins here! The big issue #50 kicks off an epic four-part story that brings together critical moments of fear and doubt from the past and the present. A young Dick Grayson hopes to escape the shadow of the Bat and earn the title of Nightwing, while an older Dick Grayson must deal with a blow he did not see coming. A common enemy unites the timelines: the Scarecrow, as you’ve never seen him before! This story goes deep into the mythology and nightmarish development of Dr. Jonathan Crane. 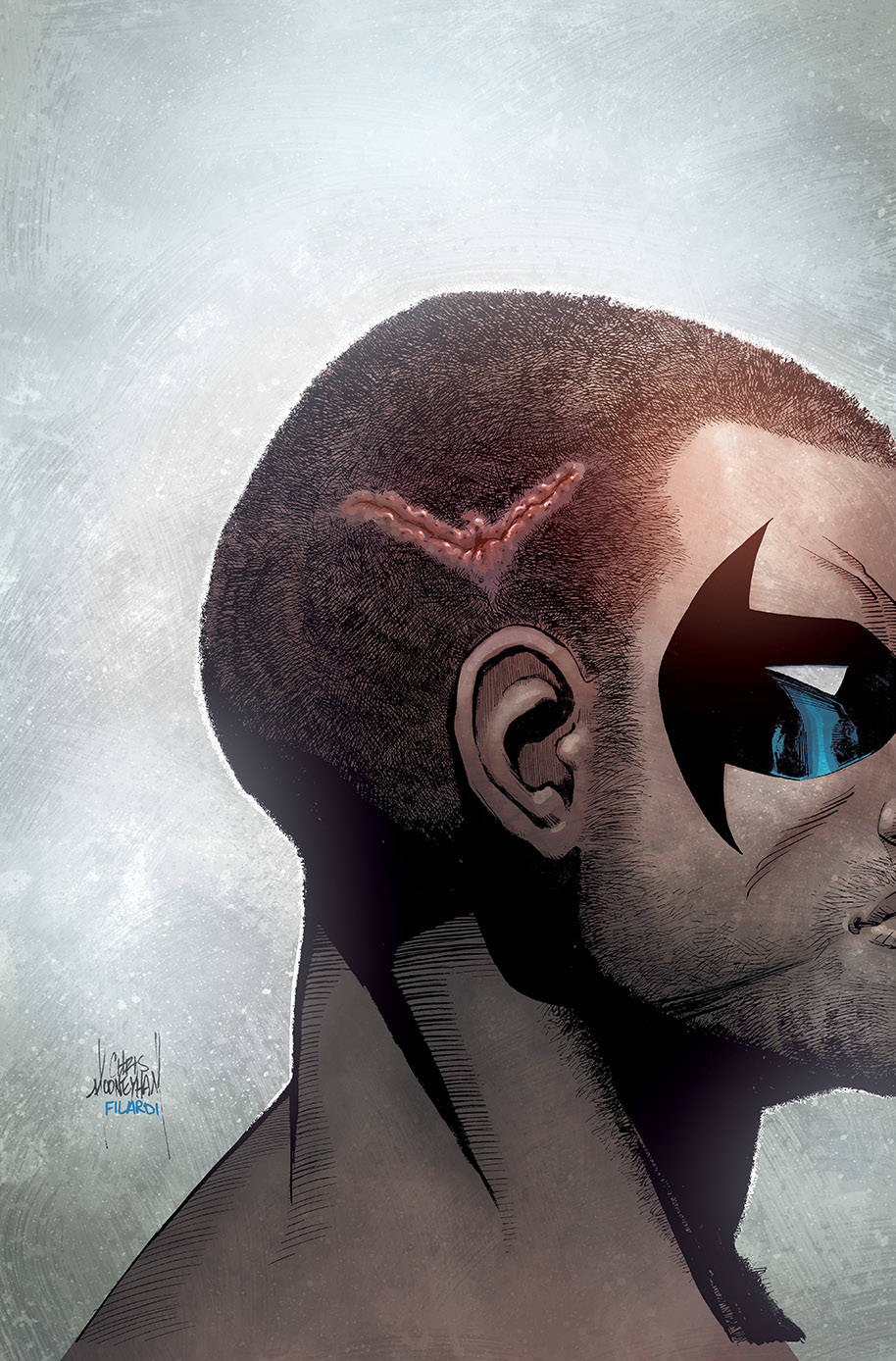 Lastly from DC this week, Wonder Woman & Justice League Dark Witching Hour #1 is just in time for Halloween, it’s “The Witching Hour,” a five-part weekly event that will rewrite the future of DC’s magical heroes! Hecate, the witch-goddess of magic, always knew a day would come when the monsters she stole her magic from would return. Now she must activate the Witchmarked, humans within whom she secreted vast stores of power. And the most powerful of the Witchmarked? Wonder Woman! 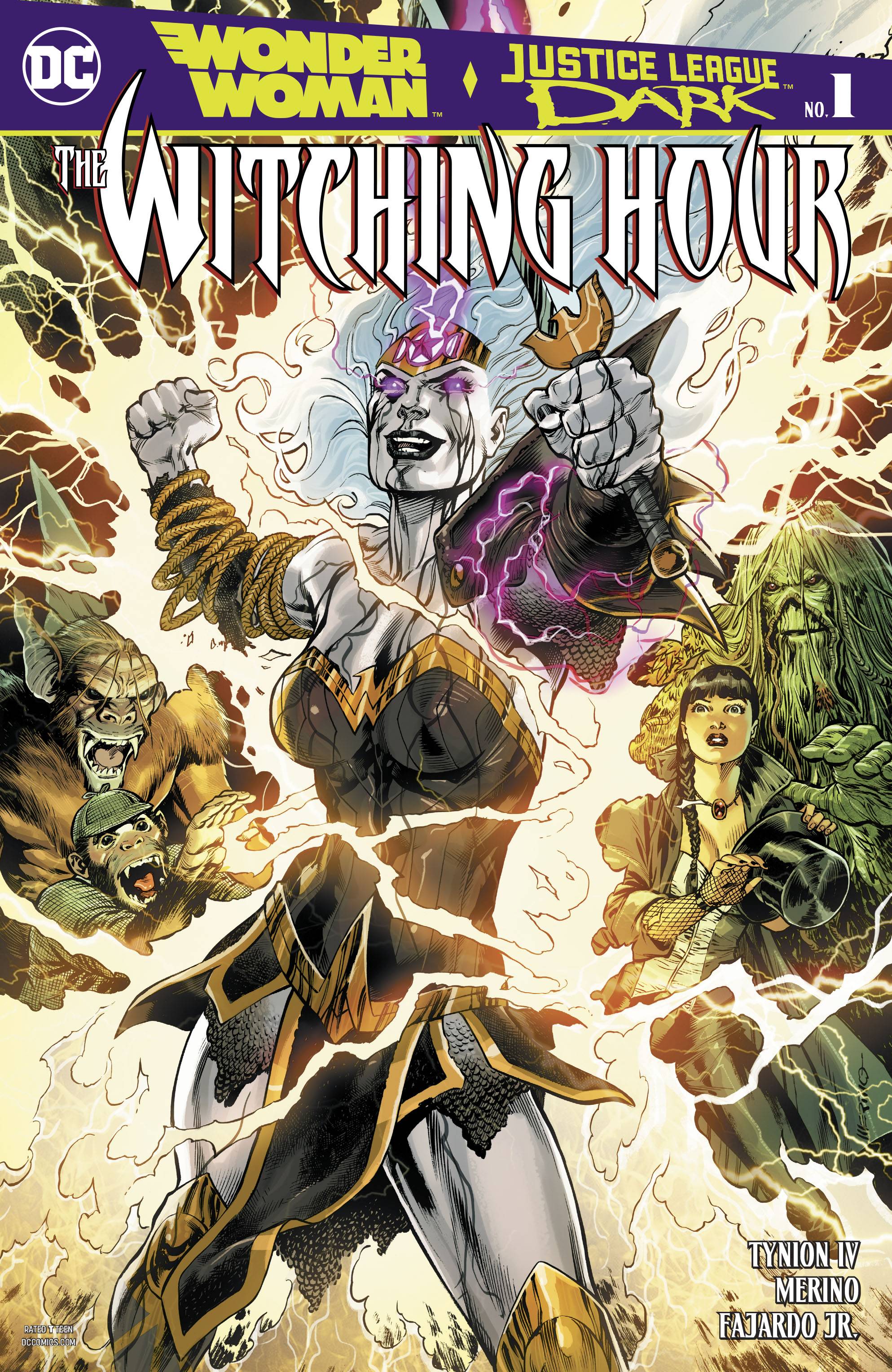 From IDW this week, Batman the Maxx #1 (of 5) makes its debut! Batman must face the strangest and most bizarre adventure of his career, as he meets comics’ strangest and most bizarre hero… THE MAXX! IDW and DC Comics proudly present the most surreal, quirky, and wonderful crossover of all time! A devious new doctor at Arkham Asylum is conducting unconventional experiments into the human psyche, and he kicks off a chain reaction of disaster when he experiments on Arkham’s newest patient, The Maxx! The city of Gotham is starting to merge with The Maxx’s psychedelic mental landscape, known as the Outback, blurring the line between real and unreal. It’s up to Batman to save not just Gotham, but all of reality, and he and The Maxx are going to have to travel through some of the darkest places imaginable-the twisted minds of Batman’s greatest enemies! 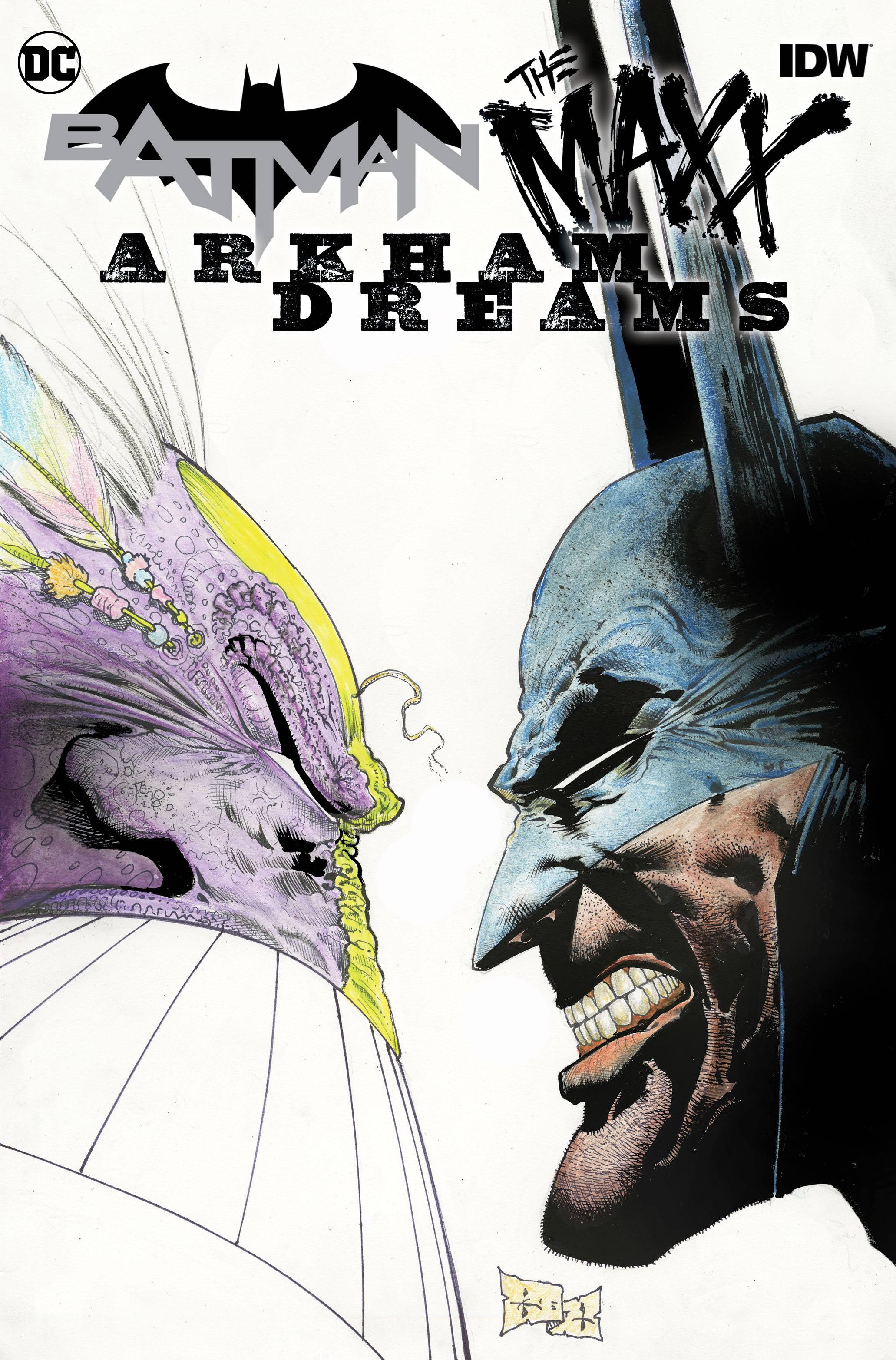 Also from IDW this week, Star Wars Tales from Vaders Castle #1 squeezes onto shelves! Tales from Vader’s Castle puts a spooky spin on your favorite characters from a galaxy far, far away…This exciting weekly series explores the hidden corners of the Star Wars universe and features Rebels stars Hear, Kanan, and Chopper; Obi-Wan Kenobi and Count Dooku; Han Solo and Chewbacca; the Ewoks; and of course, Darth Vader -all under the shadow of Vader’s Castle! Fans will be excited to discover these creepy stories by fan-favorite writer Cavan Scott with art by the greatest talent from across the galaxy, including Derek Charm, Kelley Jones, Chris Fenoglio, Corin Howell, Robert Hack, and Charles Paul Wilson III! 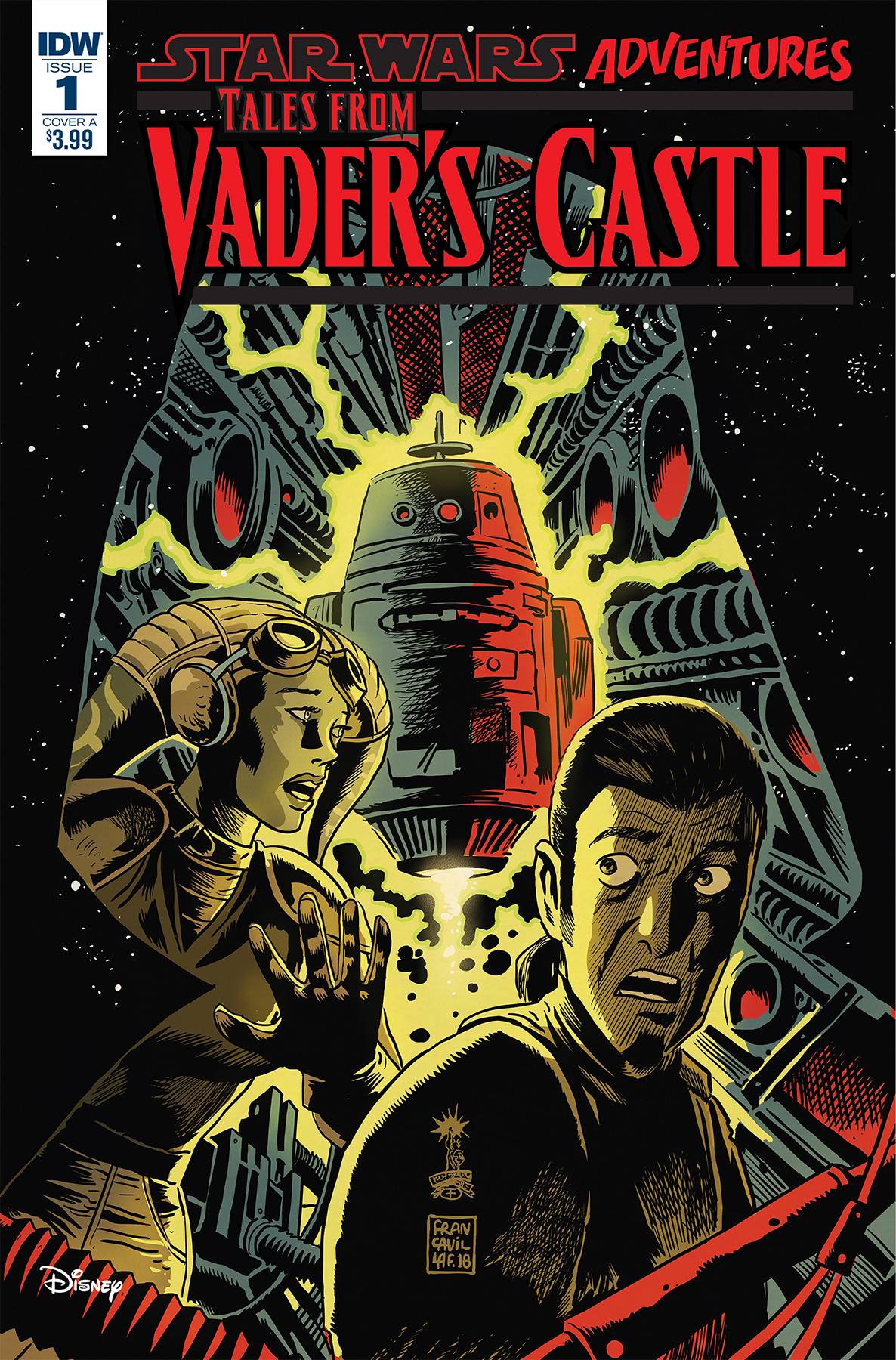 Lastly from IDW this week, the first of a series of one-shots spotlighting each of the individual Turtles crawls up from the sewers and onto shelves. TMNT returns to its roots with new spotlights on individual Turtles, but this time they’re extra-large! Donatello understands that more is at stake than his brothers realize. In order to prepare for the coming conflict, Don will aim to repair his relationship with his mentor Harold… and his malicious robotic counterpart Metalhead! The new “Macros” will set up each individual Turtle for the climactic storyline leading to TMNT #100! 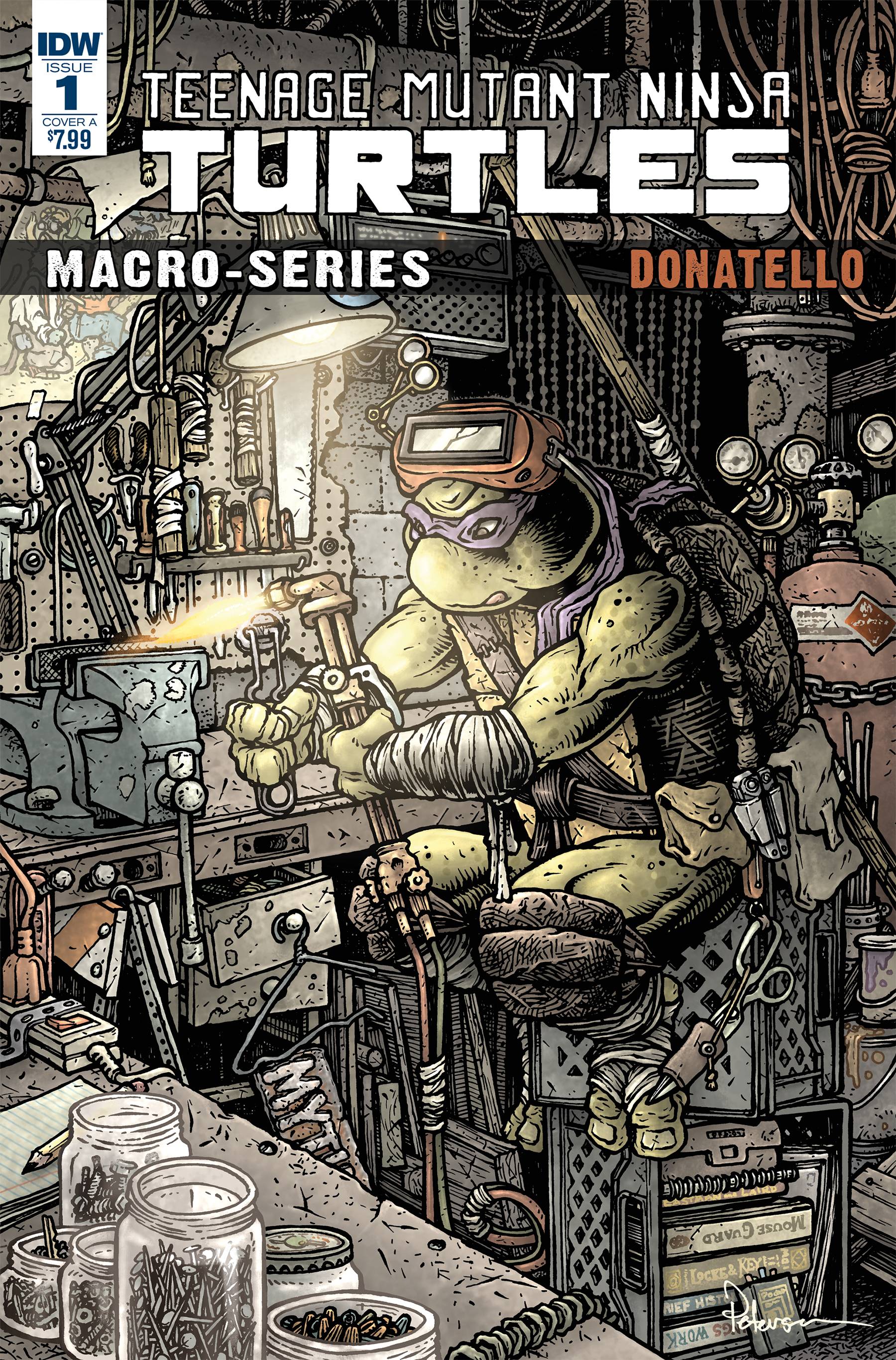 From Image this week, a new title called Blackbird #1 by Sam Humphries and Jen Bartel. In this neo-noir fantasy, Nina Rodriguez is positive that a secret magic world ruled by ruthless cabals is hiding just beneath the veneer of Los Angeles. The problem: everyone thinks she’s crazy. The bigger problem: she’s not crazy – she’s right. Can she unravel the mystery before the Great Beast catches up with her? 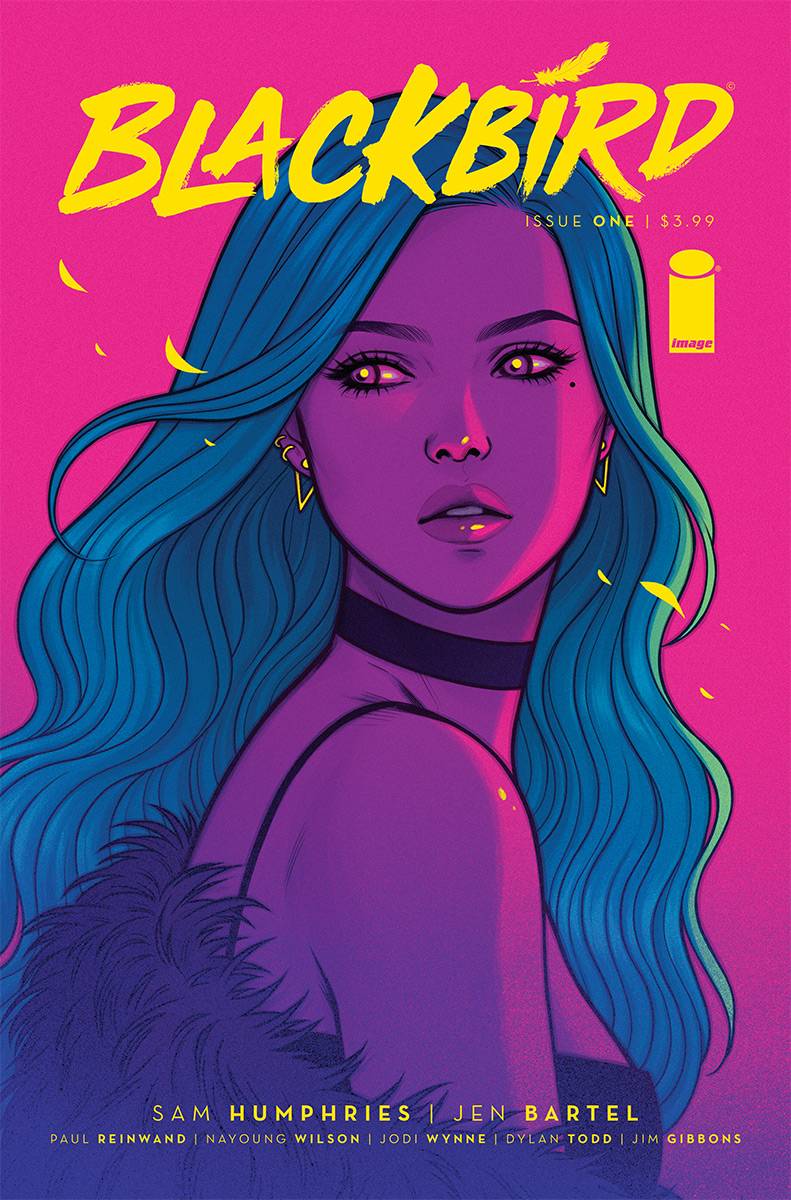 Also from Image this week, Dead Rabbit #1 by Gerry Duggan and John McCrea! Back in the ’90s, DEAD RABBIT was a prolific Boston stick-up man and hoodlum, until he took down one last big score and disappeared. Nobody ever discovered the truth: he retired to be with the love of his life. Now he’s back in the mask to save her, but no one-not his wife, the mafia, or the cops-is happy that he’s out of retirement. 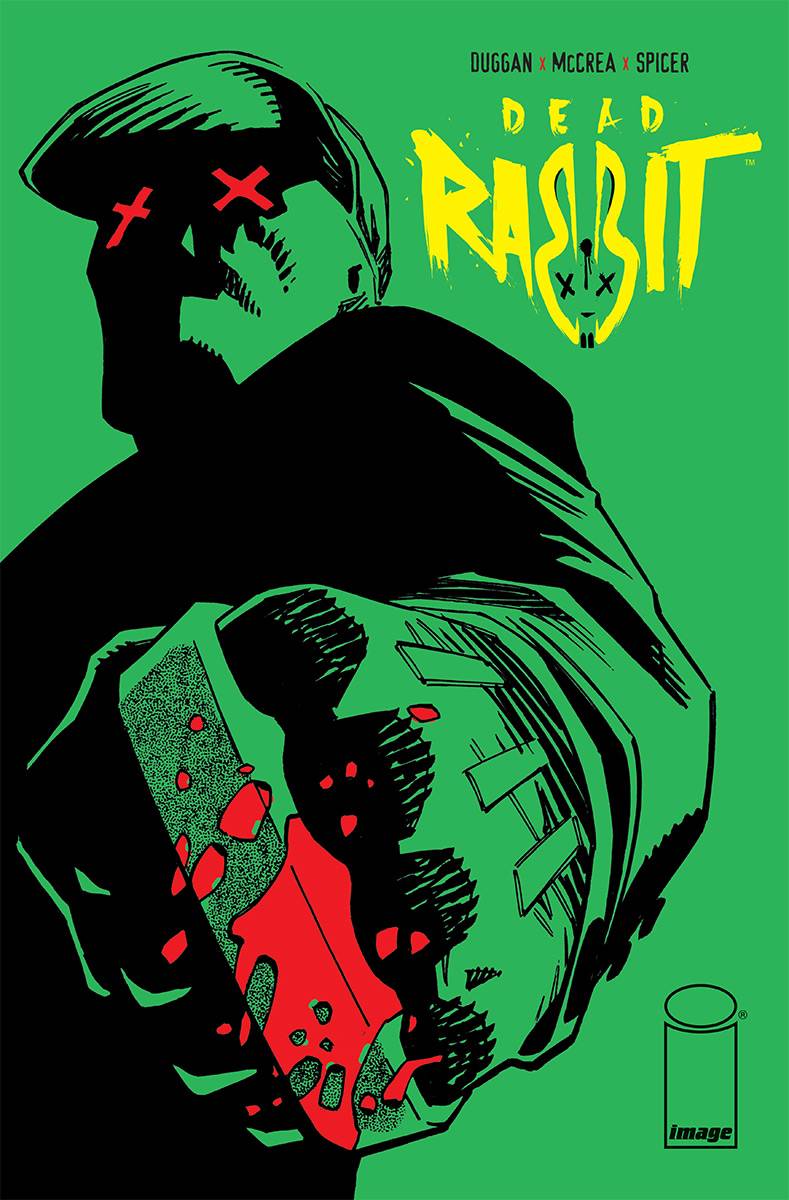 It’s a big week for Image new series, and add to that Errand Boys #1 (of 5). In the future, if you can’t find a decent job, you run errands-the dangerous, often illegal kind. 30-year-old Jace Lopaz is a hard-worn scoundrel and a lifelong solo act-until he’s saddled with his 13-year-old half-brother Tawnk full-time. Now Jace has two mouths to feed while evading the law, running from aliens, and jumping off skyscrapers. The only thing weirder than the vastness of space is family. 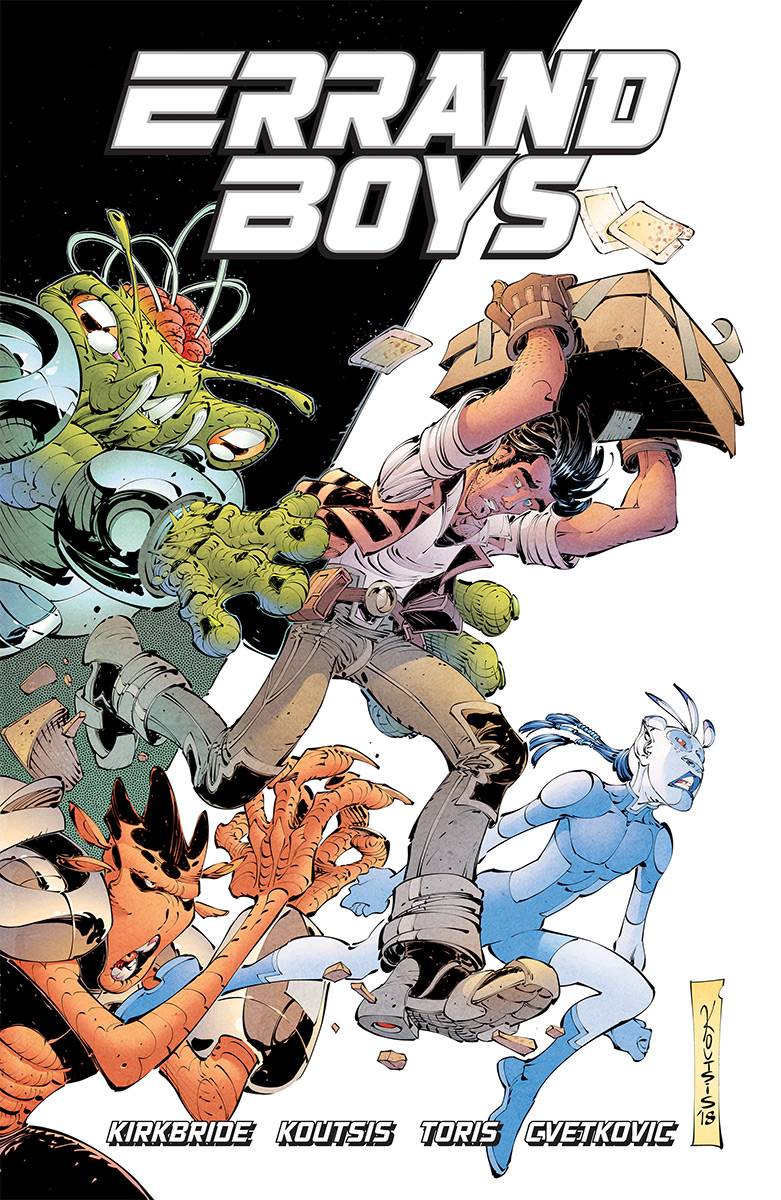 Lastly from Image this week, new series Jook Joint #1 (of 5 ) hits the racks. Mahalia runs the hottest spot in all of 1950s New Orleans. The Jook Joint keeps the jazz popping, people bopping… and the women? The women are to die for. There’s only one rule: “Keep your hands to yourself.” But some men think rules don’t apply to them, and Mahalia and her coven of slain women enjoy reminding them that they most certainly do. 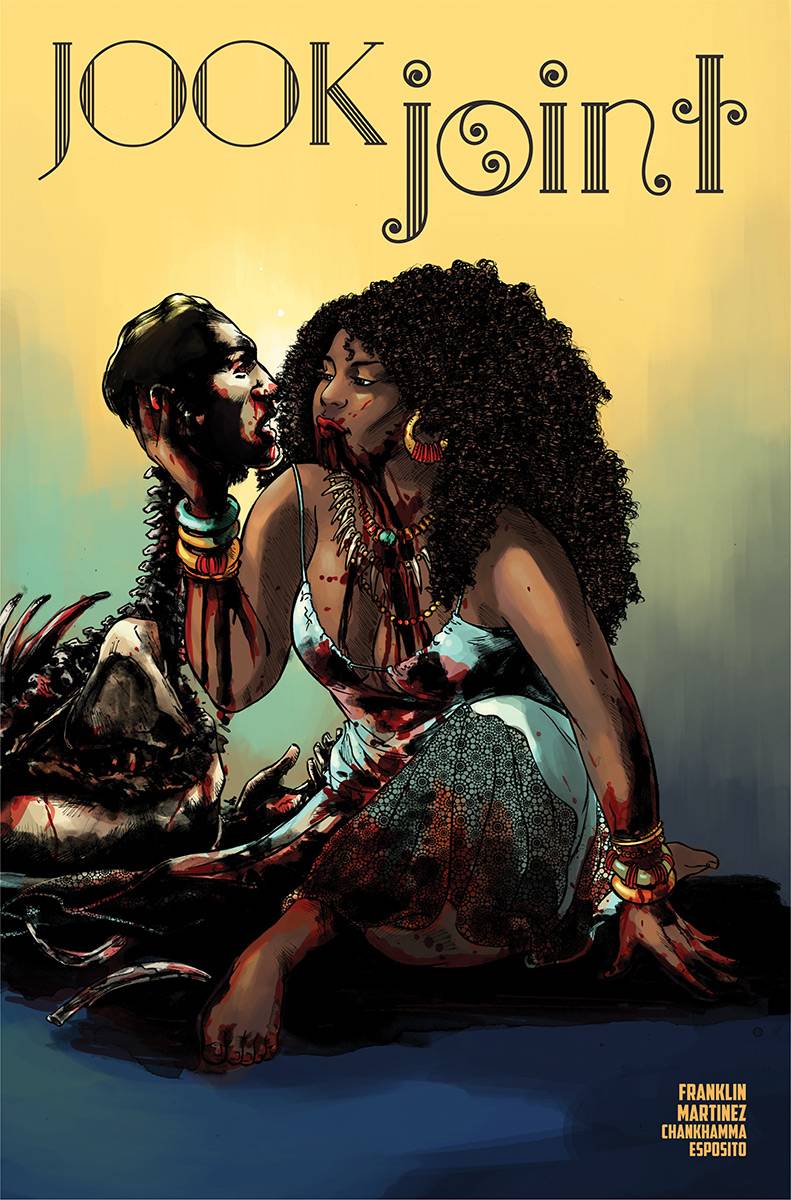 It’s a big week for Marvel too! First off, The Shatterstar Mini-series debuts with issue #1 (of 5). A gladiator, a warrior, a hero…the man called Shatterstar has been many things, but one thing he’s always been is deadly. He’s not a man you want to cross or you’ll learn that fact all too well. Walk back into the darkness with Shatterstar.

Doc Ock makes his return in Superior Octopus #1 as part of the Spider-Geddon tie in! Doc Ock has set up shop as San Francisco’s protector, but you won’t believe his methods. Some of Otto Octavius’s new super hero strategies may make Spider-Man regret letting him free, but the good doctor swears that he’s the SUPERIOR OCTOPUS! 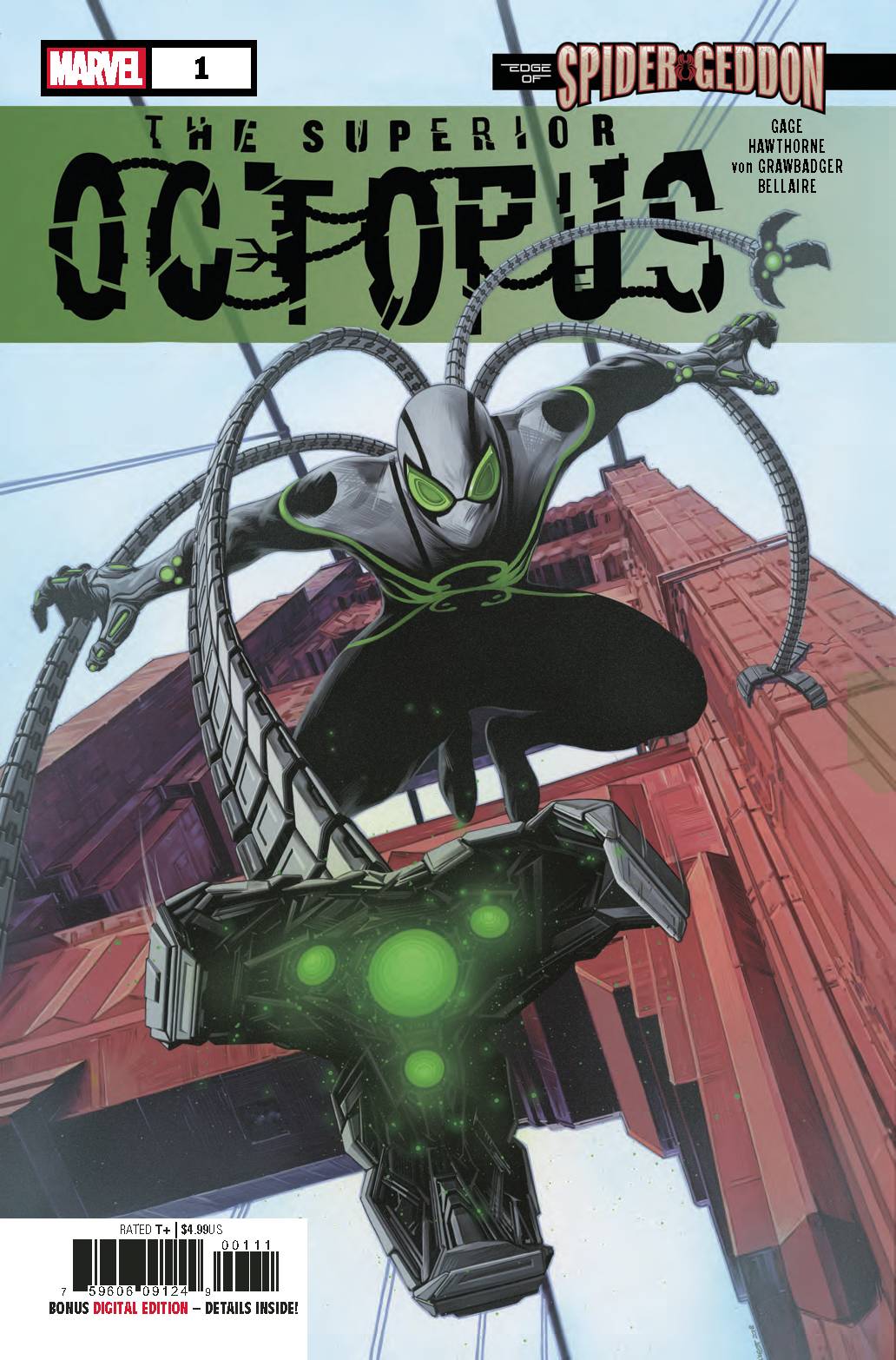 Another one-shot kicks off some new What If’s this week with What If Spider Man #1! What if Peter Parker wasn’t the one bitten by the radioactive spider? What if the person who got bit was someone who didn’t live by the mantra of “with great power comes great responsibility”? What if that person was an egotistical bully who was only interested in taking care of himself? What if…FLASH THOMPSON became Spider-Man? 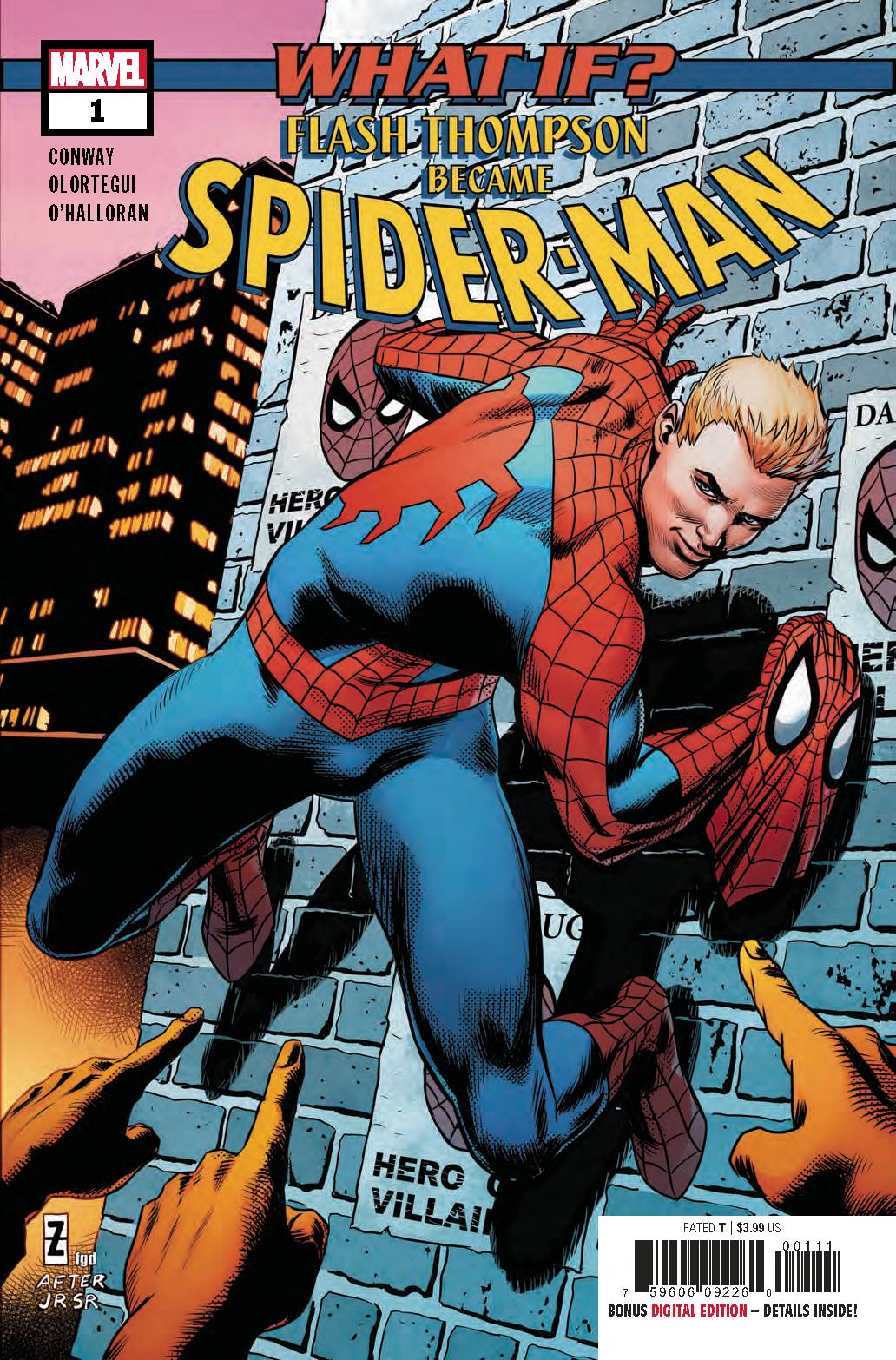 Lastly from Marvel this week, X-Men Black begins with Magneto #1! MAGNETO IS BACK! …and so is Chris Claremont! For years, Magneto has done everything he can to achieve his goals for mutant domination. But now Magneto has declared that enough is enough. So what revolutionary plan does Magneto have that will change the face of mutantkind? And will anyone be able to stop him? Will anyone want to? PLUS: Includes Part 1 of X-MEN BLACK: APOCALYPSE the back up story by Zac Thompson, Lonnie Nadler, and Geraldo Borge. 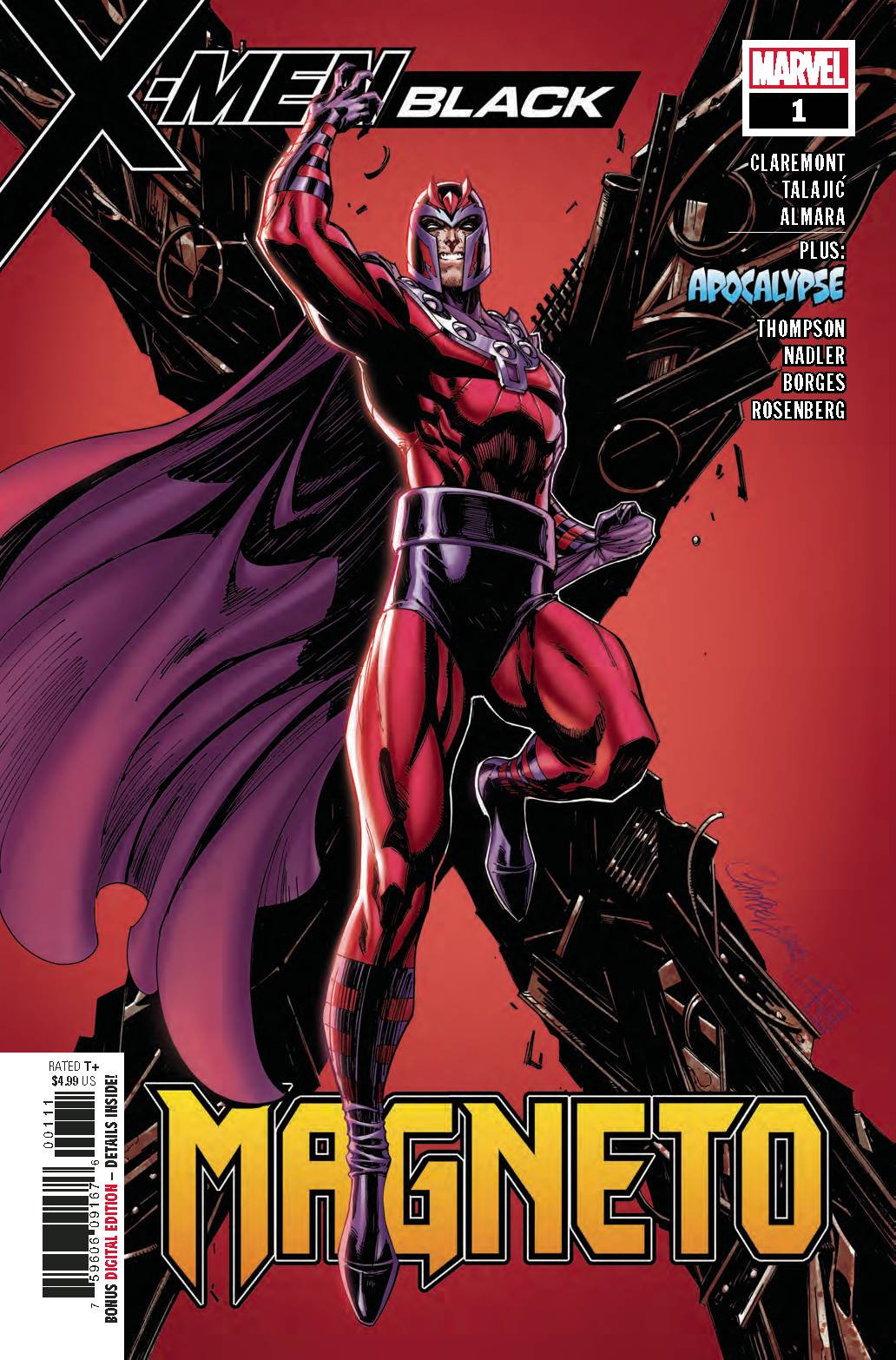 From AfterShock this week a new horror series debuts called Lollipop Kids #1! When immigrants came to the new world they didn’t only bring their hopes and dreams, they also brought their MONSTERS. Years ago, early settlers locked these monsters away in a secret prison deep in the woods of New Amsterdam so that they would never return to the Old World again. Those woods have since become Central Park and now the monsters have escaped! Nick, a 14-year-old Harlem resident, finds out that he is a “legacy” to a secret society that for the last 400 years has kept monsters in check. Now Nick and a ragtag group of kids just like him have to put the monsters back before they get out of the park and destroy the city. 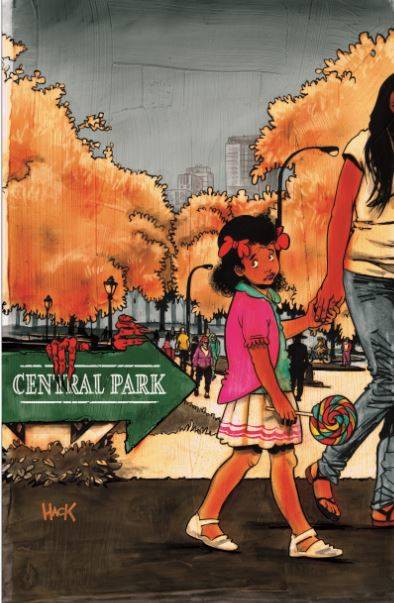 Adventures of the Super Sons #3

My Little Pony Friendship is Magic #71

Asgardians of the Galaxy #2

Archie and Me Comics Digest #11

Ripley’s Believe it or Not #1