April is here and man is this month HUGE with new releases! Plus we are a month away from Free Comic Book Day! Anyhow, lets jump right in and get to this weeks books!
From Dark Horse this week, Frank Miller returns to the world of 300 with Xerxes Fall of the House of Darius #1 (of 5). Persian King Xerxes sets out to conquer the world to avenge his father Darius’s defeat and create an empire unlike anything the world has ever seen . . . Until the hardy Greeks produce a god king of their own, Alexander the Great. Frank Miller writes and draws this long-awaited companion to his masterpiece, 300! 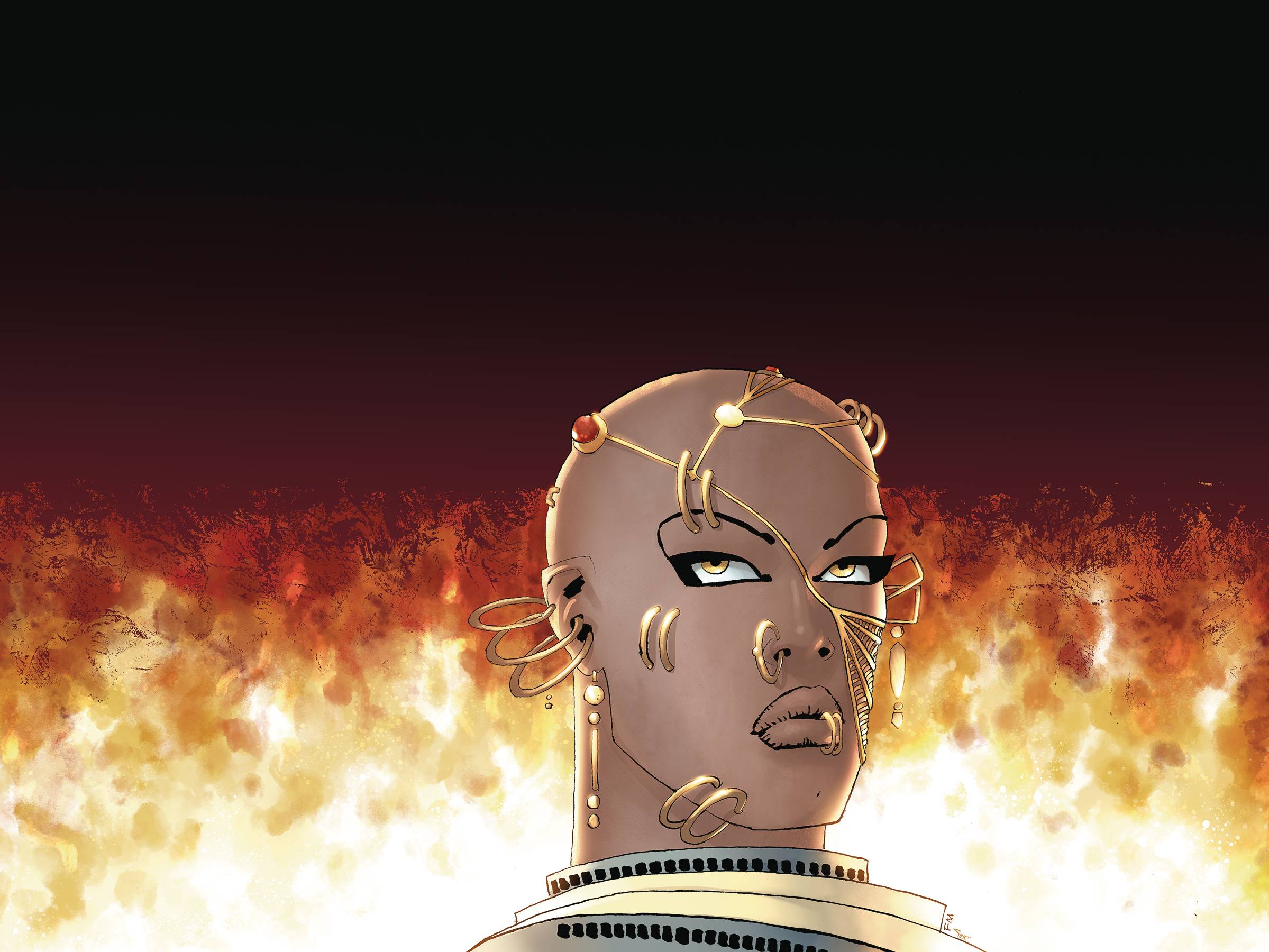 From DC this week, Batman #44 hits the stands with a story called “something Blue” written by Tom King with art by Mikel Janin. Follow Batman and Catwoman on two separate but parallel paths as their wedding planning kicks into high gear. Selina picks out her dress, and Bruce starts to make arrangements for their new life together-but this being Gotham City, and they being Batman and Catwoman, you can bet that nothing will go as expected! 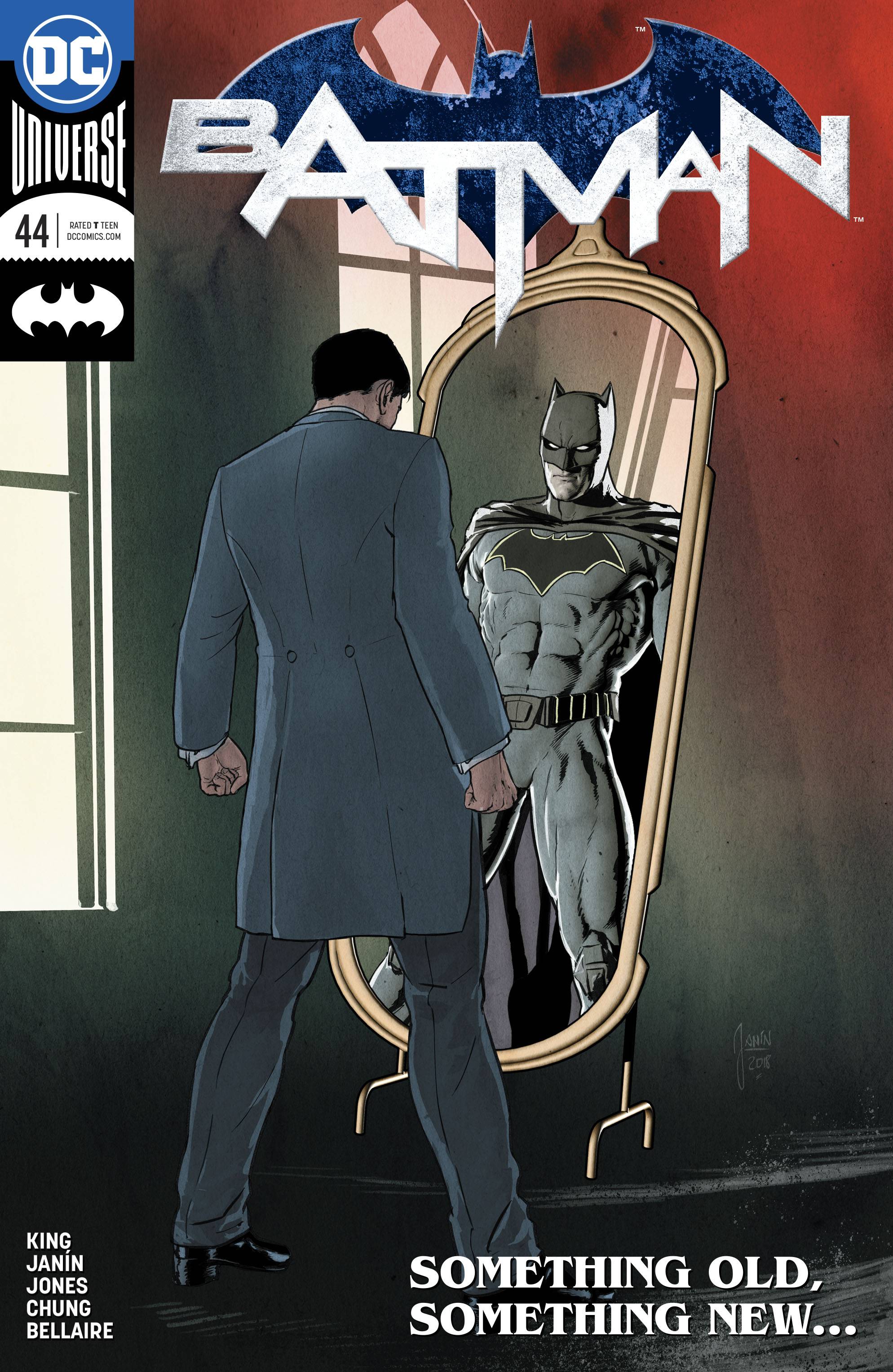 Also this week, the New Age of Heroes grows with Curse of Brimstone #1. Written by Justin Jordan with art by Phillip Tan. Joe Chamberlain would do anything to save his small, forgotten town-even make a deal with the devil. But things get worse, and Joe finds himself cursed with the power of BRIMSTONE. With the power of fire and destruction coursing through his hands, Joe must now track down and destroy the demon he made his deal with before the power he now wields destroys the town he was trying to save. But as the fiery pain inside him grows, can this young man overcome his own demons before his power rips him apart from the inside out? 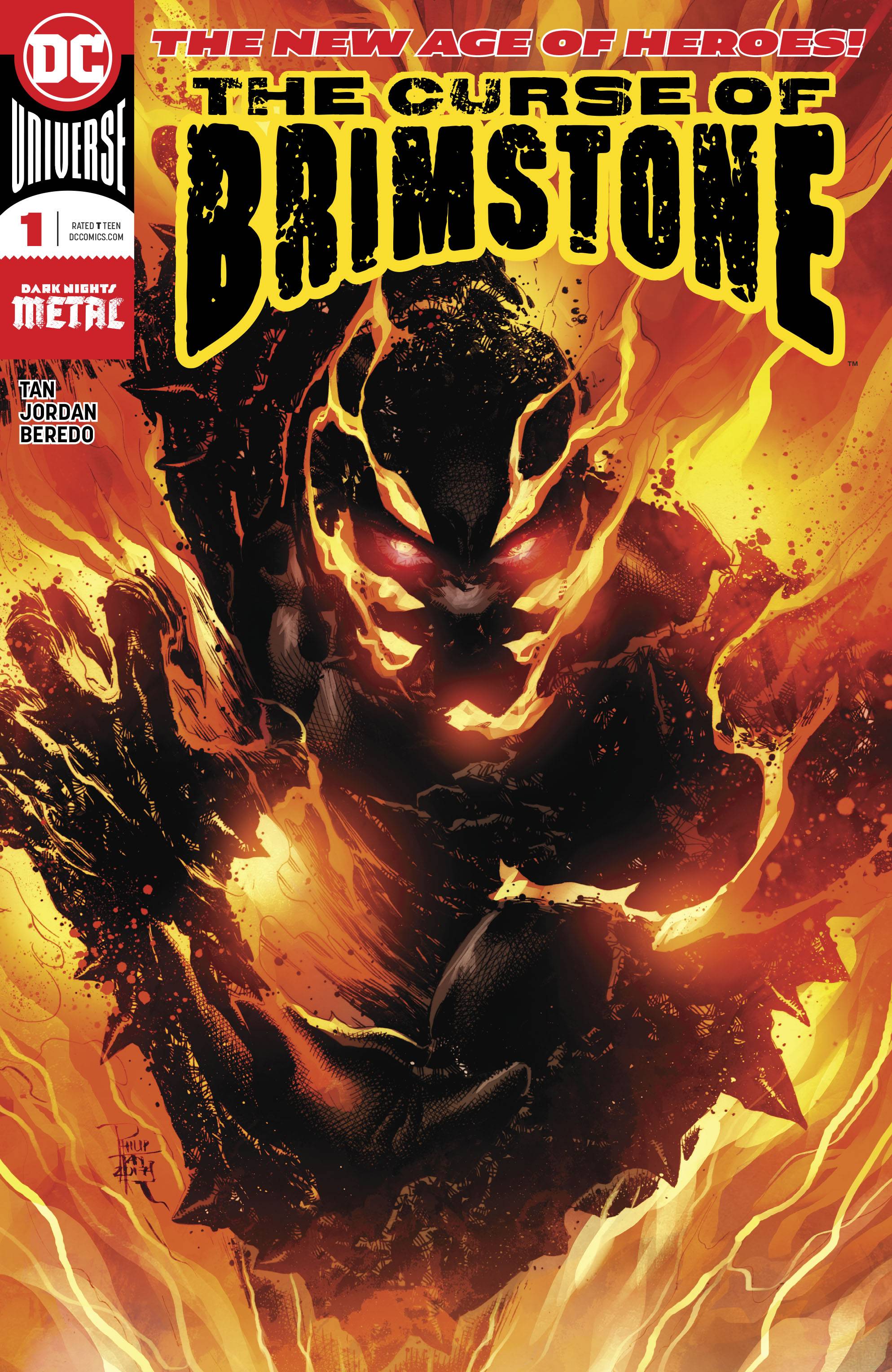 Lastly, in Deathstroke #30 this week, the six issue story arc “Deathstroke Vs. Batman” begins! When Batman discovers a mysterious package containing DNA test results proving that he is not Damian Wayne’s biological father, the Dark Knight sets his sights on his son’s true father-Deathstroke! But Damian Wayne can’t really be Slade Wilson’s son-can he? And who sent the package-and why? The ultimate custody battle ensues as the World’s Greatest Detective and the World’s Deadliest Assassin clash in this instant classic! 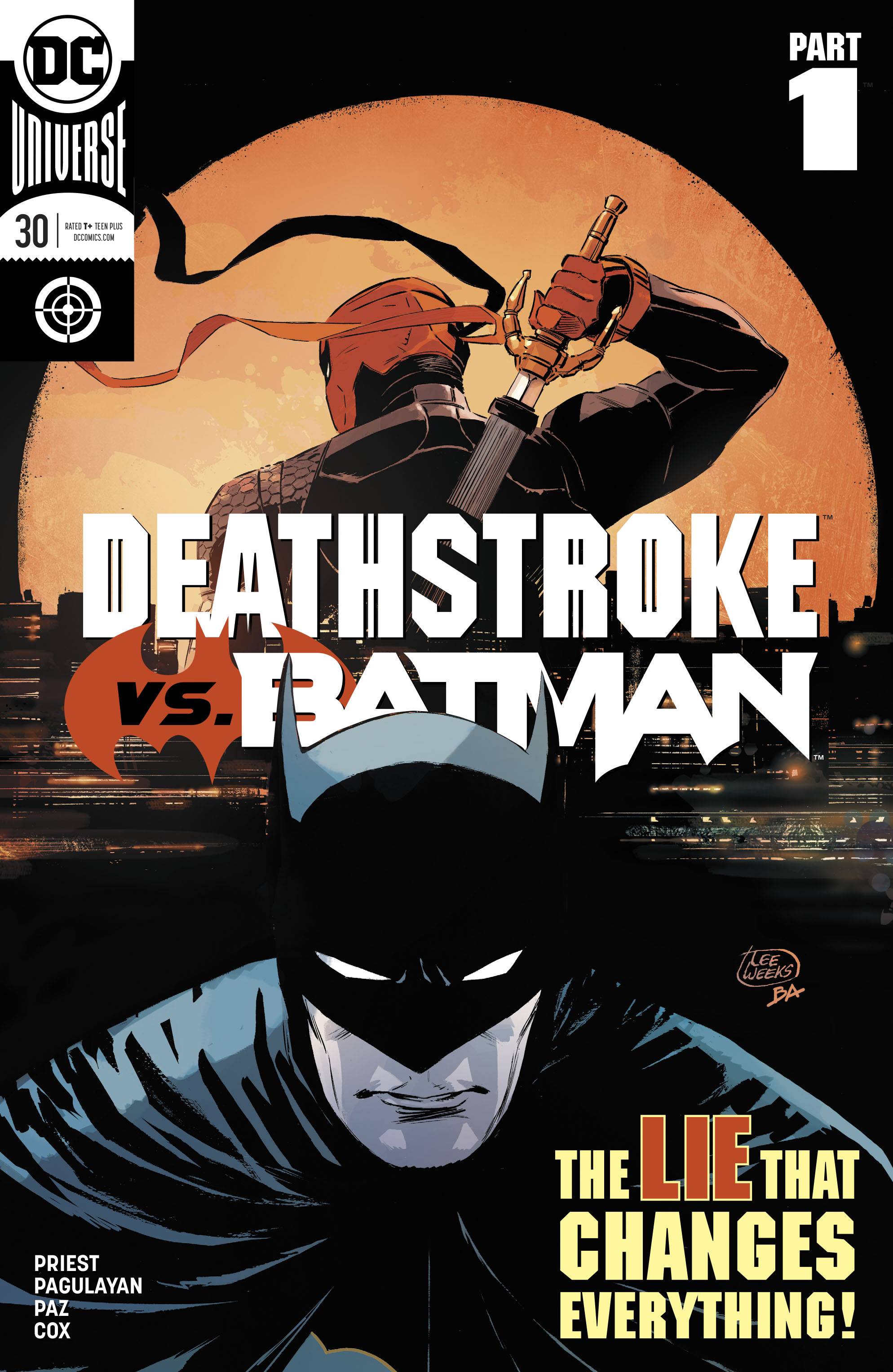 From IDW this week, Sonic the Hedgehog is back! SONIC’S RACING INTO A NEW ADVENTURE! After defeating the evil Dr. Eggman’s latest plot, Sonic is racing around the world to shut down the robotic Badnik forces that are still attacking villages. But it’s a big job for one person-even Sonic the Hedgehog! Fortunately, he’ll have some help from his best friend: Tails! 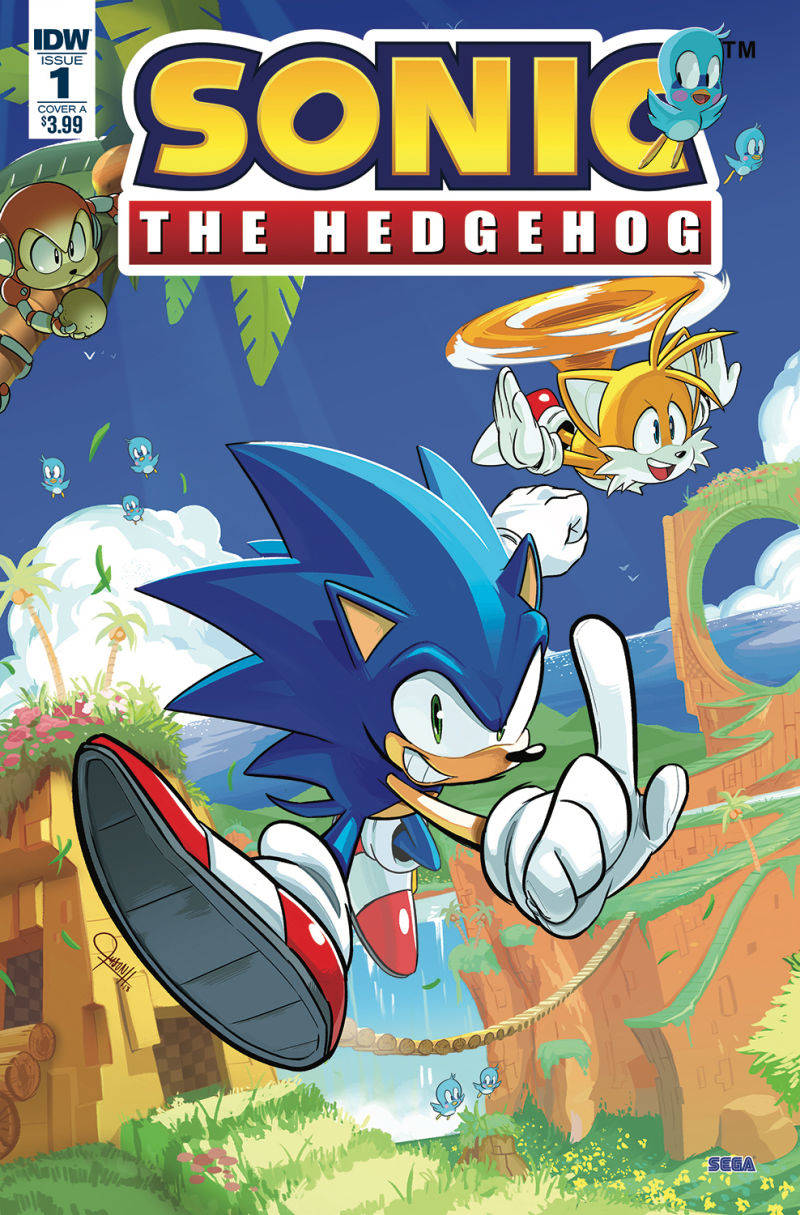 From Image this week, a new series from writer Gerry Duggan and artist David O’Sullivan hits shelves called Analog. Five years from now: the security of the internet has been totally destroyed. Secrets are no longer sent over the web, they’re entrusted to armed couriers called “Ledger Men,” like human punching-bag Jack McGinnis. He’s got a gun in one hand and a briefcase handcuffed to the other. Danger lurks around every corner, and Jack has to watch his back-because he had a part in the cyber attack that changed the world. Get in on the ground floor of this new ongoing series and thrill as we slam Jack’s fist into the faces of spies, mercs, fascists, and eventually less punchable adversaries like a very grumpy artificial intelligence. 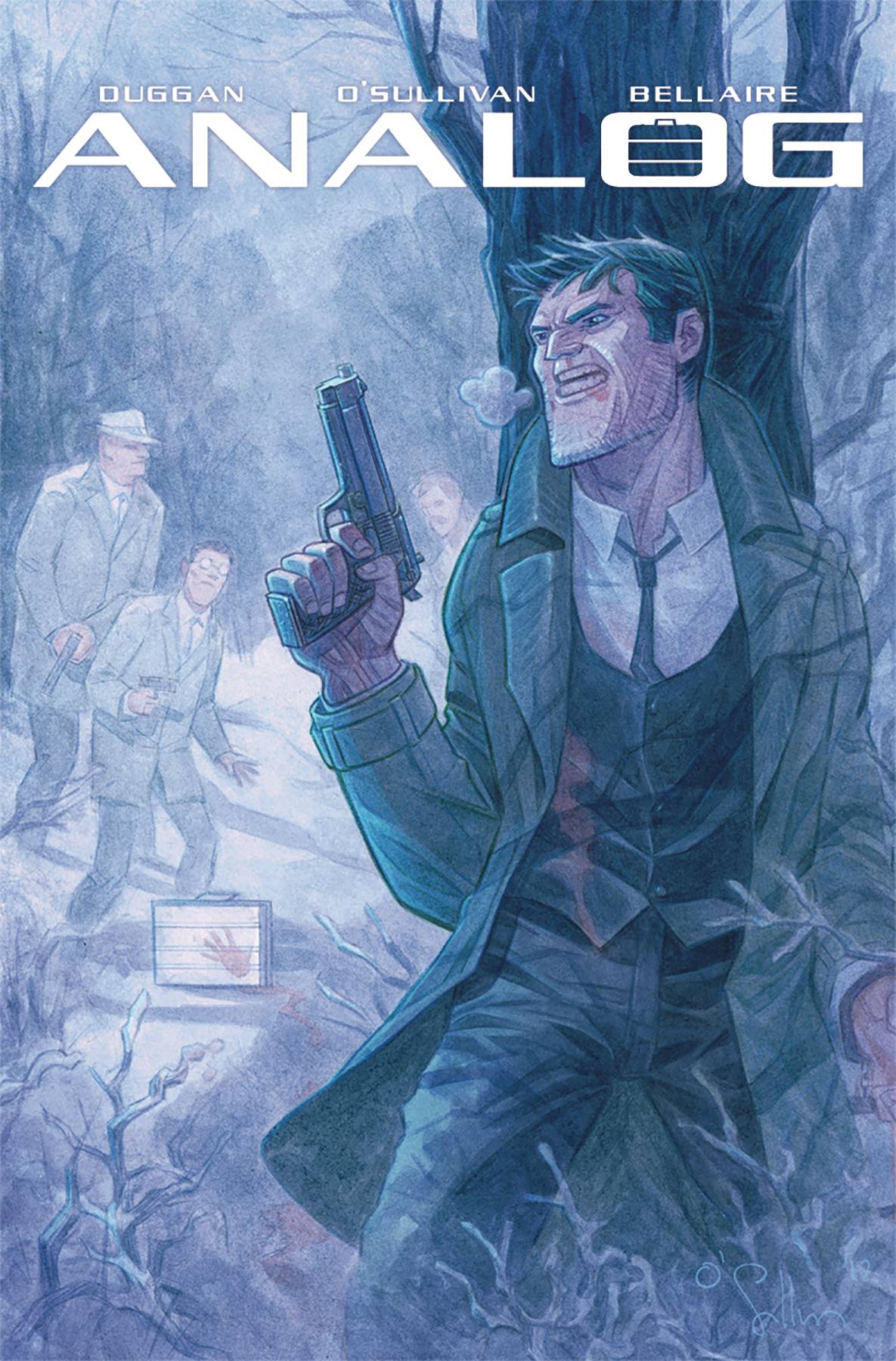 Also debuting this week is Brenden Fletcher and Karl Kerschl’s new book Isola, a breathtaking fantasy adventure two decades in the making! The captain of the Royal Guard has fled the capital city with the Queen of Maar, suffering under the effects of an evil spell. Captain Rook’s only hope of returning Queen Olwyn to her throne and saving the kingdom from impending war lies on an island half a world away-a place known in myth as Isola, land of the dead. 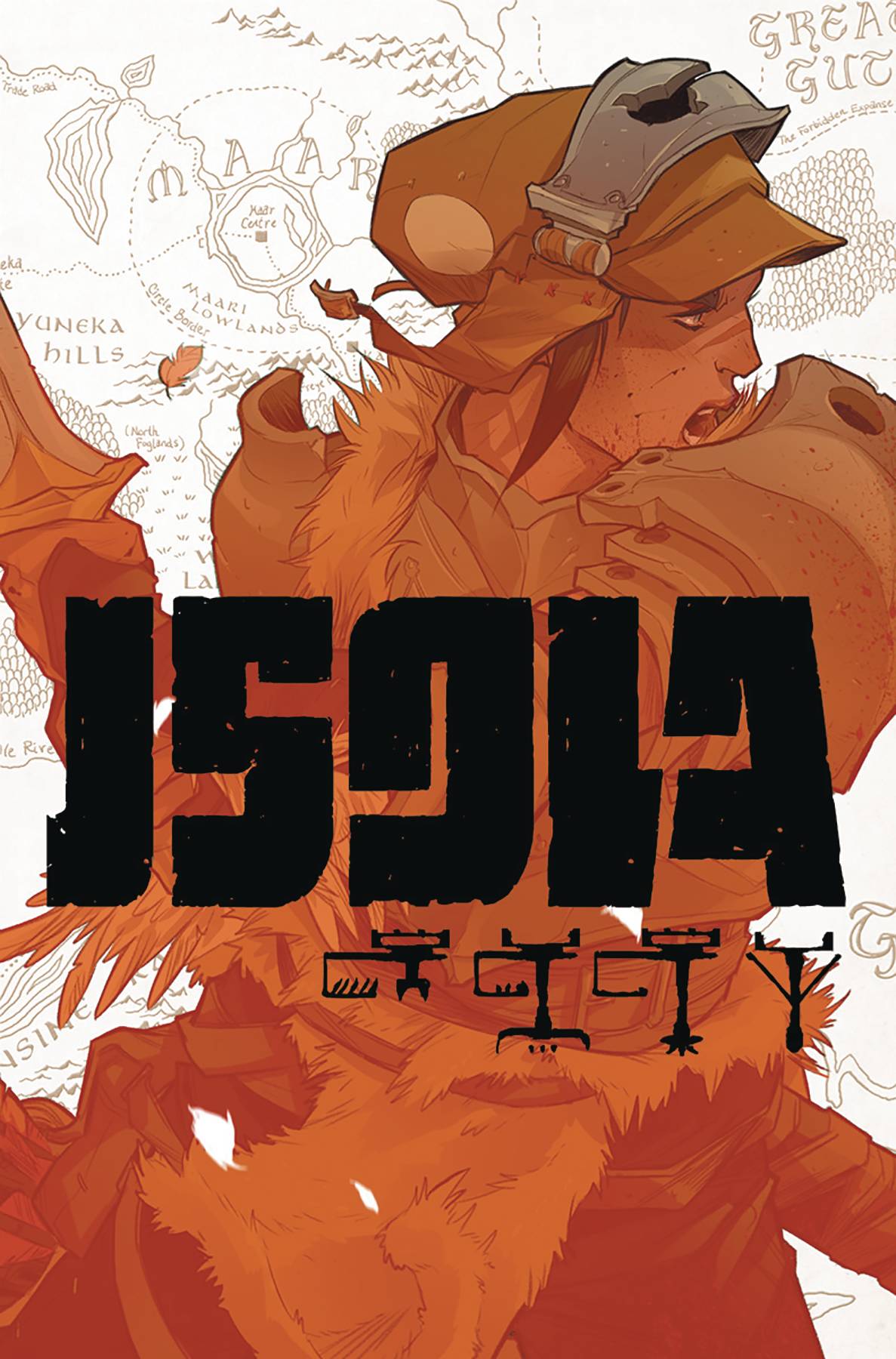 Lastly from Image this week, Spawn #284 hits the stands written by Todd McFarlane with art by Jason Shawn Alexander and a beautiful cover by Francesco Mattina. This issue features the re-creation of Spawn’s arch villain The VIOLATOR with a new look and new powers! 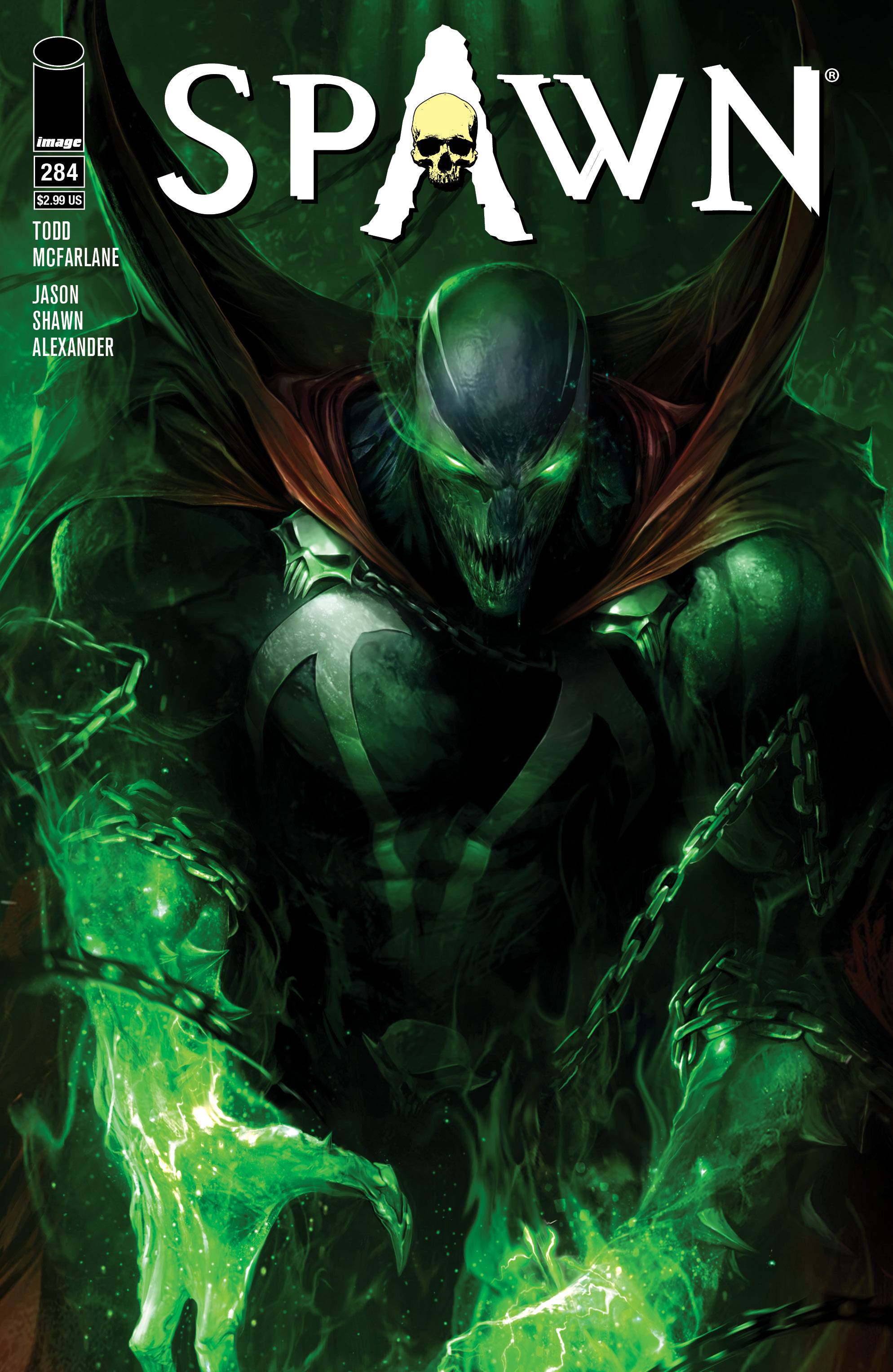 From Marvel this week, Amazing Spider Man swings in with the Marvel confirmed first appearance of the Red Goblin! Dan Slott’s final SPIDER-MAN story continues! The GREEN GOBLIN HAS RETURNED – and he’s exacting his ultimate revenge not only on SPIDER-MAN, but on everyone the wall-crawler loves! Norman Osborn’s offering NO QUARTER, an ultimatum that threatens to finish PETER PARKER once and for all! 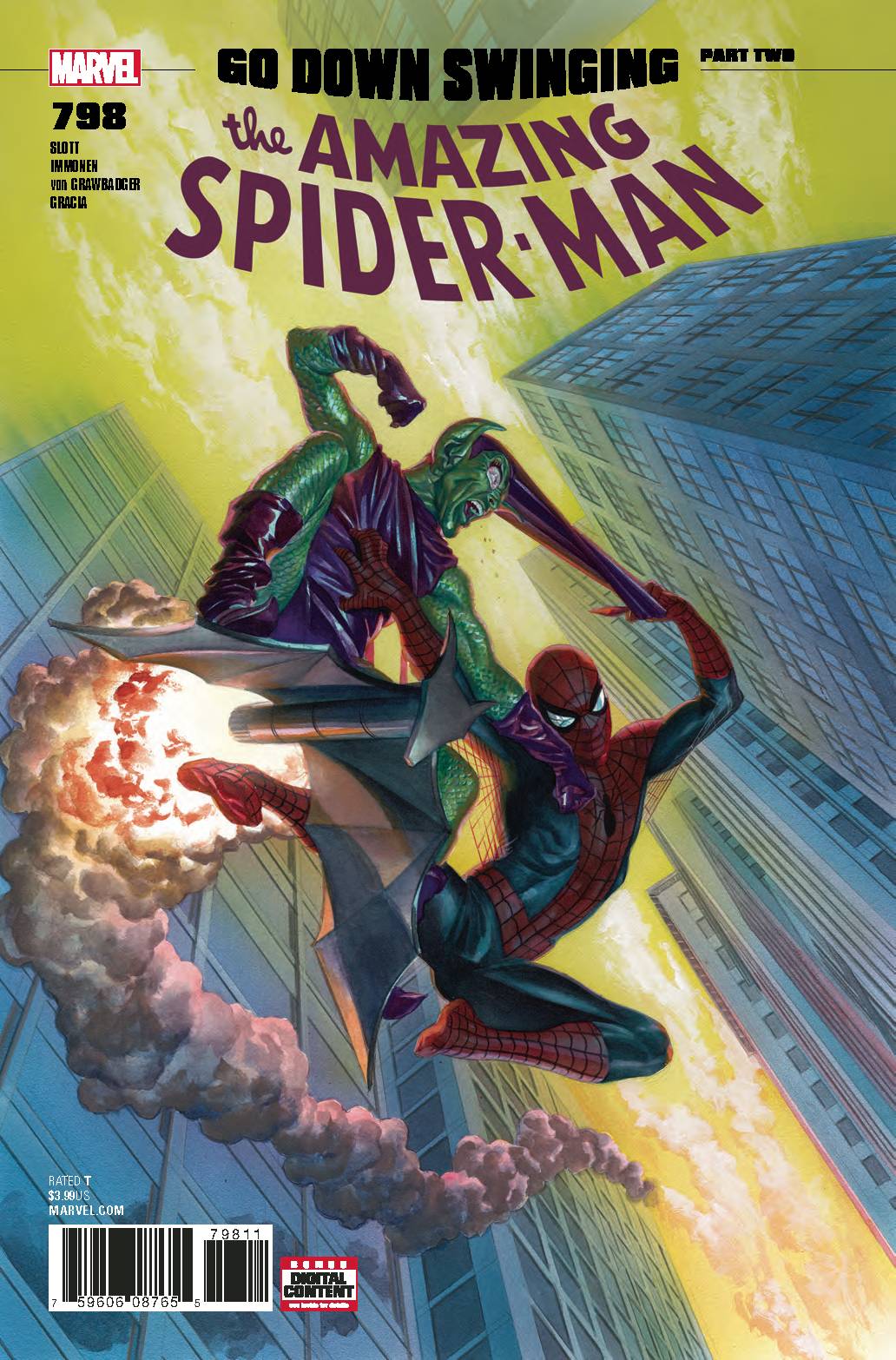 Also from Marvel this week, Venomized #1 hits stands written by Cullen Bunn with art by Iban Coello. The story that began in VENOMVERSE reaches its epic conclusion with VENOMIZED! The POISONS, a species that hungers for super-powered symbiotes and their hosts, have picked their next target…THE MARVEL UNIVERSE ITSELF! Their first objective? Put every superhuman in a Klyntar symbiote – and CONSUME THEM! But with VENOM and the X-MEN still missing after the events of “Poison-X,” the planet, and its heroes, is defenseless! 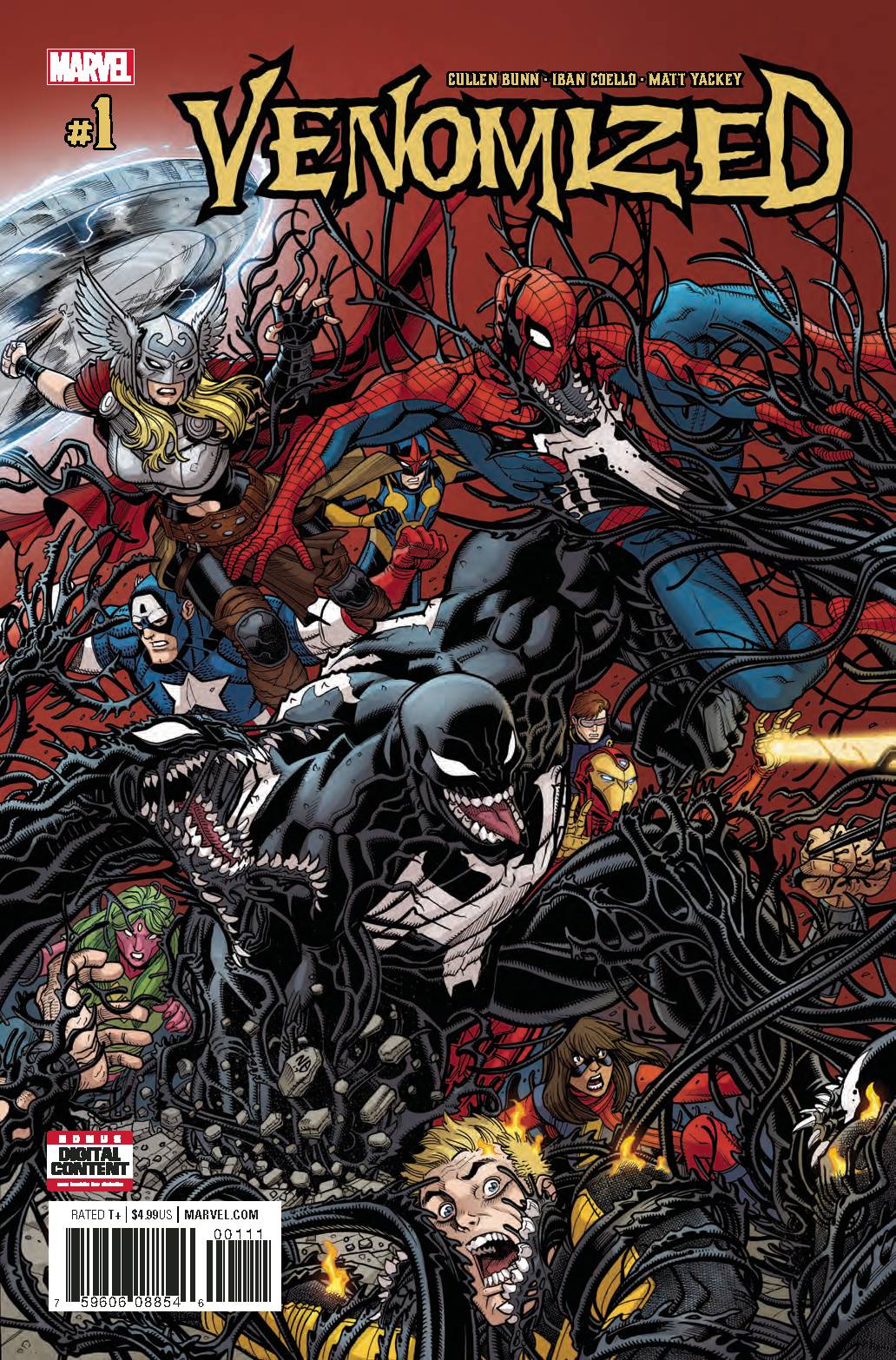