Diamond Comic Distributors has released their top products for January of 2018!! Is your favorite book in the top ten list? Marvel tops the list with the most amount of “new titles shipped,” but DC tops the list with, in general, “units shipped,” and “dollars invoiced.” That sounds like more people are, at least, more optimistic about the new Marvel books, but in general, enjoy the DC titles? What do you guys think? 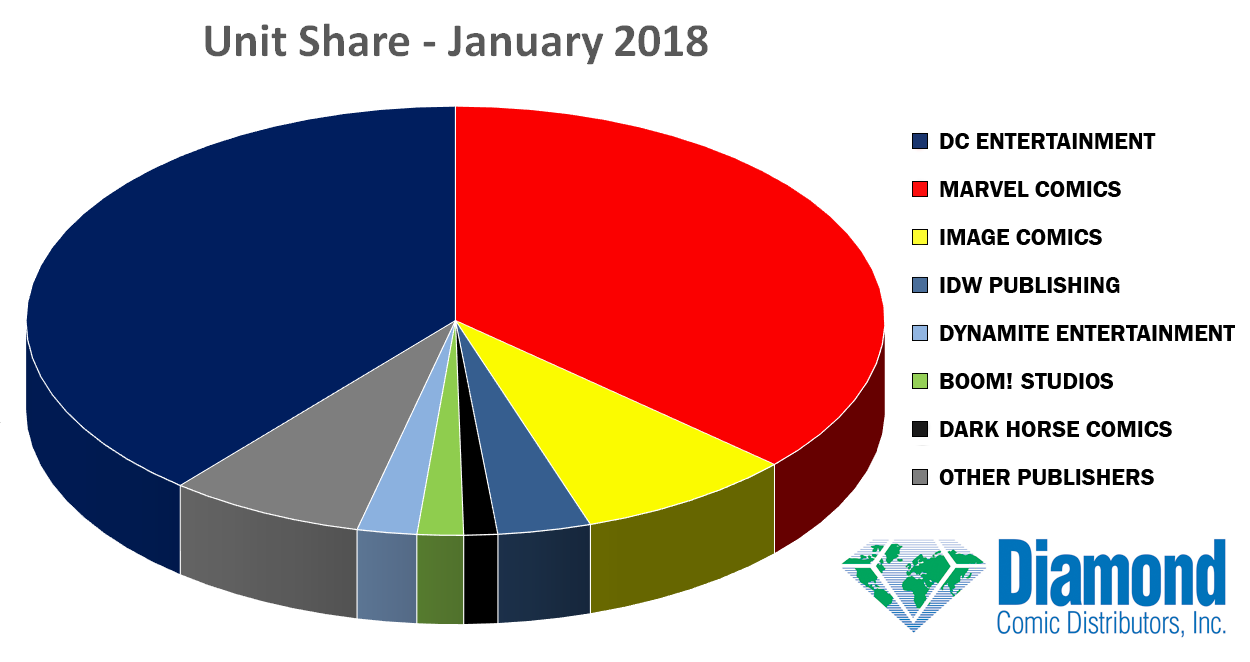