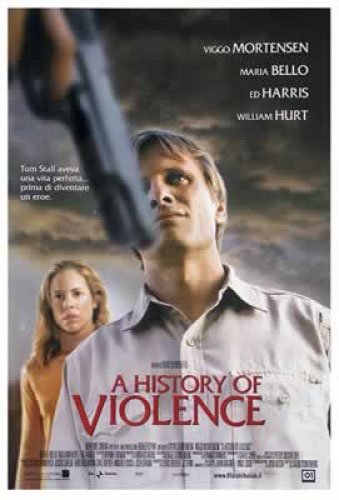 How long does it take for a convicted felon to be discovered, once he goes on the lamb? That’s a part of what we find out during out next episode!! We’re talking about the 2005, Viggo Mortensen movie, A History of Violence!

Technically Tom Stall is not in the witness protection program, he’s just on the run, and has started a new life. On the road for something like twenty years, Tom, we think, believes that he is no longer Joey Cusack, an ex member of the mob. That is, until Carl Fogarty (Ed Harris) visits Tom, having seen him on the news, saving a few of the townsfolk residents. Carl, is a member of the mob that Tom was running away from, and now Carl wants Tom to come back in order to face mob justice. Will the family stay together amidst all of the madness? Does Tom remember Joey, and do they end up going back to a life of crime?