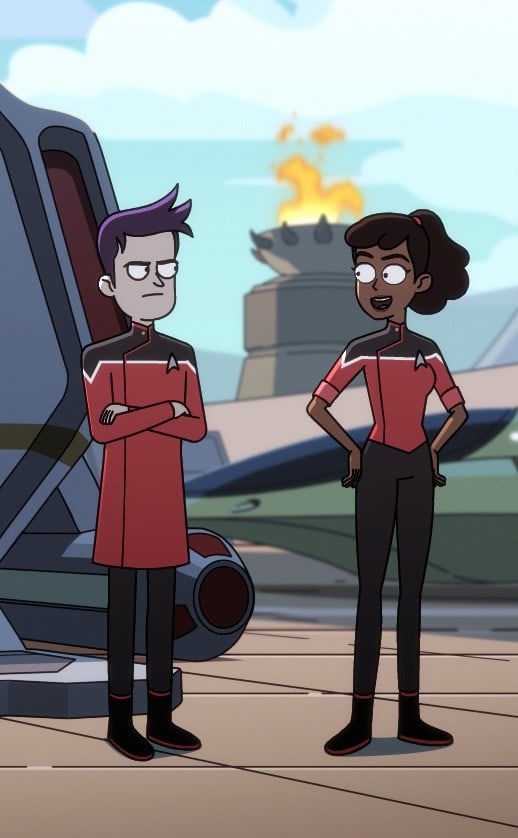 In the future, 2020 will be known for many things. Some good, and some bad. The topic  of today, will be viewed as good for some, and bad for others! Give us a listen, go watch the show, and let us know what you thought about it! We are speaking about the Star Trek show, Lower Decks!

Stare Trek: Lower Decks is an animated series, is all about the “lower deck” crew members of the Cerritos. It stars Tawny Newsome, Jack Quaid, Noel Wells, and Eugene Cordero. Lower Decks is a comedy based animated series, that will remind you a little bit of shows like Futurama, American Dad, etc. At the time of this recording, there were only three episodes out, which of course could change our minds in the future, but for now, it’s all we had to go by. What do you all think of this more raunchy, mature, animated series?