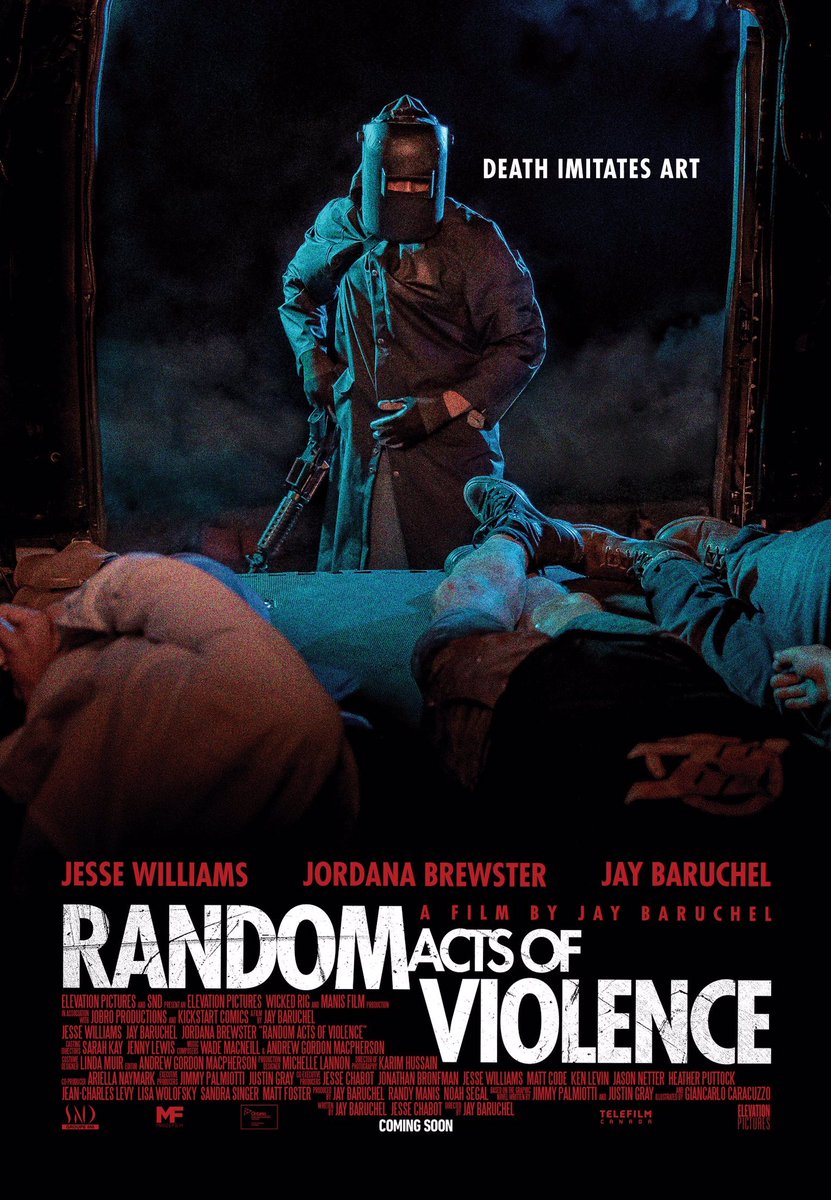 What do you do when there is a serial killer, known for the area in which he kills people? You AVOID that area, duh!!! Well, for this movie, we’re talking about the Shudder movie, Random Acts of Violence.

Released in 2019 in Canada, and on Shudder in 2020, in the United States, it’s a modern day slasher movie. In the movie, Todd & Ezra, have made a living based off of a serial murderer named Slasherman, who was based of a real “in universe” serial killer. For the final issue, they’ve planned to go to the town in which these murders took place. While they’re in town, the murders start happening once more. In a very meta twist, the ending brings a close to a comic book tied murder spree!!