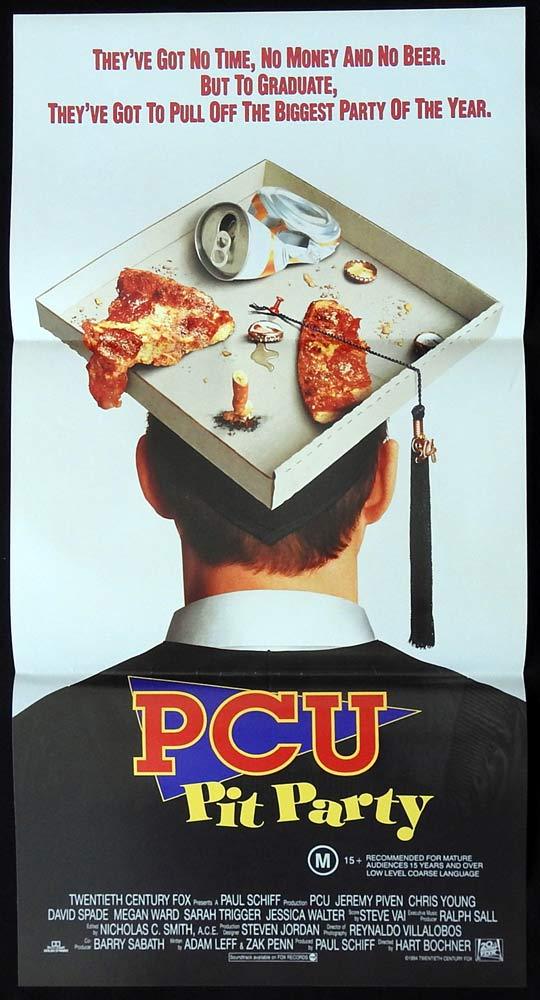 It was 1994 when our latest pop culture classic, was filmed. This movie featured many names that are now, pretty household; Jon Favreau, Jeremy Piven, David Spade, Jessica Walter, etc. Not sure that this is one of their most memorable appearances in a movie, but it was a thing.

We are of course talking about the college comedy, PCU. PCU tells the story of a soon to be freshman, who is visiting PCU, before he is to attend the next year. He meets all of the different groups that make up the college, which of course, play on every single college troupe that you can imagine. Whether you’re going to college as a pothead, a feminist, a partyer, or whatever, you’re represented in this movie. We also speak about how hard this movie is to actually find, legally. It’s almost as if the movie Gods have tried to erase it from existence!!