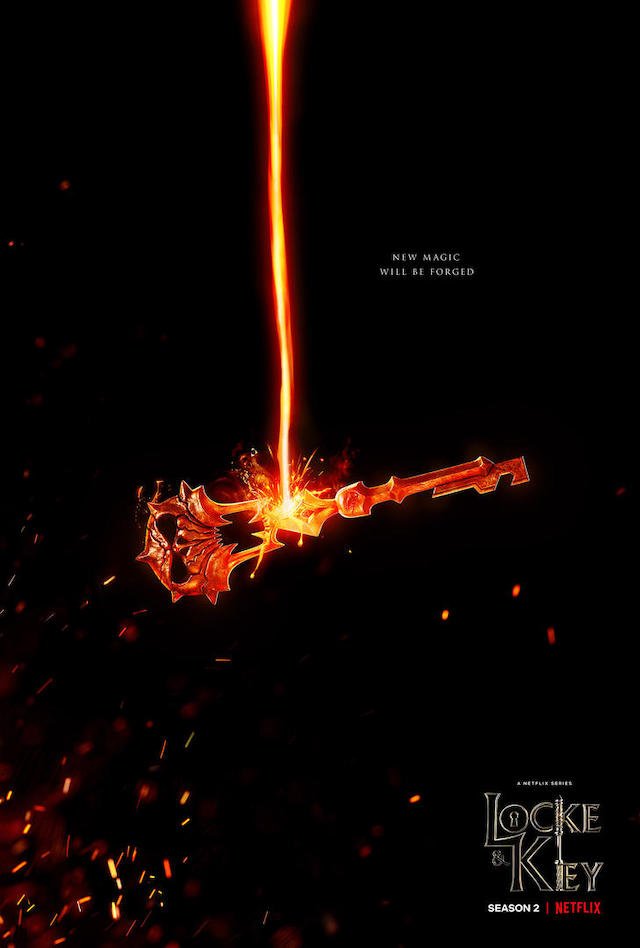 Season one of Locke and Key came with much excitement and hype, and for the most part, I think that we all thought it lived up to most of those expectations! Here we are at season 2, leaving off pretty much where the first season ended, and trying to find out where the Locke’s are now, and what new keys are there out there floating around!

“Locke & Key is a 2020 American supernatural horror drama streaming television series developed by Carlton Cuse, Meredith Averill, and Aron Eli Coleite, based on the comic-book series of the same name by Joe Hill and Gabriel Rodríguez. It premiered on Netflix on February 7, 2020. The series stars Darby Stanchfield, Connor Jessup, Emilia Jones, Jackson Robert Scott, Laysla De Oliveira, Petrice Jones, and Griffin Gluck. In March 2020, Netflix announced that the series had been renewed for a second season which premiered on October 22, 2021. In December 2020, ahead of the second season premiere, the series was renewed for a third season.“

The Locke kids think that they’ve rid themselves of Dodge, and have now found themselves the owners of a few new keys!! The audience knows better than to believe that Dodge is gone, and instead, is just carrying a different face, and now with a mostly loyal subject at his side! What else do we learn about this family, making keys, and new dangers around the corner? Check out season 2, and let us know what you all think!