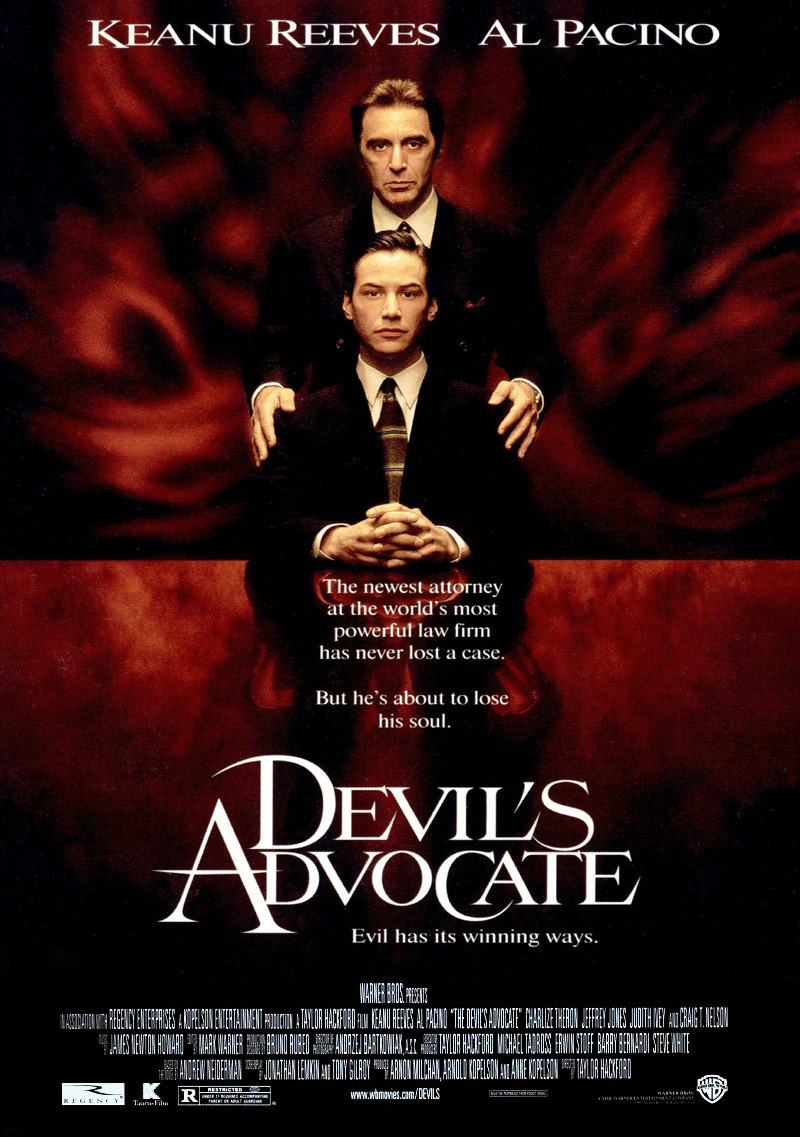 We’re going all the way back to 1997 for today’s episode!! It’s pop culture classic time, and we’re going back to a star studded film! This film apparently was such a big deal when it came out, and stirred a lot of controversy in some religious circles! We’re not here to judge whether the good or bad press was warranted, only to speak about the movie itself! We are of course talking about the Charlize Theron, Al Pacino, & Keeanu Reeves film, The Devil’s Advocate!

“Aspiring Florida defense lawyer Kevin Lomax (Keanu Reeves) accepts a high-powered position at a New York law firm headed by legal shark John Milton (Al Pacino). As Kevin moves up in the firm’s ranks, his wife, Mary Ann (Charlize Theron), has several frightening, mystical experiences that begin to warp her sense of reality. With the stakes getting higher with each case, Kevin quickly learns that his mentor is planning a far greater evil than simply winning without scruples.”

This is the story of a crazy good/lucky lawyer, who is moving up in the world! He’s gotten a huge partnership, and he seems to be in the mood to do whatever it takes to keep moving upward, and forward, at the cost of his wife and family! But, as stated in the title of the movie, things are not as they seem with John, Kevin’s new boss!! This is a wild ride, and if you haven’t seen the movie, the twist is a big/weird one!