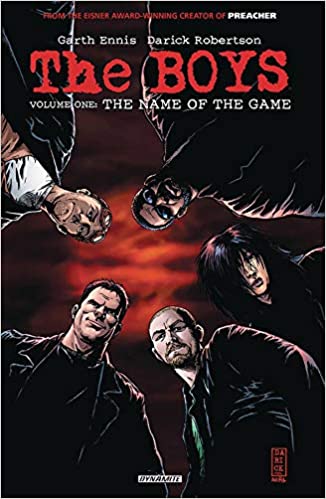 “The Boys is an irreverent take on what happens when superheroes, who are as popular as celebrities, as influential as politicians and as revered as gods, abuse their superpowers rather than use them for good.”

By the end of 2019 Dynamite had sole almost $4.5 million worth of omnibuses, which is about 150000 omnibuses! To say that this comic book was popular would probably be a bit of an understatement. The wild thing is that raw, you can find these books for a pretty decent price in the wild. PLUS this is a comic book that started the popular series of the same name, The Boys! Three seasons deep, many deaths, and many more crazy scenes, it’s still running wild! The Book is probably the first thing that you should pick up, before you pick up the show, if you have never been exposed to The Boys!