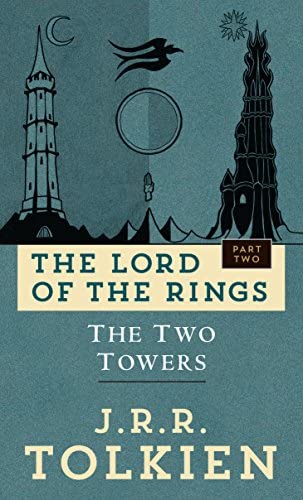 “The quest stands upon the edge of a knife. Stray but a little, and it will fail, to the ruin of all. Yet hope remains while the company is true.” Galadriel’s last words to the fellowship before it all but came apart at the seems. We’re still going along the Lord of the Ring train tracks onto part two of this amazing trilogy. We are of course talking about The Lord of the Rings: The Two Towers.

“The sequel to the Golden Globe-nominated and AFI Award-winning “The Lord of the Rings: The Fellowship of the Ring,” “The Two Towers” follows the continuing quest of Frodo (Elijah Wood) and the Fellowship to destroy the One Ring. Frodo and Sam (Sean Astin) discover they are being followed by the mysterious Gollum. Aragorn (Viggo Mortensen), the Elf archer Legolas and Gimli the Dwarf encounter the besieged Rohan kingdom, whose once great King Theoden has fallen under Saruman’s deadly spell.”

What happens now that the fellowship has all but dissolved, and all of our companions are pretty much separated? Frodo & Sam make a frenemy, who they aren’t sure they can trust, but is taking them much further than they anticipated. Aragorn, Legolas, and Gimli are on the hunt for the Uruk’s who have taken Merry and Pippin. Plus the awesome battle at Helm’s Deep! This might be the most exciting of the three films!