Hello everyone, and welcome to our first interview for Comic Con International 2018!!

Sherrilyn Kenyon is a #1 New York Times Best Seller, and you can absolutely tell that she LOVES her world/characters!! Her writing started WAY back before she ever wrote her first big hit! Sherrilyn has been writing ever since she was a young woman, at the behest of a family member or two. She has characters in her books now, that she has been imagining, and writing about, for over 20 years!! Because of this, her work is much more informed, and fleshed out than normal authors, as these characters, ARE a part of her family. They have lived, and breathed with her for almost her whole life, and you can feel like through her writing!

With over 70 million copies sold, throughout 100 different countries, she is an international star, with an international following! Hitting the #1 New York Times Best Seller in 2007 for Devil May Cry #2, and in 2010 for No Mercy, Sherrilyn is definitely an author that you do NOT want to pass up! 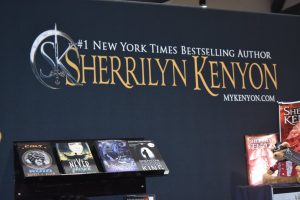 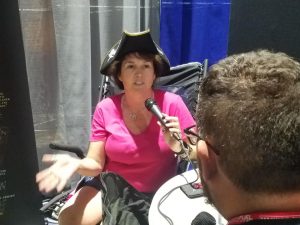 We spoke with Sherrilyn about two of her upcoming books:

Stygian – “Out of darkness comes the light. From the loins of the Stygian Hell, you are born and you will be called Urian – The flame of our new people. And one day, you will be my blade. My vengeance upon them all. They took my son from me, and I take theirs from them. Together, my precious Urian, we will destroy the human race, and all the Gods of this earth. 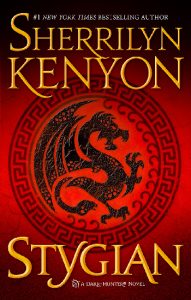 Death Doesn’t Bargain – “But so are the demons who have broken free of their eternal prison and are bent on mankind’s destruction. The worst of the lot is Vine, determined to claim their lives for taking hers. She will see the world burn…and has the perfect lure to destroy them and Thorn, leader of the Hellchasers, once and for all. Kalder Dupree has never known a day of mercy. Born to a mer-race who prides themselves on cruelty, he sacrificed himself for the only woman who has ever shown him kindness. Locked in a hell realm, he doesn’t expect anyone to come to his rescue. He accepts the fact that he was born alone and that he twice died that way once by his own mother’s hand Cameron Jack is determined to set Kalder free. As a Hellchaser Deadman, it’s her calling, but her resolve stems more from the fact that she’s the reason he died in the first place. If not for him, she’d still be suffering. And she cannot allow even a not-so-innocent to be tortured for an act of kindness that spared her damnation.” 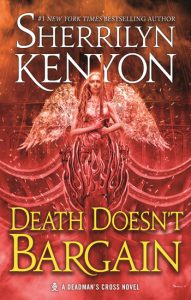